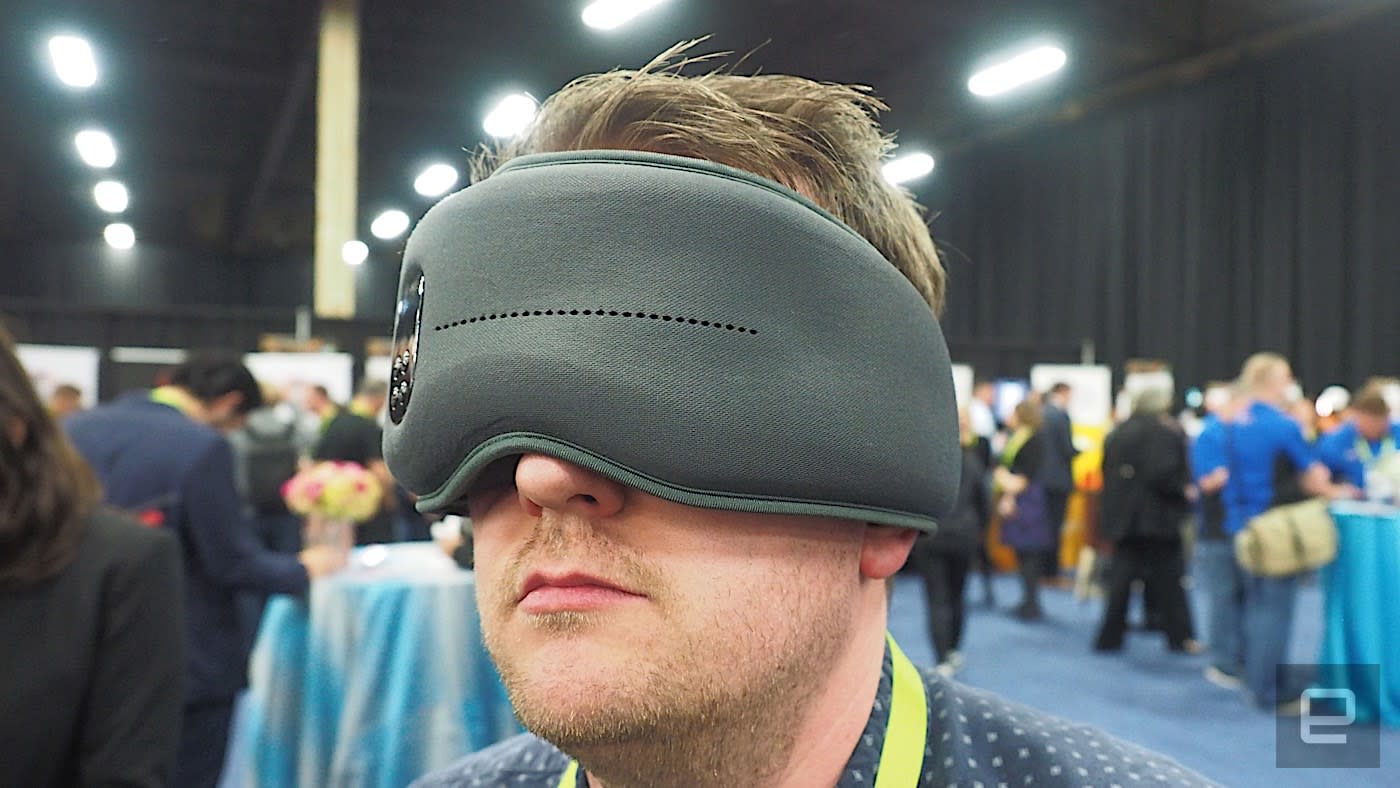 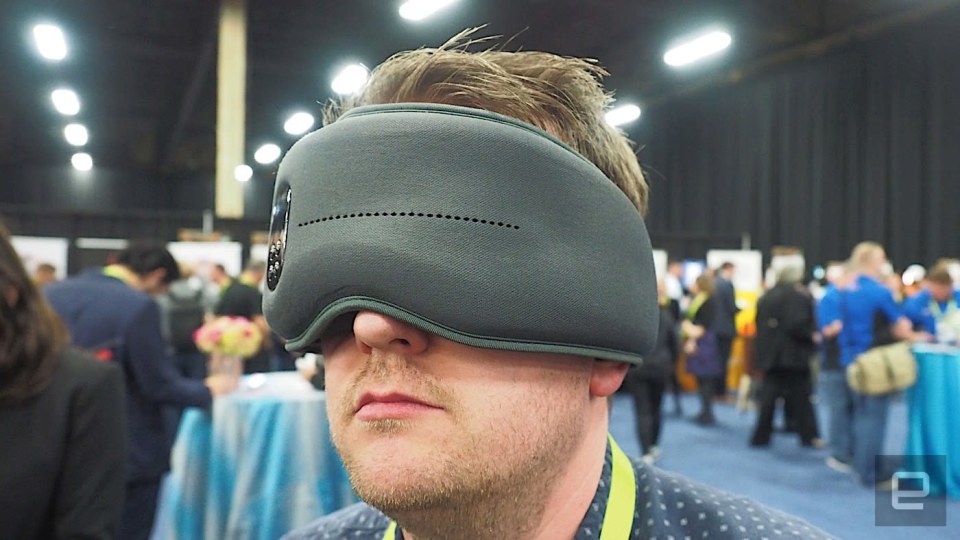 For everyone but the journalists covering the show, CES 2018 is apparently all about catching up on, and improving the quality of, your sleep. One company focused on getting you better-rested is Dreamlight, which is building an eye-mask that, so its founder claims, will help you get some more shut-eye. The chunky foam eye mask wraps around your head and is secured by velcro, with special inserts to ensure no light can peek in around your nose. Inside, however, are flexible circuits that house a quartet of speakers, infra-red sensors, an optical heart-rate monitor and LED panels in front of your eyes. It's comfortable, and the darkness that the eyemask offers is certainly better than the shades you can buy from a corner store.

The LED panels are for the sleep program, and will gently blast you with 15 minutes of orange light in order to stimulate melatonin production. After that point, you'll be shut off from the outside world with the eyemask, which keeps you in a dreamlike state until you set a wake-up time.

When it's time for the new day to begin, the mask will blast increasingly-light green hues toward your eyelids, which is more apparently invigorating than the traditional blue. In addition, the device can play a number of sounds, from white noise to your own music collection.

Of course, the presence of both the optical heart-rate monitor and the accelerometers and gyroscopes in the eyemask means that it can also track your sleep. Using the companion app, you can learn how long you rested the night before, and learn about the quality of your sleep.

The company has partnered with 23andMe, and apparently can craft custom sleep profiles that are tailored to your genetic makeup. One such profile is "Da Vinci's Sleep," and should you have the requisite profile, the company claims you can train your brain to require less sleep and still be productive. In addition, Dreamlight will offer up a six-day jetlag plan to help you get over that special fatigue you feel when you've traveled across several timezones.

Battery-life wise, founder WIll Wu believes that the eyemask will last for up to four nights on a charge, depending on use. If you use the built-in headphones to stream music from your smartphone, for instance, then you can expect that figure to fall.

Dreamlight is preparing to launch on Indiegogo later this month, with prices expected to start at $100, although there's no word on when shipments will begin.

In this article: CES, CES2018, Dreamlight, gear, hands-on, Sleep, Sleepmask, SleepTracking, TL18ZZZ, wearables, WillWu
All products recommended by Engadget are selected by our editorial team, independent of our parent company. Some of our stories include affiliate links. If you buy something through one of these links, we may earn an affiliate commission.