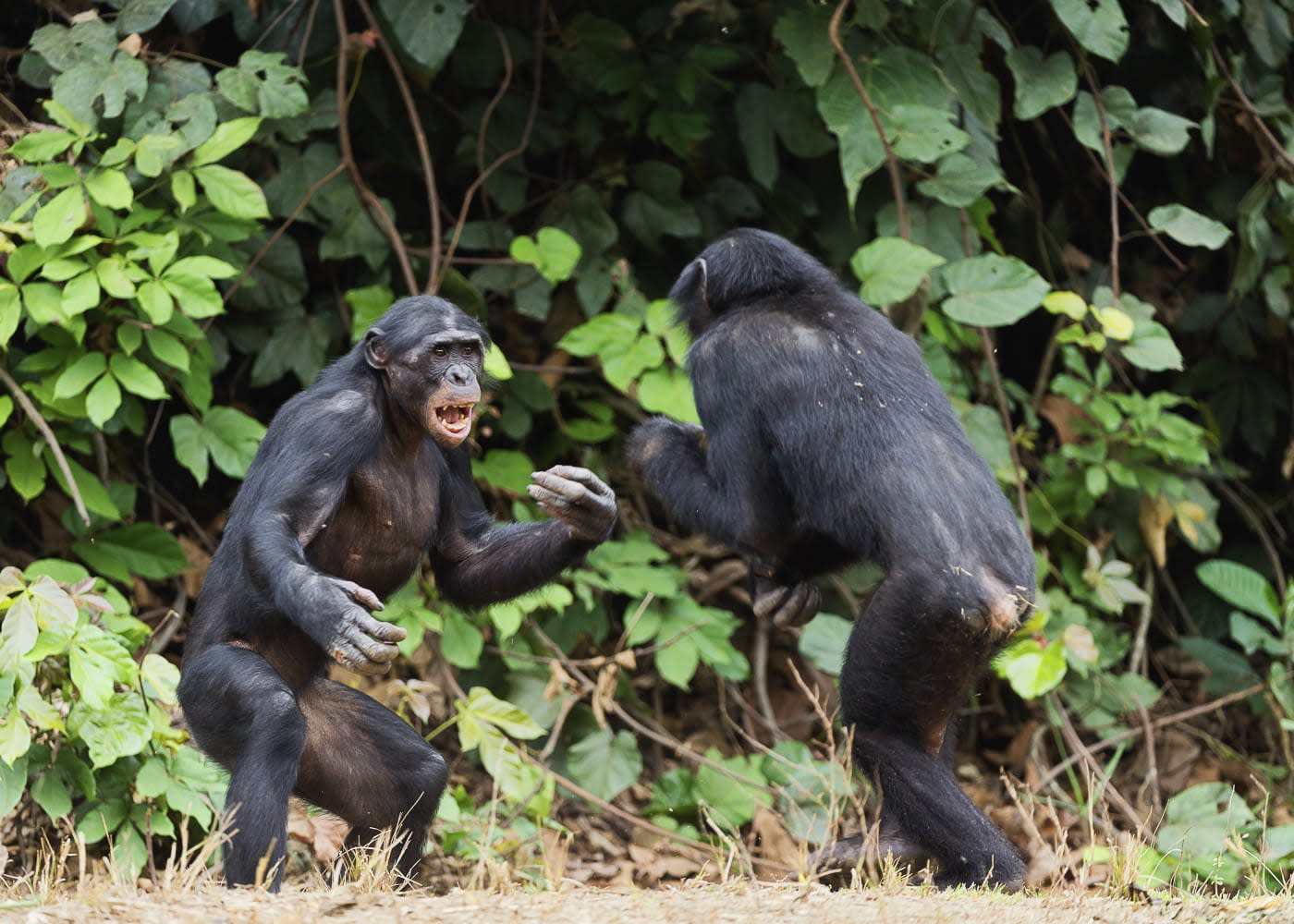 A new study claims to have learned one of the reasons that humans were able to rapidly evolve beyond rival primates, and it's all down to our weird sleeping patterns. Researchers at Duke University, as reported by the New York Times, believe that our seven-hours-of-straight-shut-eye sleep cycle is something of an aberration. By comparison, chimpanzees enjoy 11.5 hours of rest, but our shorter run enabled us to get a much deeper, more dream-filled snooze. Humans, it seems, have above-average quantities of REM sleep, enabling us to slice valuable hours off the amount of time we're laid up.

The study claims that one of the causes for this process was humans descent from the trees to laying on the floor. The contention being that you can relax a lot more if you're not subconsciously worrying about rolling in the middle of the night and landing several feet further down. The team discovered this by watching apes sleep at the Indianapolis Zoo using night-vision cameras to track how much REM sleep orangutans got.

Instead of fussing over finding the strongest tree branch for the night, humans slept on the floor for far shorter, but higher-quality periods of time. This enabled them to have periods of extra time -- several more hours each day -- that could be dedicated to brain-developing activities. As the Times says, the study raises a few extra questions, since other mammals have higher periods of REM sleep than humans, like the platypus. Maybe it won't be long before we're all cowering at fear at a group of super-smart platypuses that have worked out that they should be beating us into second place.

In this article: Biology, CharlesLNunn, culture, DavidRSamson, DukeUniversity, Evolution, medicine, science, Sleep
All products recommended by Engadget are selected by our editorial team, independent of our parent company. Some of our stories include affiliate links. If you buy something through one of these links, we may earn an affiliate commission.