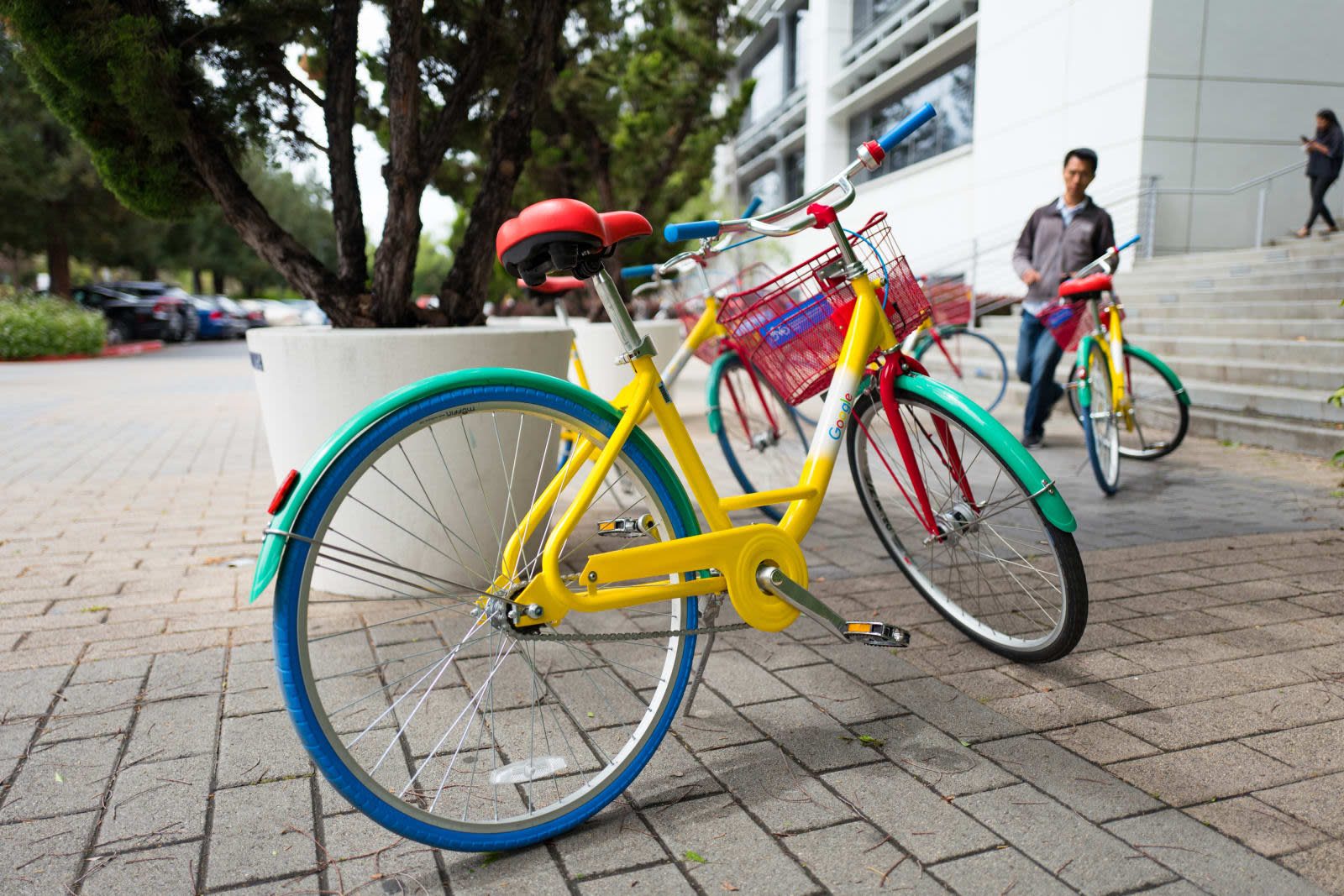 Google is well-known for offering free bikes on campus to help its employees get around, but those bikes frequently don't stay on campus. Up to 250 go missing per week -- and that's rather ironic for a company that built its reputation on finding information. At last, though, the search giant is putting technology to work to solve the problem. Google has been adding GPS trackers to its bikes as of late 2017, and has been testing smart locks that employees can open with their phones.

The company tells the Wall Street Journal that about a third of its bikes have GPS trackers so far, and they're offering insight into just how far the two-wheelers will go. While many tend to stay around Mountain View (some locals treat them like community rides), others have been taken as far as Alaska and Mexico.

In many ways, the trackers and locks represent Google's ongoing loss of innocence. Free-to-ride campus bikes might have sounded great in Google's utopian early days, but that's at odds with a reality where people will routinely borrow or steal anything that isn't nailed down. Even though the company can easily afford to lose bikes, it doesn't look good to waste money and resources for the sake of maintaining a company tradition.

In this article: bicycle, gbike, gear, google, gps, transportation
All products recommended by Engadget are selected by our editorial team, independent of our parent company. Some of our stories include affiliate links. If you buy something through one of these links, we may earn an affiliate commission.