The company is adding voice control to its smart bathroom lineup.

Our bathrooms are about to get a lot smarter, if the latest technology being unveiled here at CES 2018 is any indication. Moen, which released its U by Moen smart shower system last year, is adding Alexa and Siri voice control capability to the series this year. With the new skills, you can tell Alexa to turn on your shower at a desired temperature or to a customized setting. Siri compatibility is coming later this year.

The system consists of a digital valve that enables digital, to-the-digit temperature control, shower heads, handshowers, body sprays and other fixtures. You can already use the in-shower control pad or the "U by Moen" app to adjust your water temperature or pick a different preset, but the new integration lets you start a shower just by talking. The benefit here may not seem obvious, but it should offer an easy way to pre-start your shower, which might be helpful for busy parents chasing after fussy toddlers.

When you tell Alexa (or use the app) to turn your shower on to a certain temperature, the water will gush out until it reaches your desired level. Then, it will pause (the water will turn off) until you are ready to step in, and you can restart the flow by pressing the button on the digital controller. During my demo here at a CES pre-show event, the digital controller showed the water climbing from 86 degrees to a toasty 98 degrees before stopping. 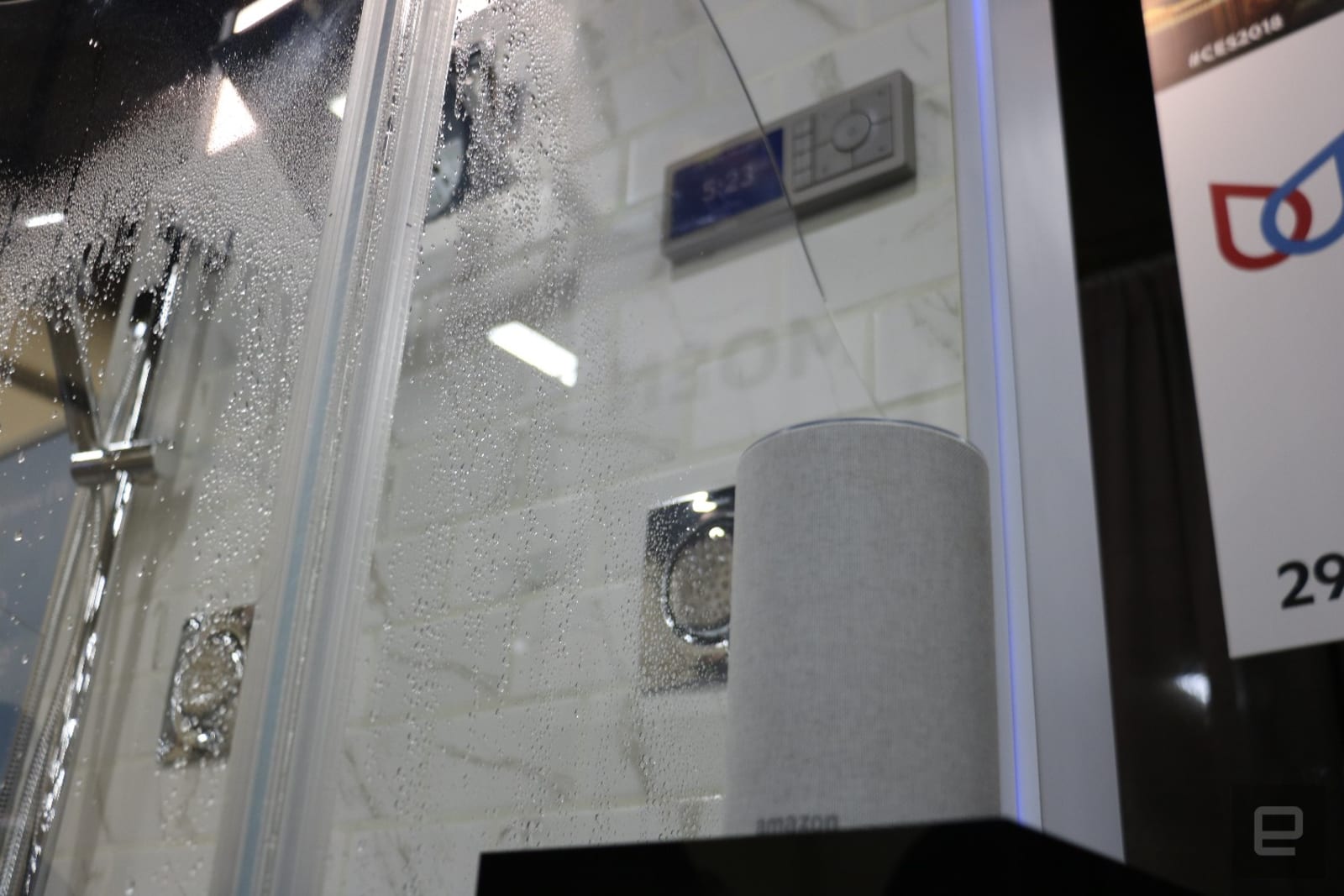 For now, the way to get Alexa to start your shower is still slightly clunky, as the feature is a third-party skill. You'll have to ask Alexa to "tell Moen" to run the water, which somewhat of a mouthful. We don't know yet what the Siri command will be. You can also ask the assistant to launch presets like "morning shower" or "post workout cooldown" for different temperature and showerheads, provided you had already specified them via the Moen app.

As a safety measure, the valve will only allow temperatures between 60 and 120 degrees, so those looking for the option of a hotter or colder shower might not like this system. Up to four shower devices can be connected at a time, so if you have a real fancy bathroom complete with showerheads, taps and body sprays, you can use the new automation features to upgrade your setup.