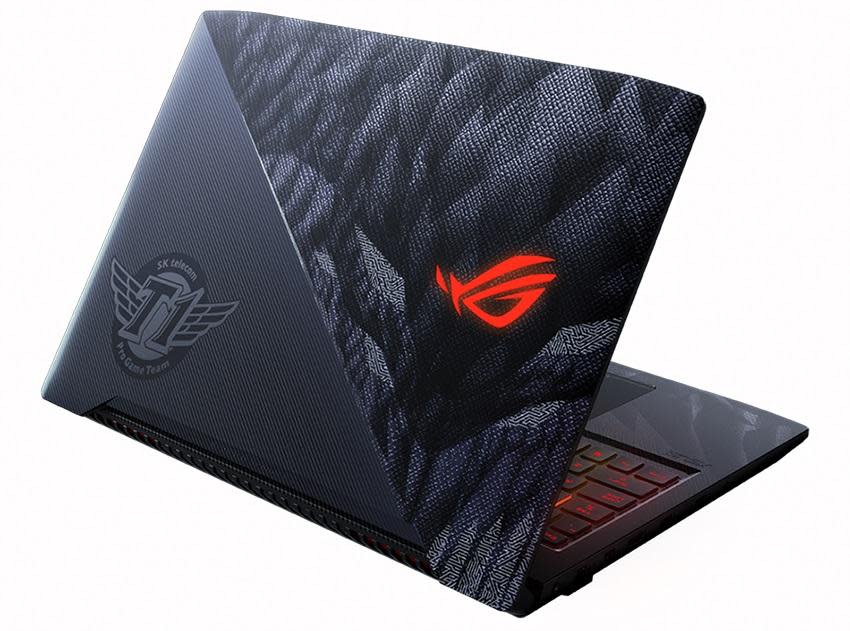 ASUS has partnered with SKT T1, one of the biggest teams in eSports, on its latest iteration of the ROG Strix laptop line. The ROG Strix SKT T1 Hero Edition is a laptop designed to play Multiplayer Online Battle Arena games like League of Legends, featuring an Intel Core i7 processor, NVIDIA GeForce GTX 1060 Graphics and a wide display with 100 percent sRGB color gamut. These details have been floating around since November, so here's the new bit: The ROG Strix SKT T1 Hero Edition costs $1,700 and will be available in Q1 of 2018.

SKT T1 happens to be a big deal in League of Legends -- it's won three of the seven world championships in the franchise's eSports history and it's home to the most famous player in the game, Faker. Sang-Hyeok Lee, who plays by the name Faker, is regarded as the most skilled League of Legends player around, and this year he picked up the award for Best eSports Player at The Game Awards.

The ROG Strix SKT T1 Hero Edition features the logos for SKT T1 and ROG on the lid, plus Faker's signature on the bottom right side of the keyboard palm rest (so players can try to absorb some of his powers, probably). The laptop also comes with a jersey and mousepad branded with SKT T1 and ROG logos, plus posters of Faker and the entire team.

ASUS is also updating its gaming desktop line with the ROG Strix GL12, which includes a factory-overclocked 8th Generation Intel Core processor with NVIDIA GeForce GTX 1080 graphics, plus an expansion bay and easy-swap SSD tray. The front panel features Aura Sync lighting effects, allowing players to customize the tower's appearance. In fact, from here on out, all ROG desktops and laptops will include Aura Sync support. The ROG Strix GL12 will be available in April for an as-yet-undisclosed price.

In this article: asus, av, ces2018, desktop, gaming, GamingPc, laptop, personal computing, personalcomputing
All products recommended by Engadget are selected by our editorial team, independent of our parent company. Some of our stories include affiliate links. If you buy something through one of these links, we may earn an affiliate commission.