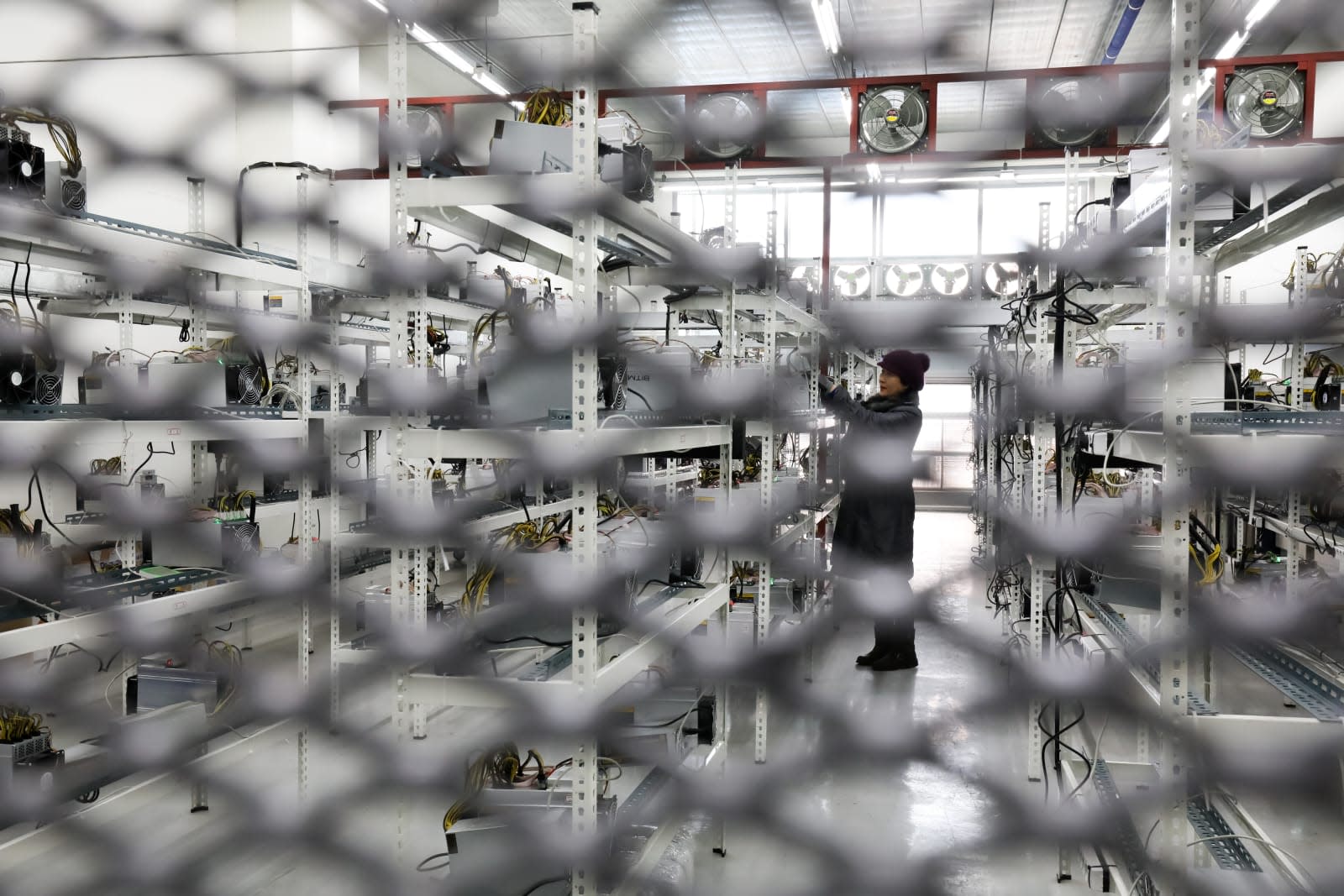 China is reportedly seeking an "orderly exit" from bitcoin mining, according to a leaked document seen by Quartz. The nation's internet finance regulator is asking local governments to strongly encourage firms to quit the business by jacking up power prices and and issuing stronger environmental rules. The government is reportedly concerned about pollution and the havoc that could be triggered by investors who lose money investing in mining and cryptocurrency.

Two-thirds of the world's power consumed from bitcoin mining comes from China, Quartz notes, and unfortunately a lot of that electricity is dirty. Mining operations have set up shop near coal-fired power plants, which produce cheap electricity but also choking pollution. Separately, China is also implementing a plan to jack electricity prices up for miners.

China, like other nations, likely has other reasons for shutting down bitcoin, too. On top of the potential for economic chaos, cryptocurrencies are a lot harder to track than fiat currencies, and are often used by criminal and tax-avoiding companies. China, which exerts notoriously strong control over the internet and private businesses, has already moved to ban initial coin offerings and crytpocurrency exchanges.

Regulators in China are trying to move crypto-mining out gradually in order to avoid economic issues, but kicking everyone out won't be easy. Many mining operations are small, and local regions gain a lot of taxes and other revenue from miners. What's more, even private hydroelectric and other power operators are reportedly running their own mining operations.

In this article: Bitcoin, business, China, CryptoCurrency, Electricity, gear, Mining, Pollution
All products recommended by Engadget are selected by our editorial team, independent of our parent company. Some of our stories include affiliate links. If you buy something through one of these links, we may earn an affiliate commission.