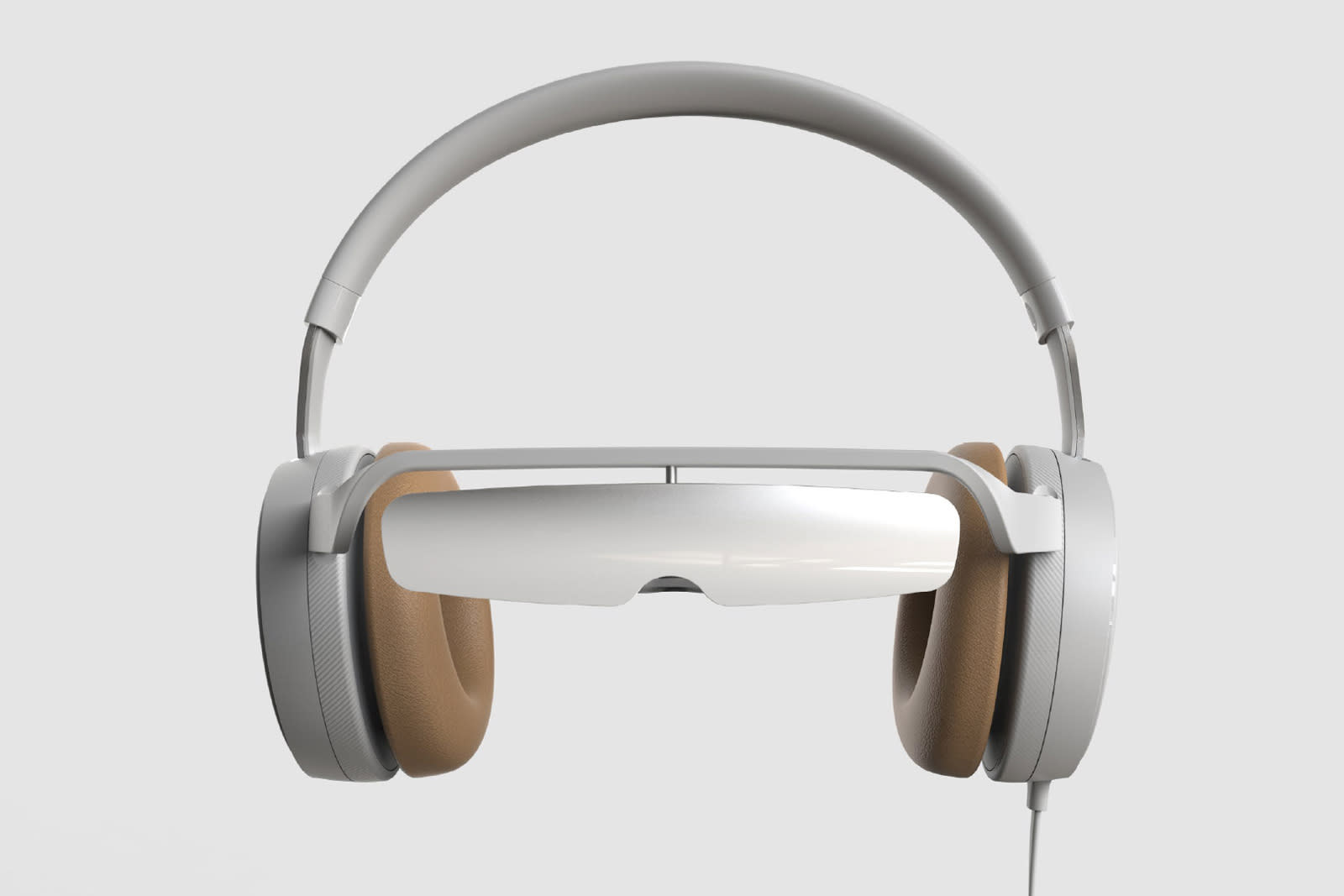 Home theater headsets have come a long way, but there's still a common problem: they tend to dominate your face. It's hard to know when someone wants your attention unless they tap on your shoulder. You might not be quite so cut off in the future, though. Kopin and Pico Interactive have unveiled a wearable home theater prototype, the Eagle, that promises the equivalent of an 80-inch screen while giving you better awareness of the outside world. You probably wouldn't want to walk with this on your head, but it could give you a peek at an approaching person before they say hello.

Not surprisingly, the displays are key. Eagle revolves around a pair of newly unveiled 0.49-inch OLED screens that may be limited to 720p, but pump out a high 1,000 nits of brightness while consuming relatively little power. This doesn't appear to be a convertible design like Avegant's Glyph, though, so it won't do as much good if you only want to listen to music.

As it stands, you'll be waiting a while to try it -- if you can try it at all. Pico is "initially" planning to release the finished version of Eagle in China through a subsidiary, and there's no mention of whether or not it'll be available elsewhere. Think of this more as a peek at how wearable displays are shrinking instead of something you're likely to wear.

In this article: av, ces2018, gear, glasses, headset, hometheater, kopin, pico, picointeractive, wearable, wearables
All products recommended by Engadget are selected by our editorial team, independent of our parent company. Some of our stories include affiliate links. If you buy something through one of these links, we may earn an affiliate commission.