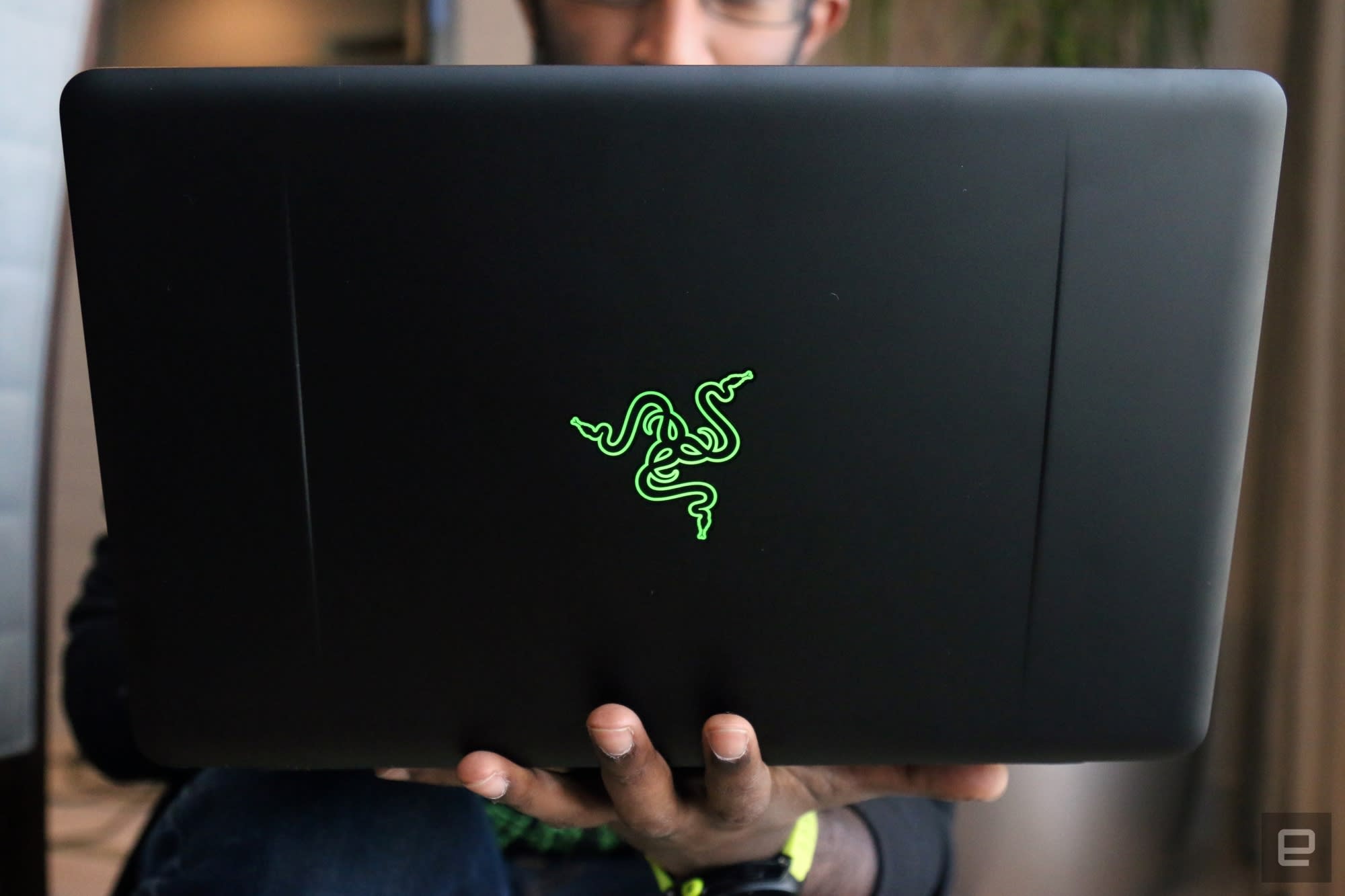 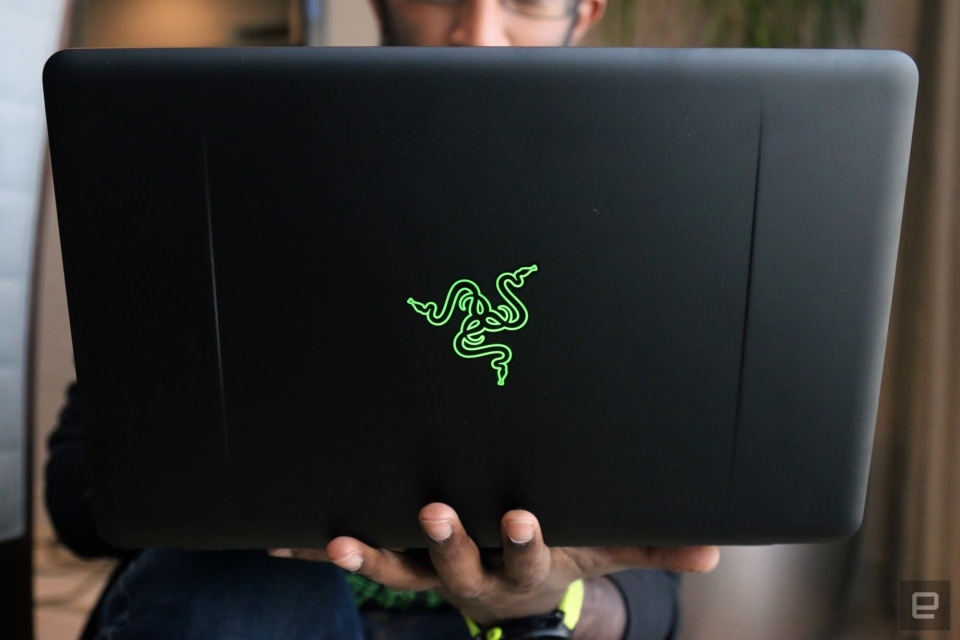 Razer's Project Linda laptop dock might be grounded in reality, but that doesn't mean the company is out of wild ideas for the future. It's just that for this CES, Razer wanted to merge its lightweight Blade Stealth laptop with its recently released smartphone and see how people would react. "We still have the flexibility to do some of the more far-out stuff that everyone loves to see," Marketing Director Kevin Sather reassured. He was talking about Project Christine, the subscription-based modular PC system from 2014. Or last year's laptop with three displays, Project Valerie. While neither of those have come out -- same goes for the showstopping Project Ariana projector -- Razer doesn't see them as a waste. In fact, they're informing the company's future. Take Project Christine, for example, which would allow you to swap out a GPU as easily as you would a Keurig pod. It still hasn't come out because third-party partners largely ignored the device. But Sather said that the Blade Stealth ultraportable and its Core graphics extender "borrowed heavily" from Project Christine's DNA. "A lot of the R&D we did on how to dock and undock, and modular components in a PC ecosystem, was beneficial to us as we were working on the Razer Core with Intel, NVIDIA and AMD," he said.

"Some concepts are more far out there," Sather admitted. "Everything we show is technically feasible," he added, but it's more of a question of how much effort the company needs to put in to make something a reality, versus how much its customers might actually want it.

For example, the Project Fiona gaming tablet gained enough buzz at CES back in 2012 that a year later, the company traded the code name for Edge and the device -- funky wand-like controllers and all -- was available to purchase that March. Sather said that on occasion when CES rolls around, the company has a prototype that's close to being an attainable product, but some aspect of it isn't ready for retail. That's when it becomes a project. In Project Linda's case, what isn't ready for prime time is the display and software.

In use, that means the screen isn't a one-to-one replica of the Razer phone powering it; there's no 120Hz refresh rate or HDR capabilities, and it isn't a touchscreen. The custom software that marries the phone to Project Linda when the handset is docked, turning it into a touchpad, still needs some engineering work to improve the palm-rejection system and overall optimization as well. Both of those snags could feasibly be fixed in about a year, and the device could be ready to purchase. Why show it off early then?

"We could go and sit in a lab for six months by ourselves and keep iterating on it, but we think it would be a much better product with the community's assistance," Sather said. It's a similar approach that automakers take to concept vehicles: Pack them with as much future tech as possible and see what actually works or gets people's imaginations going. He mentioned that a lot of the feedback Razer gets is predictable, but it's when people come up with ideas that the company hasn't thought of that the team gets inspired.

Last year's Project Valerie had an unexpected fan: the military. Razer originally envisioned it'd be a hit with people who'd purchased one of its Blade laptops, but the medical and defense industries took a shine to it too. Both communities have their own existing tri-monitor setups, but none could be thrown in a backpack -- they have to be wheeled in on a cart or stuffed into the back of a Jeep. For now it's back in the lab, cooking. "There's no announcement to make on it officially, but it's not dead by any means."

The Project Ariana tech sounds like it's moving closer to retail as well. Sather said we could see "pieces" of the projector setup arrive as different products and that consumers will benefit from a lot of the behind-the-scenes tech "in the near future." One aspect of the demo -- Chroma integration for Philips Hue lighting -- became publicly available today.

Sather said that despite its legacy for bringing hot rod-like concepts to CES every year, it doesn't feel pressure to keep one-upping itself. If you'll remember, its Android-based microconsole the Forge TV and the Blade Stealth both debuted in Las Vegas. This year, it also brought a 2.1 gaming speaker system to the show, in addition to a mouse pad that powers a wireless mouse.

"We don't have a plan going into [CES] like, 'This is crazy-concept year, this is close-to-reality year,'" Sather said. "We just go where the trends lead us, where the market leads us and what we think our customers want to see."

In this article: ces, ces2018, concept, gear, kevinsather, personal computing, personalcomputing, philipshue, projectairiana, projectarianna, projectfiona, razer, razerblade, razerbladestealth
All products recommended by Engadget are selected by our editorial team, independent of our parent company. Some of our stories include affiliate links. If you buy something through one of these links, we may earn an affiliate commission.