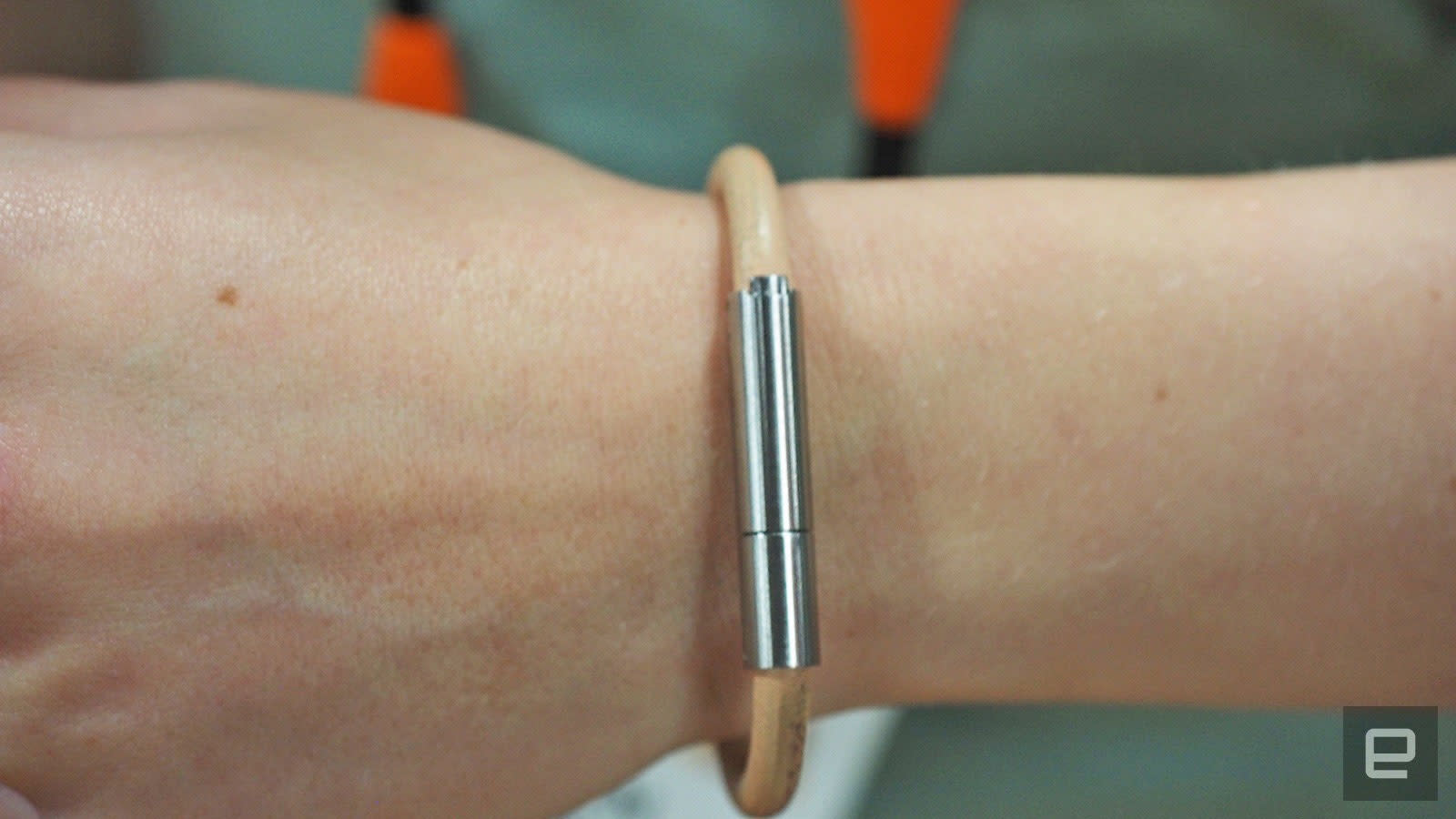 It's a dangerous world out there but walking around armed with knives or firearms isn't always an option for many people. That's where the Invi self-defense bracelet comes in. Its silver clasp holds a smelly secret that can stop an attacker in their tracks, nonviolently.

To activate the bracelet, the wearer first unlocks a small safety clasp, then yanks hard on the leather strap. Doing so breaks a concealed canister containing the company's proprietary stink blend. One whiff of that stuff is enough to give most muggers second thoughts -- and you enough time to make an escape or at least call for help.

The company was unwilling to unleash one of these stink bombs on the CES 2018 showfloor (for obvious reasons) but described the scent as a mishmash of terrible smells. It doesn't smell specifically like rotten eggs, feces or decaying corpses, but is specifically formulated to instigate a revulsion response a company rep said. The Invi bracelet comes in two sizes and went on sale today. It retails for around $70 and ships worldwide from the Netherlands.

In this article: bracelet, ces2018, gear, invi, security, wearables
All products recommended by Engadget are selected by our editorial team, independent of our parent company. Some of our stories include affiliate links. If you buy something through one of these links, we may earn an affiliate commission.