The company CEO said he would be 'thrilled' if a big company helped GoPro succeed.

It's barely the second week of 2018, and GoPro's already been through the media mill. Reports first surfaced that the company was about to begin another round of layoffs, and that it would shutter its drone business for good. Those proved to be true. Then, just two days ago, a second story claimed that GoPro was actively looking to sell off its business.

At CES, GoPro founder and CEO, Nick Woodman, took to the Engadget stage to dismiss the rumor that it was seeking a buyer, but he also confirmed that it's open to offers. Woodman even alluded to which companies he might be most interested in working with. (Hint: Social networks.)

To someone who's followed GoPro closely for the past few years, the most interesting aspect was Woodman's change of language. Previously, any talk of GoPro being bought out (which has been going on for years) has been quickly dismissed. During my interview with him onstage at CES, he made several references to being "open" to opportunities and spelled out why his company would be a good get.

First we need to understand why GoPro might want to sell. The closure of the Karma project obviously shows that it was an expensive experiment that wasn't helping the bottom line. On top of that, recent financial information showed that even GoPro's cameras weren't selling as well as the company had hoped -- specifically the Hero 5, which was still on sale for the same price it had been a year earlier (despite being replaced by a new flagship).

To rectify that, GoPro cut the price of the Hero 5 and the Hero 6 by $100, which Woodman claims has reinvigorated sales. He also hinted at the first new product of 2018. "We have a new product coming out in the first half of the year that's going to be really exciting for our entry-level customers." 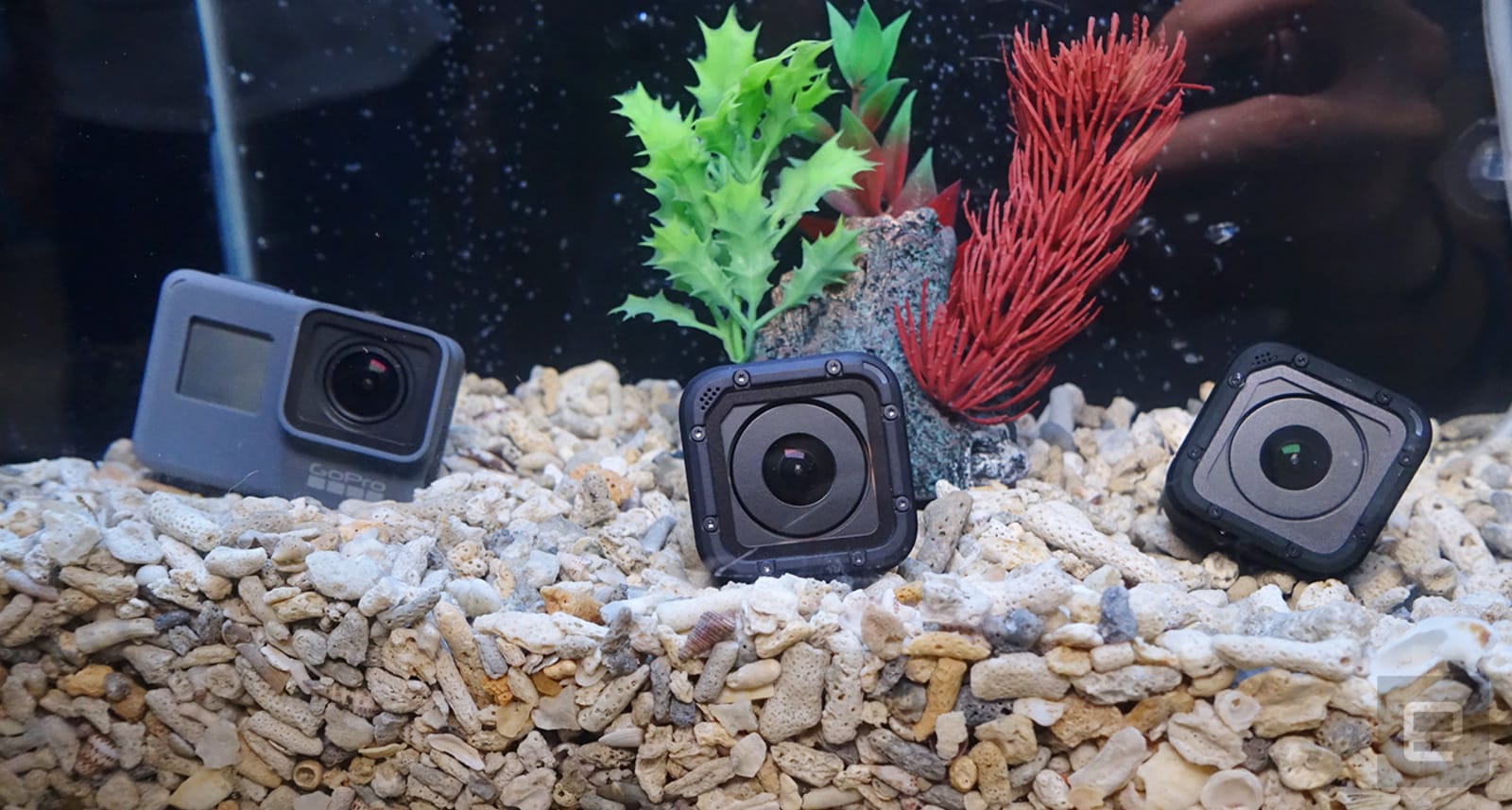 One of Woodman's favorite mantras has always been that, at GoPro, they are the user, so they make products for themselves. "I'm sitting up here onstage saying that's no longer the case. And it's a good thing." Woodman's referring to a change of strategy wherein they acknowledge the need to specifically build products that their customers want.

So a new focus and a leaner team might lead to profitability. But there's still that pesky rumor of a buyout. "At the heart, I'm an entrepreneur that wants to see GoPro succeed ... I would be thrilled if the easiest, most efficient way to achieve that was through the sale of the company to a bigger business that could really help GoPro shine," Woodman said.

He cushioned that statement a little by adding that the prudent thing to do, right now, is to carry on as if the company is going to remain independent forever. While he stated that GoPro is open to opportunities, he claimed that it isn't actively out "shopping the business," which is contrary to reports yesterday from CNBC.

If he was seeking a corporate suitor, Woodman said, he'd want one that can scale and add to the company's vision. He also mentioned the social aspect of GoPro -- sharing. If there was a partner that could dramatically scale their reach, turn on new customers, and make GoPro more accessible, Woodman said, "we would be all over that opportunity." To me, that sounds like something a social network, rather than a hardware-only company, could offer.

I asked that exact question: Would Facebook (and, by proxy, Instagram) or YouTube (Google) or even Snap (Spectacles) be ideal partners to meet their needs? All those companies have huge platforms, rely heavily on video, and have dabbled in hardware (Facebook owns Oculus, remember). His response? "People's social activity, and the viral nature of it, really is the reason that GoPro exists." 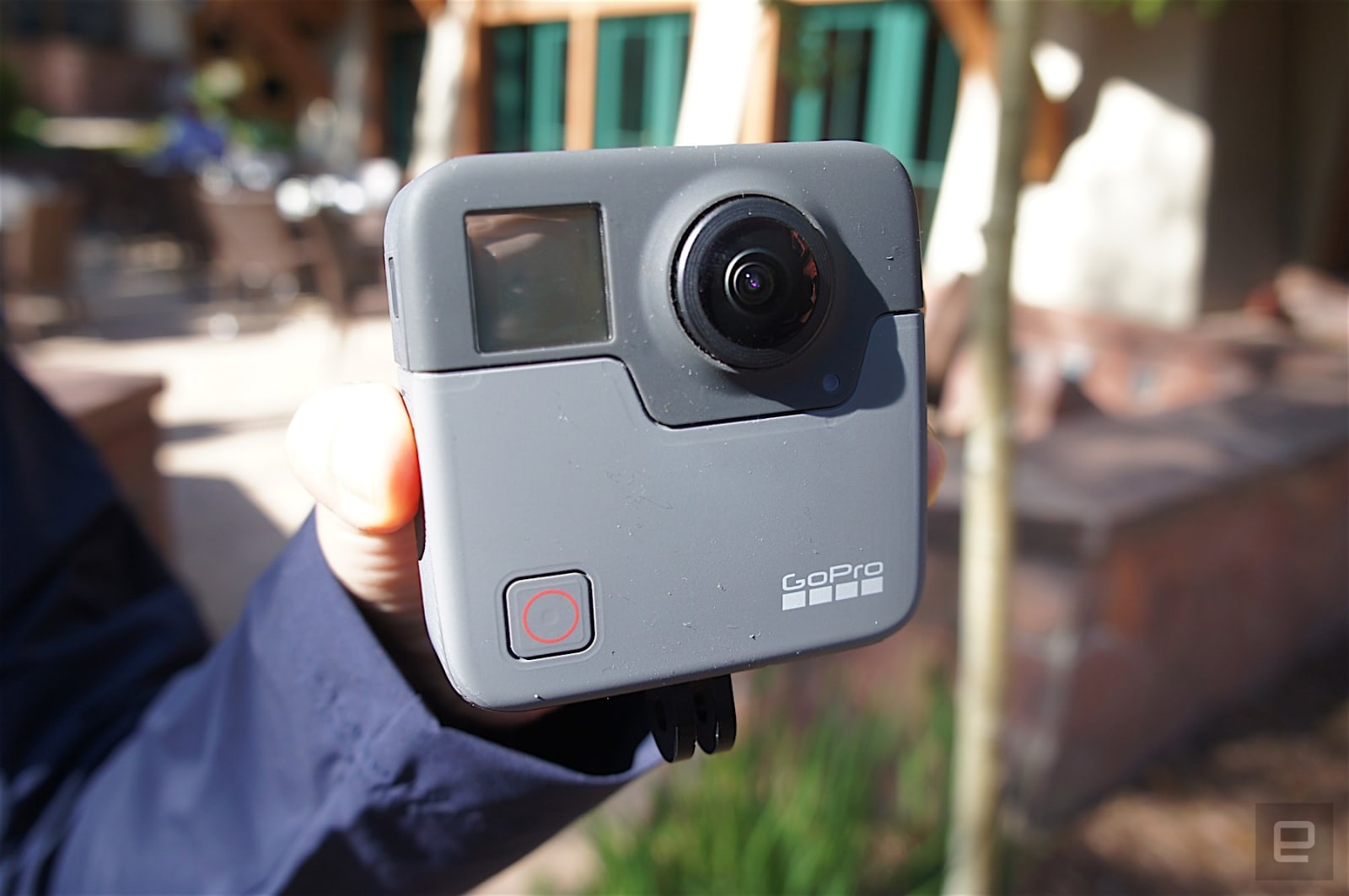 Woodman went on to suggest that social networks, as a software product, aren't always sure about making hardware. "It's something that's non-obvious and new to companies." I'm not saying he's hinting to these networks that it's something worth exploring, but it would be easy to read that between the lines. If you were so inclined. Especially when he added, "And apparently there are only so many companies willing to do truly new things in this world."

As for why an approach hasn't happened already, Woodman candidly admitted that, in the past, there had been "real questions about GoPro's viability." Then he reminded us how much more social the world is now, how much more convenient a GoPro has become (for sharing) and how the app will make a video for you. Referencing Instagram by name, he talked about how the "social opportunity is clearly growing."

For now, though, it's business as usual. This week GoPro announced that its "OverCapture" feature -- key to the consumer success of Fusion -- is finally available, and it's still selling its remaining Karma inventory and the newly priced cameras. One thing's for sure: 2018 will be an action-packed year for the company either way.