Cruising around on the Onewheel+ XR

Still a hard sell as a mode of urban transportation.

The Onewheel has always been an exhilarating ride. When you step onto the board and lean down on the nose, there's a rush of adrenaline as you wait for the electric motor to kick into gear. You are, for a split second, trusting that the board will carry you forward and build the momentum necessary to keep you upright. Just carving is a blast, too, as you lean on the heel or toe edge to guide the board left or right. As an extreme-sports plaything, it's a unique and immediately joyous experience. But as a serious mode of urban transportation? That's a tougher sell.

Earlier this week, Future Motion announced the Onewheel+ XR. It's a successor to the Onewheel+ (which I thoroughly enjoyed riding last year) that doubles the range to somewhere between 12 and 18 miles. Unfortunately, I wasn't able to test these claims during a test ride in the Las Vegas Convention Center car park (a rundown test would have taken a fair number of hours, not to mention a huge stretch of free tarmac). I could, however, check that the riding experience was otherwise unaltered.

Well, good news. The Onewheel+ XR is just as fast and downright strange to ride as its predecessor. Stopping is still a little tricky -- you have to completely remove your foot from either the left- or the right-hand side of the nose. If you hesitate a little, or keep some of your foot on both halves of the kicktail (i.e., centered), the Onewheel will think you're trying to turn instead. It's a minor quibble, though, and the learning curve is part of what makes the board so appealing. There's a real sense of progression as you learn how to fly over bumps, stop on a dime and carve a figure eight. 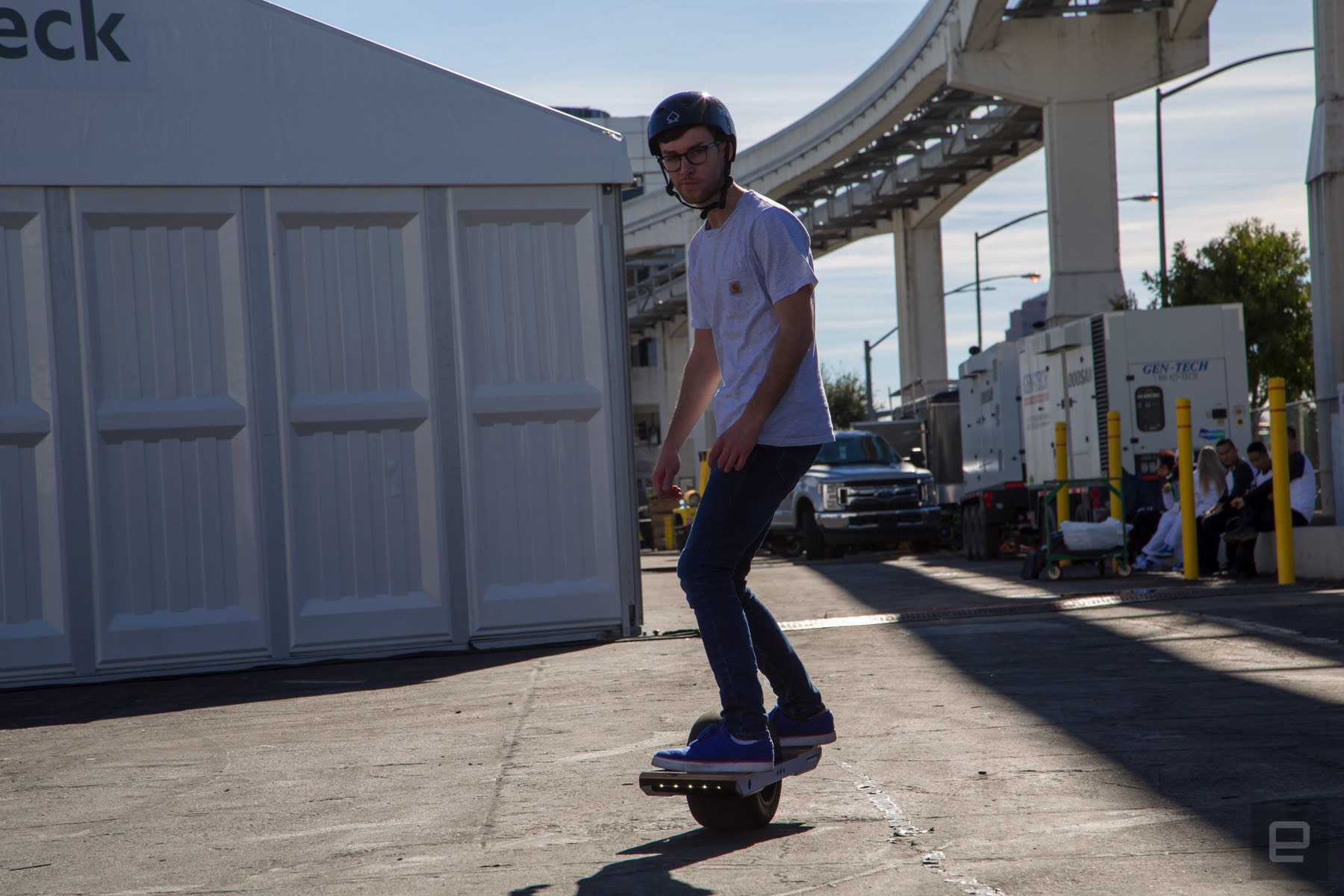 Within half an hour, though, my legs started to ache. And it made me wonder if I could ever use the Onewheel as a full-time bicycle replacement. The extra range is a huge improvement, but over long distances I suspect I would want something a little less taxing. That, of course, is where traditional electric skateboards come in. The Onewheel+ XR is competing with well-established rideables such as the Boosted Board and Inboard M1. Those are more practical, I would argue, and safer to ride in metropolitan areas. As a commuter tool, then, the Onewheel+ XR is hard to recommend. But as an all-terrain electric skateboard, it's still in a league of its own.