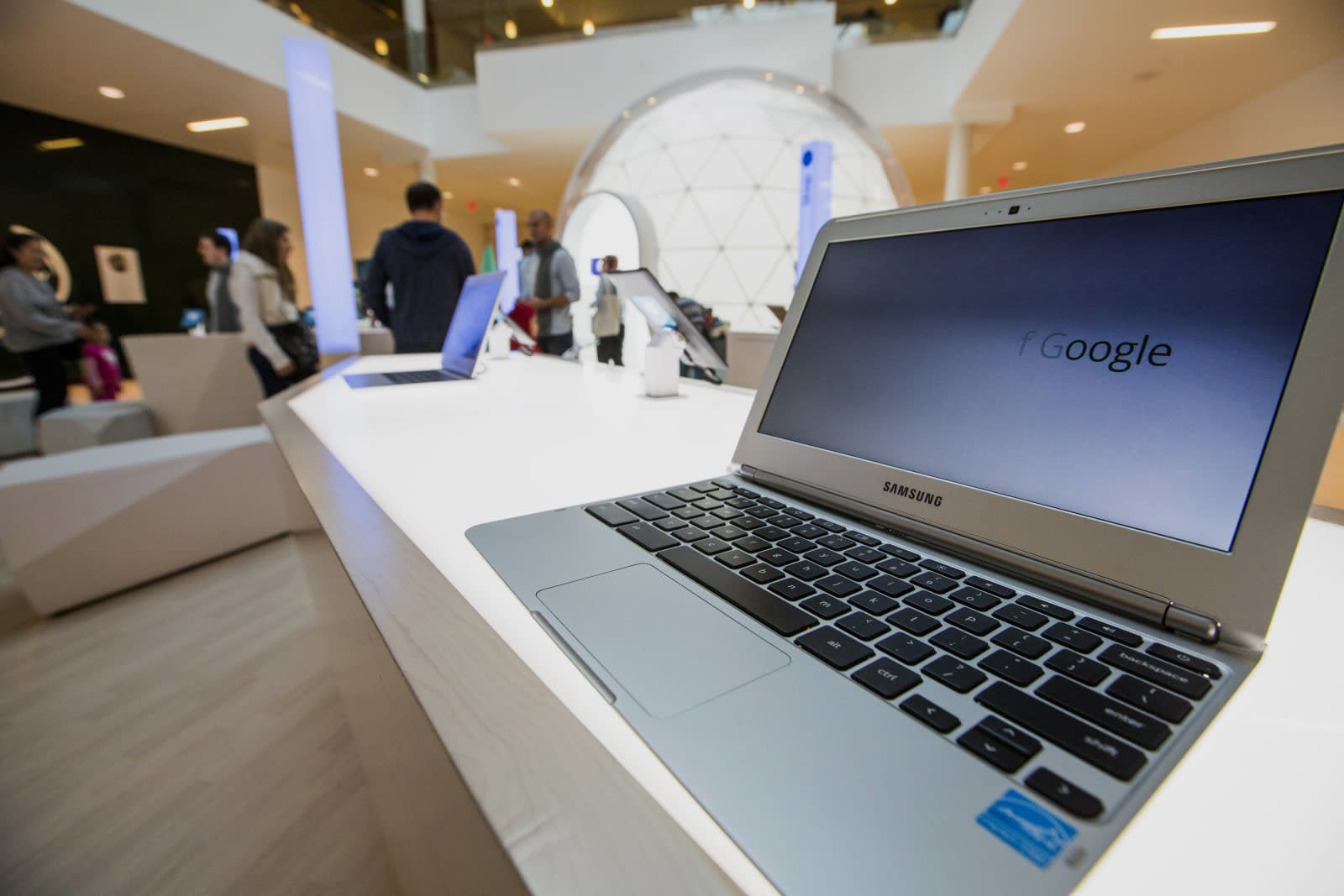 Google has published a list that includes every Chromebook model, which are vulnerable to Meltdown and the patch status of each one. You can check out the list here. The column you'll most want to pay attention to is the one titled "CVE-2017-5754 mitigations (KPTI) on M63?" If the device has a "Yes" or a "Not needed" in that column, it's safe and if you own it, you have one less thing to worry about. A "No" in that column means the device will need an update to be protected against Meltdown. But if the device is listed as "EoL," there will be no patches for it because it's an end of life product and is no longer supported. EoL devices include Samsung Chromebook Series 5, Samsung Chromebook Series 5 550, Cr-48, Acer C7 Chromebook and Acer AC700.

The Meltdown and Spectre exploits were revealed earlier this month and a number of updates to address the security issues have already been released by Intel, Apple, Microsoft and NVIDIA. Intel, which says it will patch all affected chips produced in the last five years by the end of the month, is now facing multiple lawsuits over its chips' security flaws.

In this article: Acer, apple, chromebook, gear, google, intel, meltdown, microsoft, personal computing, personalcomputing, samsung, security, spectre, vulnerability
All products recommended by Engadget are selected by our editorial team, independent of our parent company. Some of our stories include affiliate links. If you buy something through one of these links, we may earn an affiliate commission.