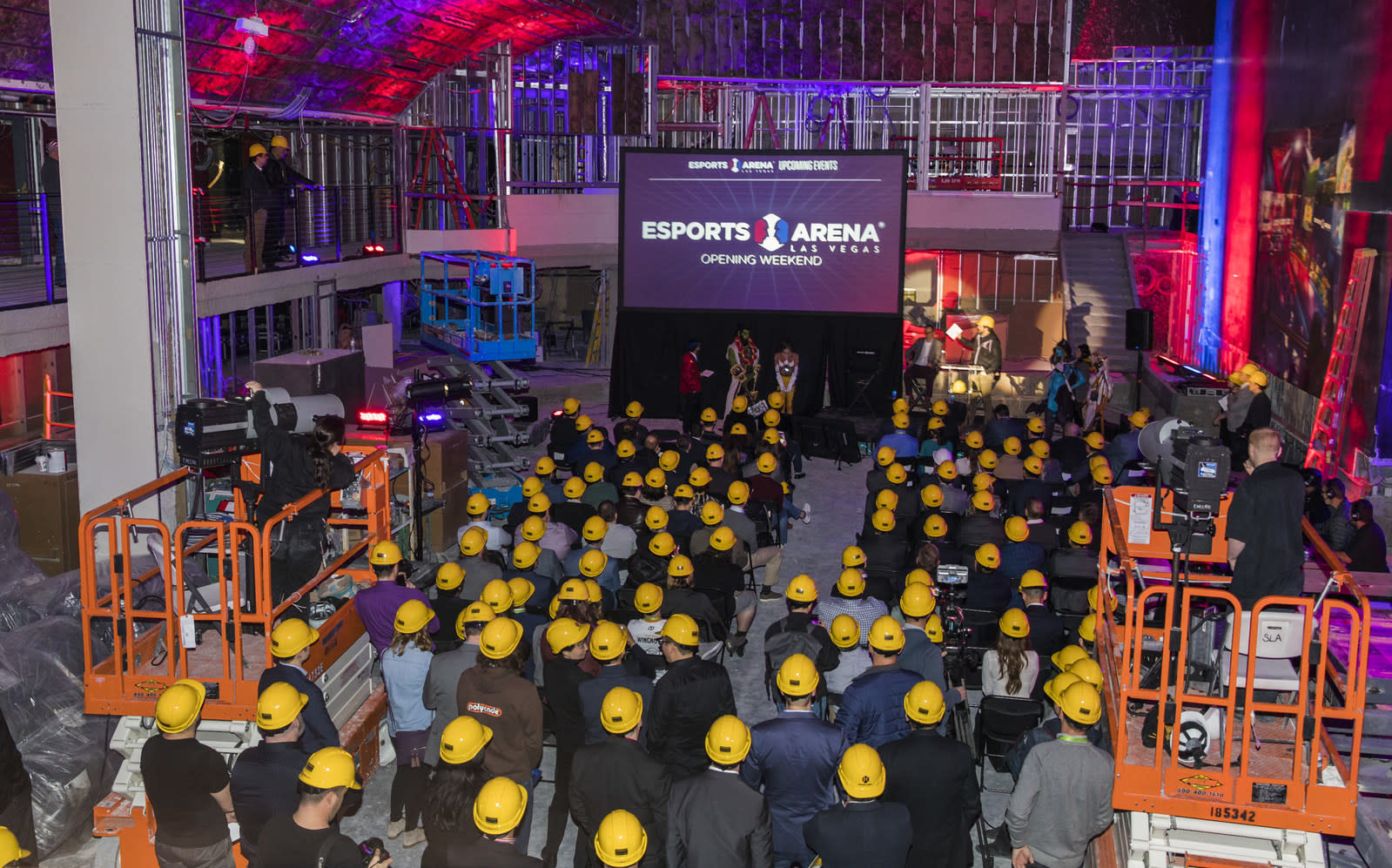 Last year, Allied Esports and Esports Arena announced plans to convert a Luxor Hotel and Casino nightclub into the Las Vegas strip's first dedicated eSports arena. That arena is almost complete and is scheduled to open on March 22nd. To celebrate the opening, Esports Arena Las Vegas will host a multi-day, live-streamed tournament that's invitation only. "With Las Vegas rapidly becoming a hub for eSports, Esports Arena Las Vegas at Luxor will be the city's home for competitive gaming and interactive entertainment," Allied Esports CEO Jud Hannigan said in a statement.

Along with the Las Vegas spot, Esports Arena has also debuted its mobile eSports gaming venue, Esports Arena Drive. It's a semi that unfolds into a gaming arena, with a stage, social media center and VIP lounge. You can check it out in the tweet below. Next month, Esports Arena Drive will host a multi-day tournament at the Daytona 500.

The Luxor's dedicated eSports space will have a competition stage, LED video wall, telescopic seating, daily gaming stations (meaning the space is not just for major events) and advanced streaming and production studios. While it may be the first full-time eSports venue on the strip, it probably won't be the last. The Millennial Esports arena opened in downtown Las Vegas last year and other Vegas locations have expressed interest in creating eSports spaces, which could signal that this is the city's next big move. Las Vegas saw a slight revenue loss in 2016 and preliminary numbers suggest that there were fewer visitors to the city last year than the year before. Gambling revenue as percent of total revenue also hit a record low, meaning other sources of revenue like eSports could be a welcome addition.

In this article: alliedesports, av, esports, esportsarena, esportsarenadrive, esportsarenalasvegas, gaming, LasVegas, luxor, tournament
All products recommended by Engadget are selected by our editorial team, independent of our parent company. Some of our stories include affiliate links. If you buy something through one of these links, we may earn an affiliate commission.