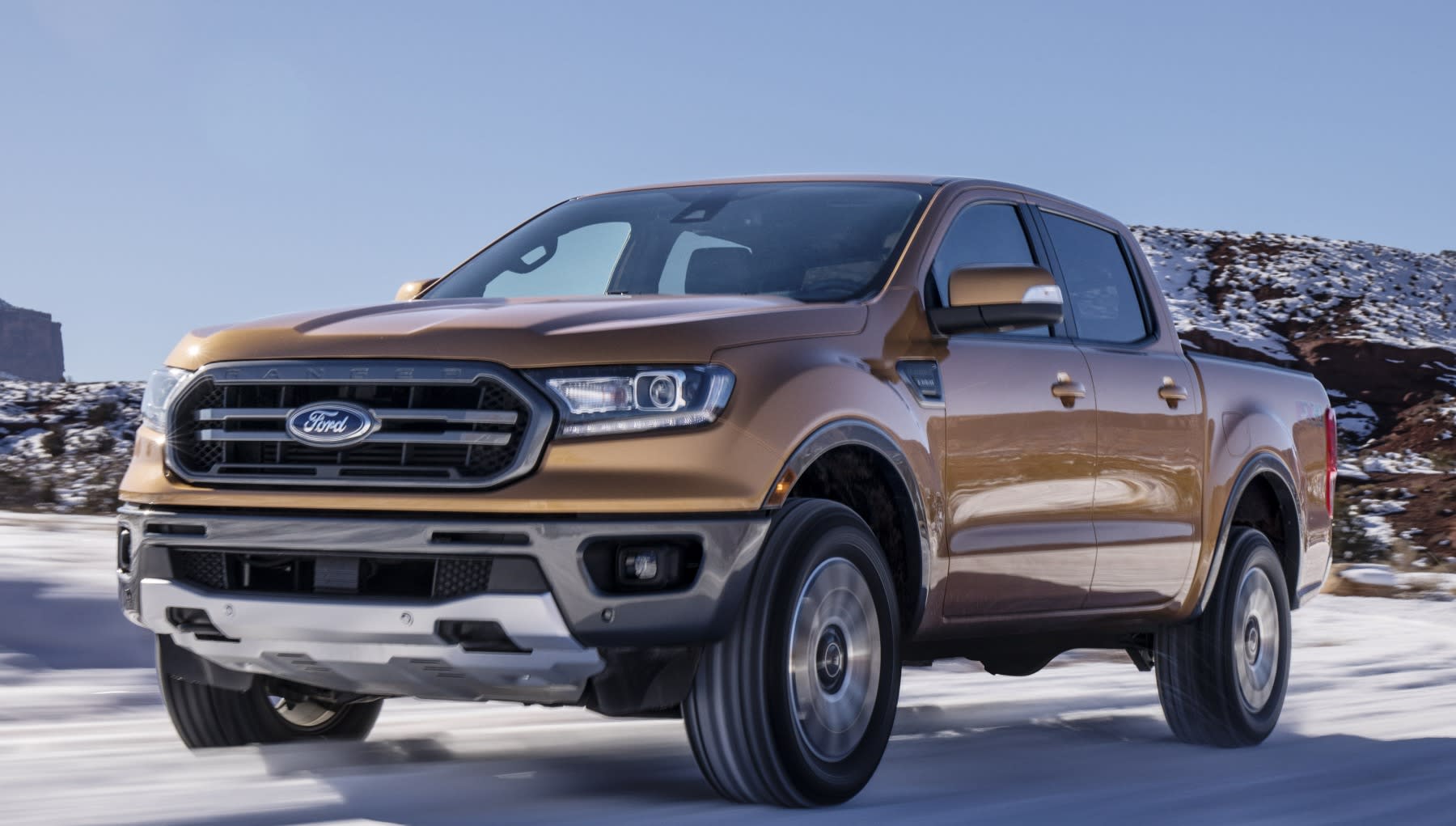 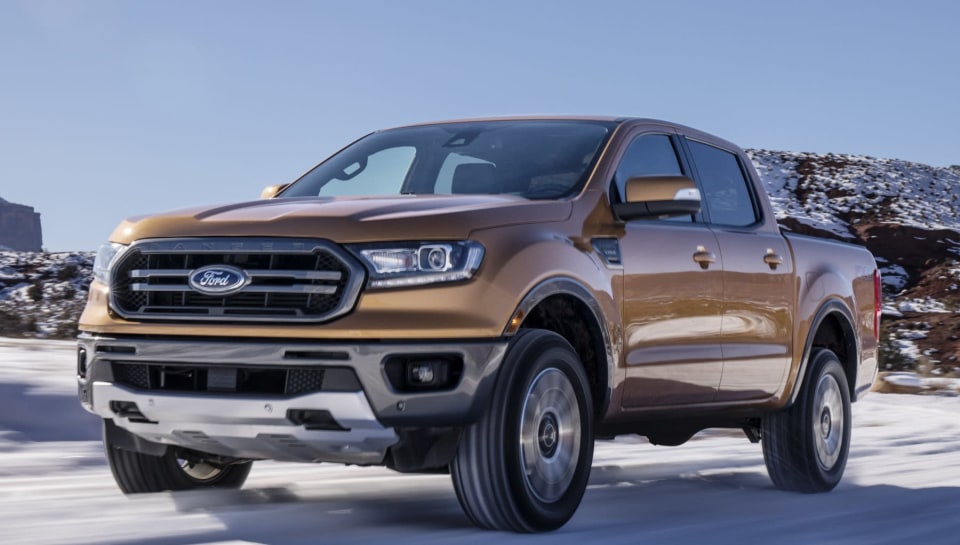 After a few years away (at least in the US) Ford's midsize truck, the Ranger, will return for the 2019 model year. Just unveiled ahead of the 2018 North American International Auto Show in Detroit, it's one of two new models that Ford is releasing that includes automatic emergency braking. Other driver assists like lane keeping and adaptive cruise control are also available, but the one we haven't seen before is a sort of "cruise control for off-road" called Trail Control. Between 1-20 MPH on rugged terrain, it takes over acceleration and braking individually on each wheel while the driver just steers. This edition of the "T6" Ranger has been on sale elsewhere in the world since 2011, and arrives with the company's latest technology inside, like Sync 3 with links to Android Auto, Apple CarPlay and Amazon Alexa, plus the FordPass Connect WiFi hotspot. Under the hood, there's a 2.3-liter four-cylinder twin-turbo EcoBoost engine paired with a 10-speed automatic transmission. We'll probably get a better look at this one when the show floor opens Monday morning, so stay tuned for updates.

In this article: automaticemergencybraking, ford, gear, naias2018, ranger, sync3, trailcontrol, transportation
All products recommended by Engadget are selected by our editorial team, independent of our parent company. Some of our stories include affiliate links. If you buy something through one of these links, we may earn an affiliate commission.