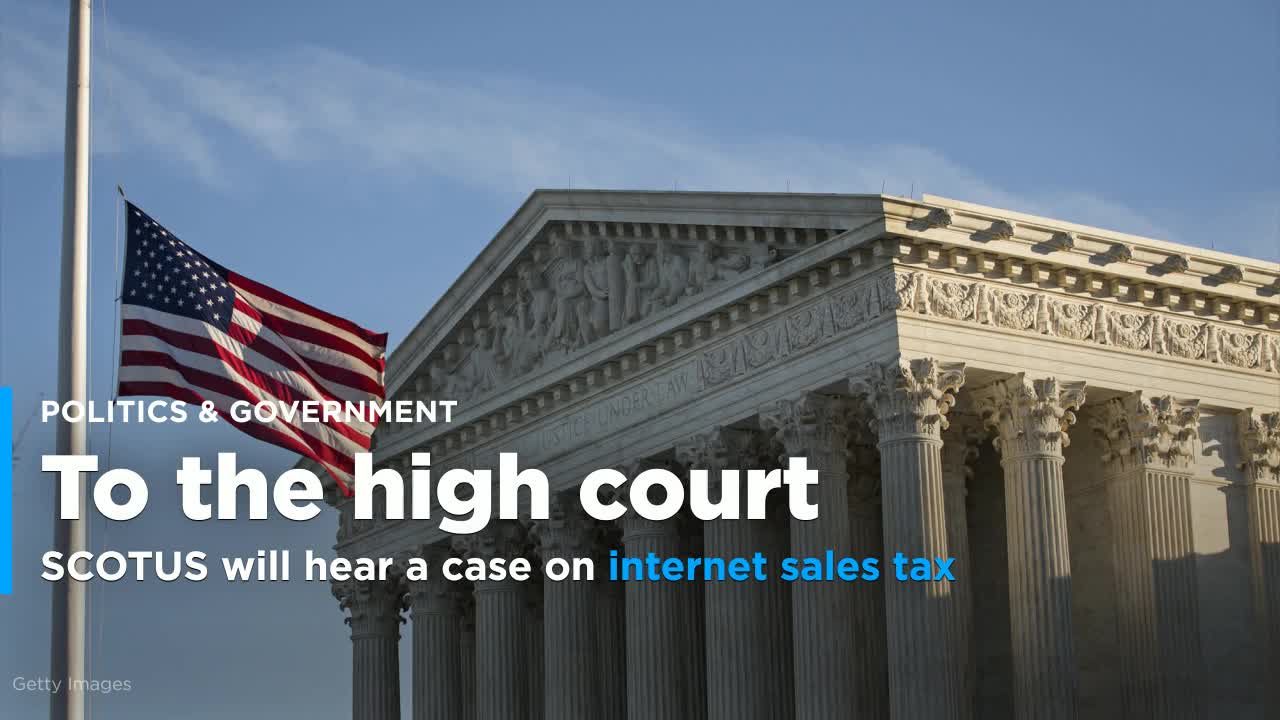 One of the benefits of internet shopping for many consumers is not having to pay sales tax. But the Supreme Court has just agreed to hear South Dakota v. Wayfair, which may reverse the 1992 ruling that prevents state and local governments from requiring retailers to collect sales tax for online purchases.

Bloomberg reports that states may have lost out on as much as $13 billion in 2017 because of the internet's functionally tax-free status, according to a Government Accountability Office report. The state of South Dakota decided to do something about it; its legislature passed a bill in 2016 that required any retailer with over $100,000 in sales per year to pay a 4.5 percent state tax on purchases. After the bill became law, the state turned to the courts to ask it to make the law constitutional.

Online retailers WayFair, NewEgg and Overstock are opposed to the legislation. The companies state that, while Congress might pass a law supporting an online sales tax, the courts aren't a way to solve this problem. "If Quill is overruled, the burdens will fall primarily on small and medium-size companies whose access to a national market will be stifled," the companies said. "Congress can address this issue in a balanced and comprehensive manner through legislation."

If the Supreme Court upholds the South Dakota law and overturns the 26-year-old precedent of Quill v. North Dakota, it will certainly impact online buying. While online mega-retailer Amazon collects sales tax in most states this point, companies without physical presences in states currently have an advantage over brick-and-mortar locations. Without that, it's possible online sales could fall.