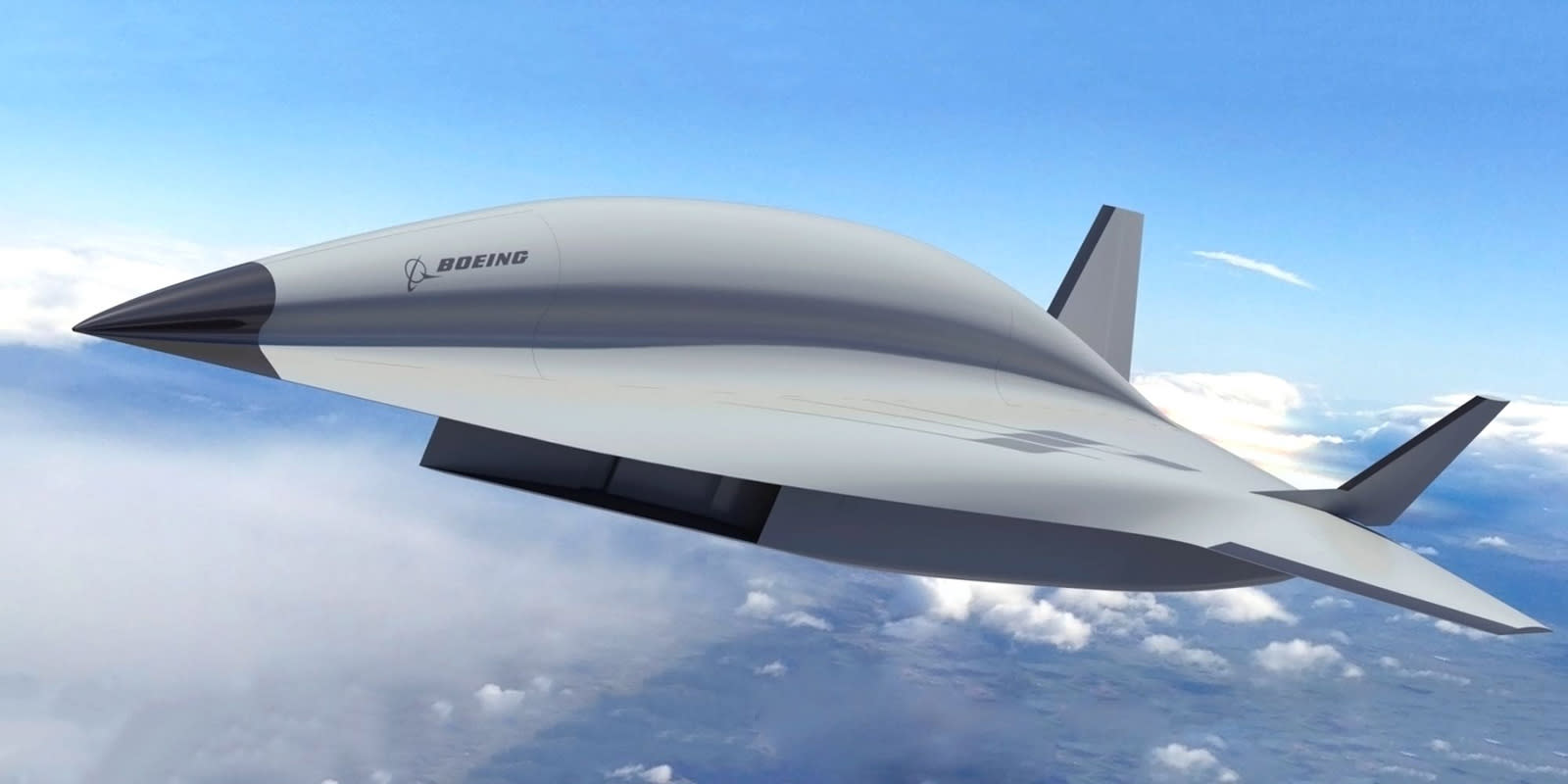 Lockheed isn't the only one hoping to make a hypersonic spy aircraft. Boeing has provided early details on its own design for a hypersonic tech demonstrator that would lead to a spiritual successor to the SR-71 Blackbird. In some ways, it's a logical extension of the company's X-51A Waverider: the wedge-shaped, twin-tail body is designed to minimize drag while gulping in as much air as possible. It would be about as long as the Blackbird, but its Mach 5-plus top speed would leave the older Mach 3.2 jet far behind.

Further progress on the design depends on whether or not American officials select it for development under both DARPA's Advanced Full Range Engine program and the US Air Force's Turbine-Based Combined Cycle study. If it does go ahead, it'll be a while before there's a production aircraft. Boeing would start by making a single-engine proof of concept vehicle (roughly the size of an F-16 Falcon) and would move on to a full-sized, dual-engine version. Also, don't expect to get exactly what you see here. Boeing's Kevin Bowcutt told Aerospace Daily that the design is still evolving, so this is more a reflection of the current state of affairs than anything.

Still, the new details show that competition in hypersonic flight is finally heating up -- it's slowly moving past small-scale demos and purely theoretical exercises. While the first aircraft are likely to be limited to military and spaceflight purposes (like Boeing's own XS-1), the work you see here could translate to the civilian world in time.

In this article: afre, aircraft, boeing, concept, darpa, gear, hypersonic, military, prototype, transportation, wargadget
All products recommended by Engadget are selected by our editorial team, independent of our parent company. Some of our stories include affiliate links. If you buy something through one of these links, we may earn an affiliate commission.