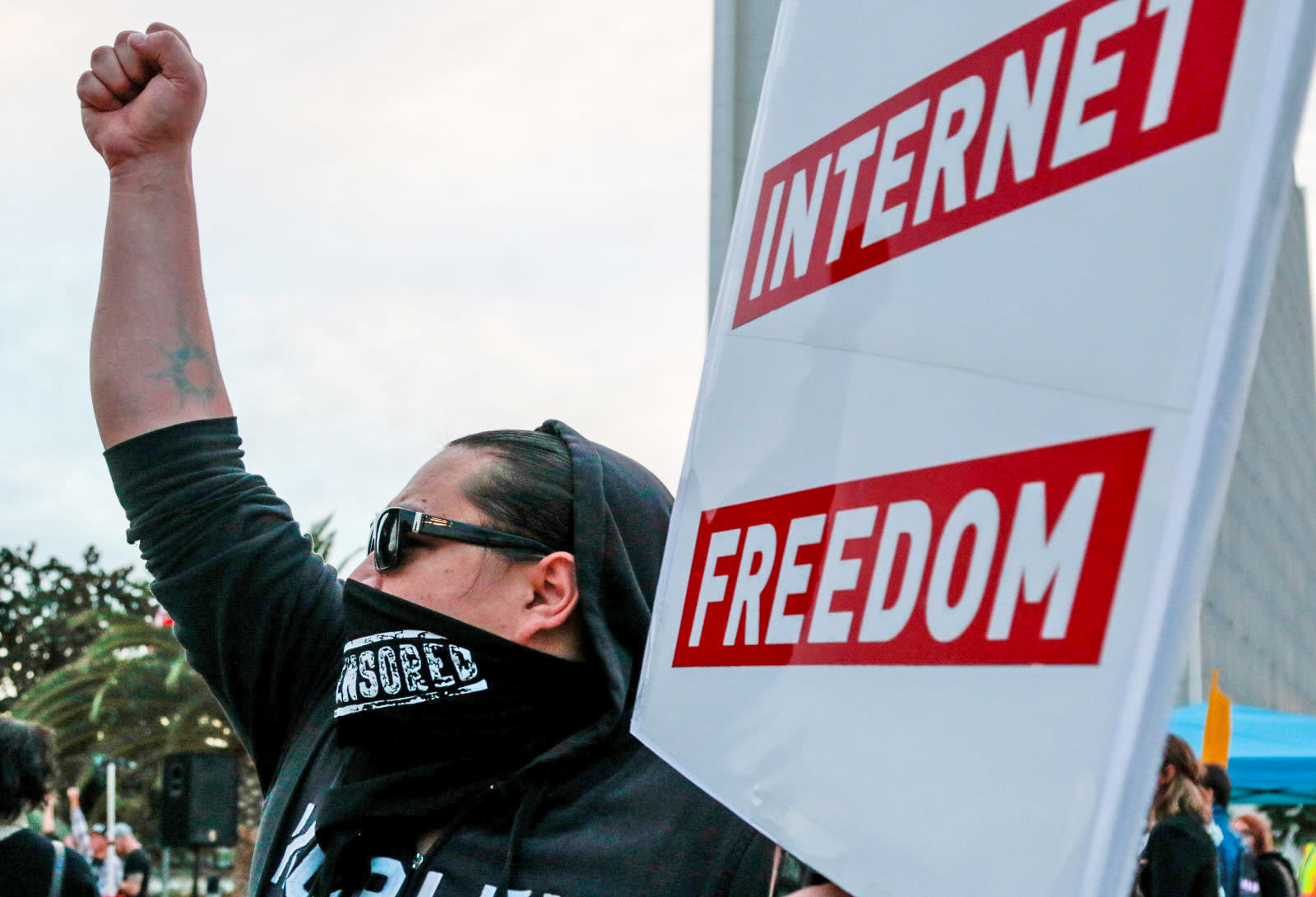 Yesterday, Senate minority leader Chuck Schumer said that Senate Democrats now have a total of 50 votes in favor of restoring net neutrality. Today, the push back against the net neutrality repeal intensifies, as a companion House bill to reject the FCC's repeal now has 80 co-sponsors. What's more, 22 state attorneys general have also filed a lawsuit to block it from happening.

The companion House bill is by Rep. Mike Doyle of Pennsylvania and is designed to accompany the "resolution of disapproval" sent in by Senator Ed Markey (D-Massachusetts). Under the Congressional Review Act (CRA), the resolution needs simple majorities in both the Senate and the House of Representatives to pass Congress, though there's also a chance a veto could override that (which itself could be overridden).

The attorney general lawsuit, on the other hand, was brought by Eric T. Schneiderman of New York, who said to the New York Times that the net neutrality repeal would turn internet service providers into gatekeepers, "allowing them to put profits over consumers while controlling what we see, what we do, and what we say online." The lawsuit is the first legal challenge against the FCC's order to repeal net neutrality, though other lawsuits by Public Knowledge and the Free Press are expected.

"FCC Chairman Ajit Pai ignited a firestorm of dissent when he and his Republican colleagues voted to gut popular Net Neutrality protections. Lawmakers on both sides of the aisle have told us they're getting a flood of phone calls opposing Pai's decision and supporting efforts to restore the Net Neutrality safeguards put in place in 2015."

UPDATE: Mozilla is the latest to file suit against the FCC to preserve net neutrality. It states: "Ending net neutrality could end the internet as we know it. That's why we are committed to fighting the order. In particular, we filed our petition today because we believe the recent FCC decision violates both federal law as well as harms internet users and innovators. In fact, it really only benefits large Internet Service Providers."

In this article: fcc, gear, internet, netneutrality, politics
All products recommended by Engadget are selected by our editorial team, independent of our parent company. Some of our stories include affiliate links. If you buy something through one of these links, we may earn an affiliate commission.