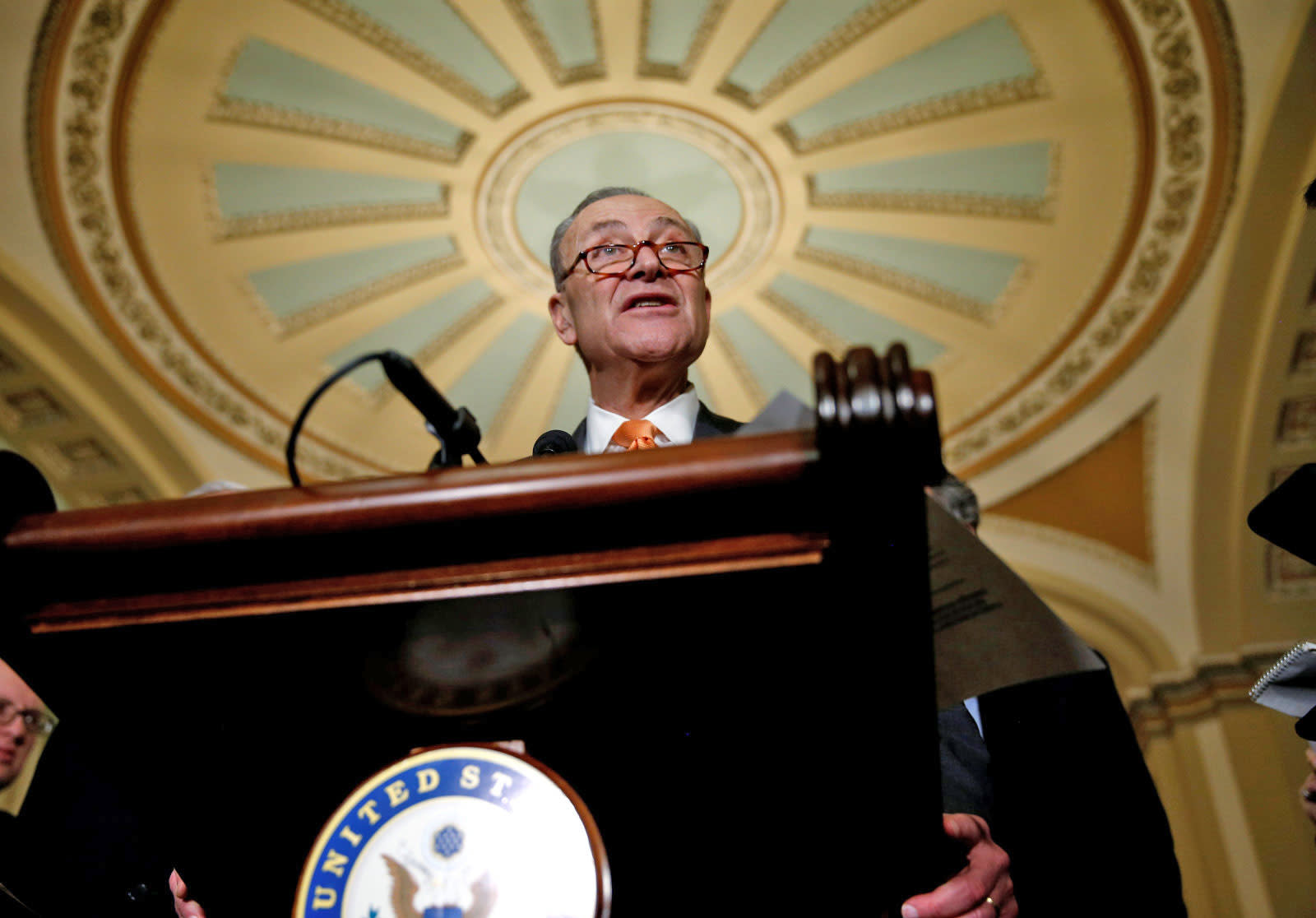 Senate minority leader Chuck Schumer now says Democrats in the Senate are a single vote away from restoring net neutrality. According to the senator from New York, they now have a total of 50 votes for a Senate resolution of disapproval that would restore the Open Internet Order of 2015 and deliver a stiff rebuke to Ajit Pai and other Republican members of the FCC. It would also prevent the agency from passing a similar measure in the future, all but guaranteeing Net Neutrality is permanently preserved.

Right now the resolution has the support of all 49 Democrats in the Senate and one Republican, Susan Collins of Maine. But Schumer and the rest of the caucus will have to win over one more Republican vote to prevent Vice President Mike Pence from breaking tie and allowing the repeal to stand.

Under the Congressional Review Act the Senate has 60 days to challenge a decision by an independent agency like the FCC. With less than 30 days left to go, Democrats will have to move quick to convince a "moderate" like John McCain or Lindsey Graham to buck their party. Of course, considering the public outcry that preceded and followed the reversal, it's not impossible. But it's still an uphill battle for supporters of net neutrality.

Update: As some have pointed out the resolution would still either need the president's signature or a two-thirds vote in the congress to overrule a veto. We apologize for the lack of clarity.

In this article: breaking news, ChuckSchumer, fcc, gear, government, internet, law, NetNeutrality, regulation, senate, tomorrow
All products recommended by Engadget are selected by our editorial team, independent of our parent company. Some of our stories include affiliate links. If you buy something through one of these links, we may earn an affiliate commission.