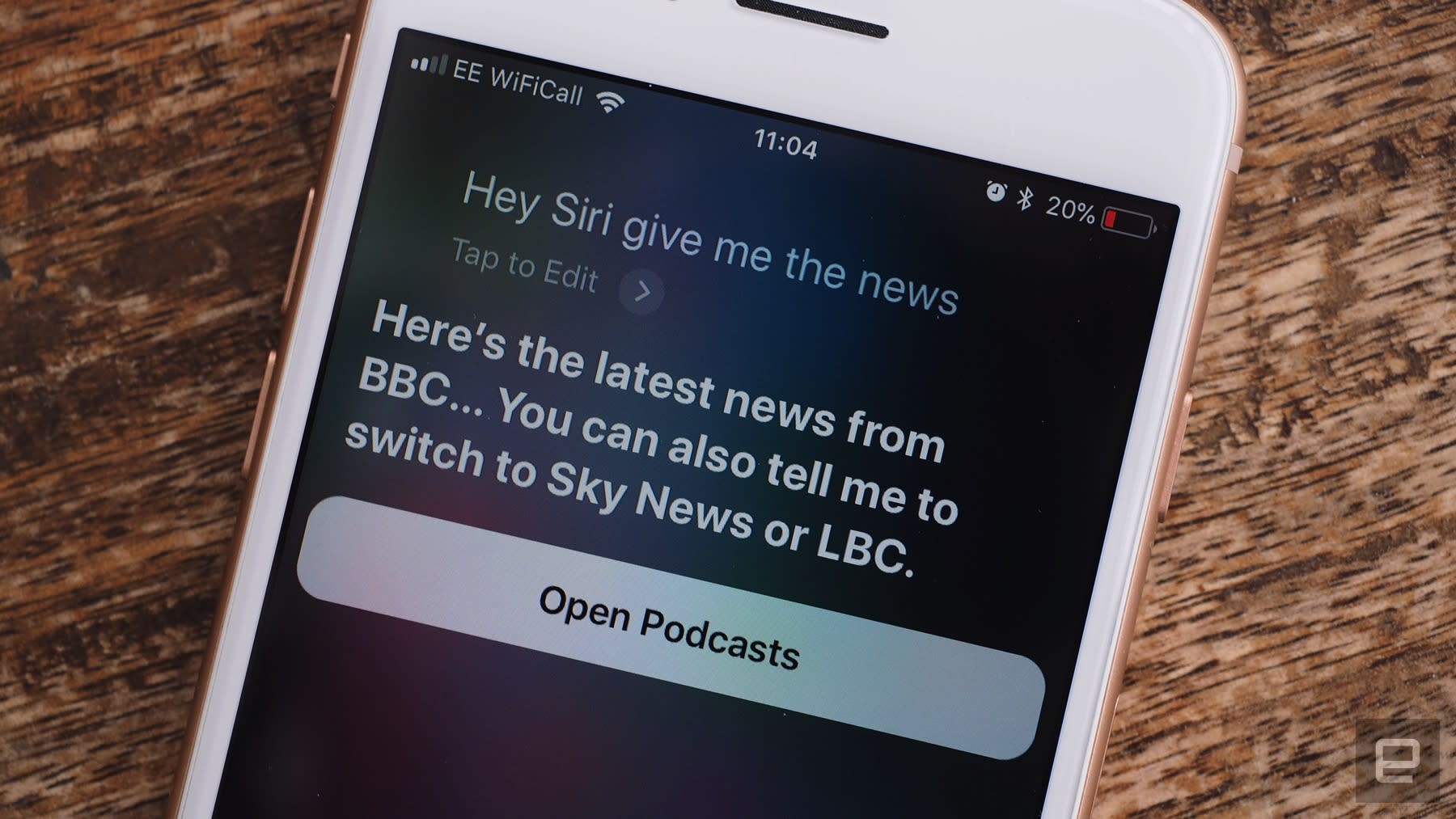 Brits can now ask their iThings to give them a brief update on what's happening in the world with the command: "Hey Siri, give me the news." Siri doesn't actually read the news, though, and instead will automatically play the latest podcast from a trusted source of your choice. I was treated to a 2-minute bulletin from BBC News when I said the magic words to Siri this morning, which also offered Sky News and LBC up as alternative sources.

As Apple prepares Siri for life inside its HomePod smart speaker, it first added the news briefing feature to the beta version of iOS 11.2.5 -- limiting it to the States at that point, too, where The Washington Post, Fox News, NPR or CNN provide the updates. In a matter of weeks, however, it's now graduated out of beta to become a standard Siri feature in iOS 11, whilst rolling out to new territories. So far the UK and Australia are confirmed, but there could be other countries the feature is also live in.

In this article: apple, australia, beta, gear, internet, ios, ipad, iphone, mobile, news, personal computing, personalcomputing, podcast, podcasts, siri
All products recommended by Engadget are selected by our editorial team, independent of our parent company. Some of our stories include affiliate links. If you buy something through one of these links, we may earn an affiliate commission.