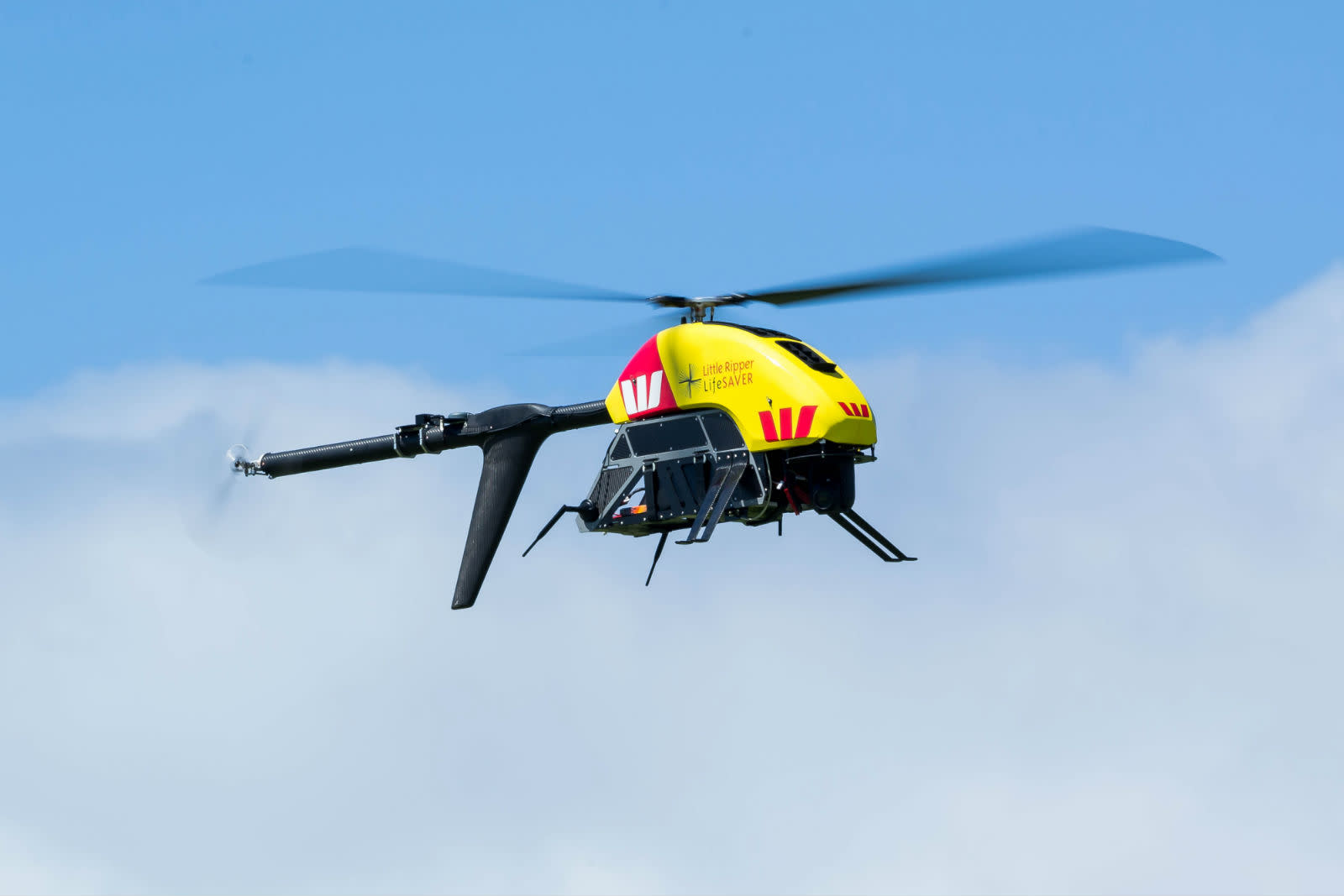 Australia's 'Little Ripper' drone has saved a pair of swimmers caught in rough seas in what's thought to be a world-first rescue operation. Lifeguards were busy testing the UAV off Lennox Head as part of New South Wales' $250,000 shark-spotting strategy when the distress call came in. Within 70 seconds the aerial helper had tracked down the stranded duo and dropped them a flotation pod, which they used to safely make their way to shore, according to The Sydney Morning Herald.

Australia has been leading the charge in deploying drone coast guards, with countries like the UK following suit. The 'Little Ripper' UAVs, packed with supplies including inflatable rafts and GPS beacons, can fly through the air for two-and-half hours on a single charge. In August, it was reported that the drones were being fitted with AI smarts to map Australia's shark-infested waters. Around 40 Little Rippers were reportedly shipped to Australia's Surf Life Saving Clubs last year.

In this article: australia, drone, drones, gear, littleripper, rescue, robots, SearchAndRescue, TL18HELP
All products recommended by Engadget are selected by our editorial team, independent of our parent company. Some of our stories include affiliate links. If you buy something through one of these links, we may earn an affiliate commission.