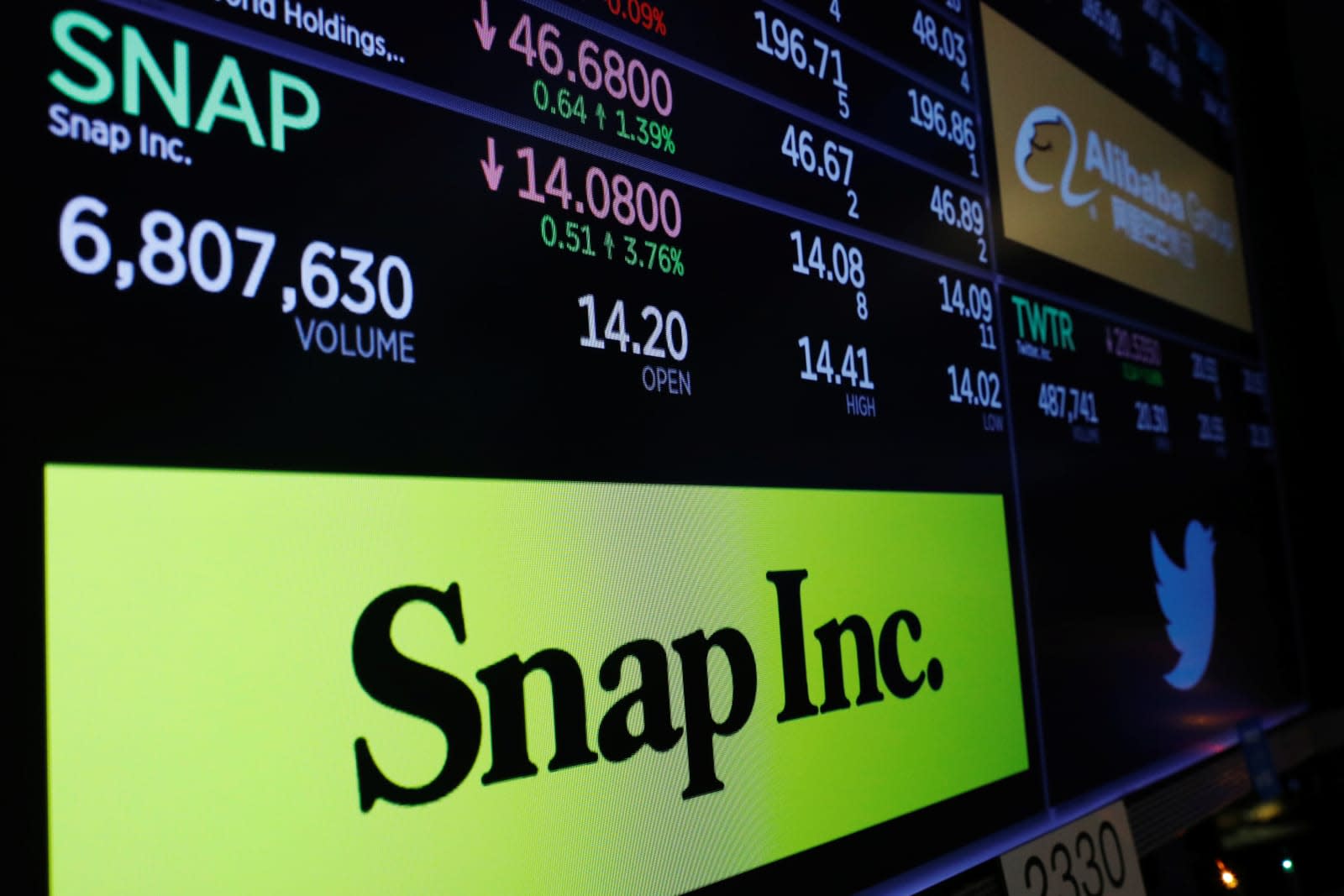 Snap has just laid off 22 employees, a sign that the company is continuing to struggle with slow user growth. The staff cuts affected teams across the company, one of which was the content team [Ed. See update below for details]. According to The Information, Snap's content team has now consolidated operations in its Venice Beach, CA location, when it previously had members in both Venice as well as New York City.

While Snap has been heavily investing in original content and Snapchat shows, there's a high level of uncertainty around how successful they actually are. NBC Universal claims its Stay Tuned show has over 29 million viewers and The Rundown from the E! Entertainment Network makes over a $1 million in revenue from the app. But as Snapchat doesn't disclose metrics like monthly active users, it's hard to know how successful these shows are in attracting new users. CNN, for example, has killed its Snapchat show because "there wasn't a clear enough path to make money."

Snap has been struggling in other areas too. It's had to reshuffle its hardware plans as Spectacles wasn't the success the company thought it would be, and it's also planning a big app redesign to attract more users. The redesign is said to emphasize user-based content over branded ones, and will split your friends' messages and stories into different sections.

According to a memo leaked to Cheddar, CEO Evan Spiegel said: "The journey is long, the work is hard, but we have and we will consistently, systematically, out-innovate our competitors with substantially few resources and in far less time."

UPDATE: A Snap spokesperson has contacted us to say that the content team did not make up the majority of the layoffs. Instead, content layoffs make up less than half of overall cuts. The same spokesperson said that this was part of a larger reorganization across the content team to centralize the team in Los Angeles. We've also edited the article for clarity.

In this article: business, gear, internet, mobile, snap, snapchat
All products recommended by Engadget are selected by our editorial team, independent of our parent company. Some of our stories include affiliate links. If you buy something through one of these links, we may earn an affiliate commission.