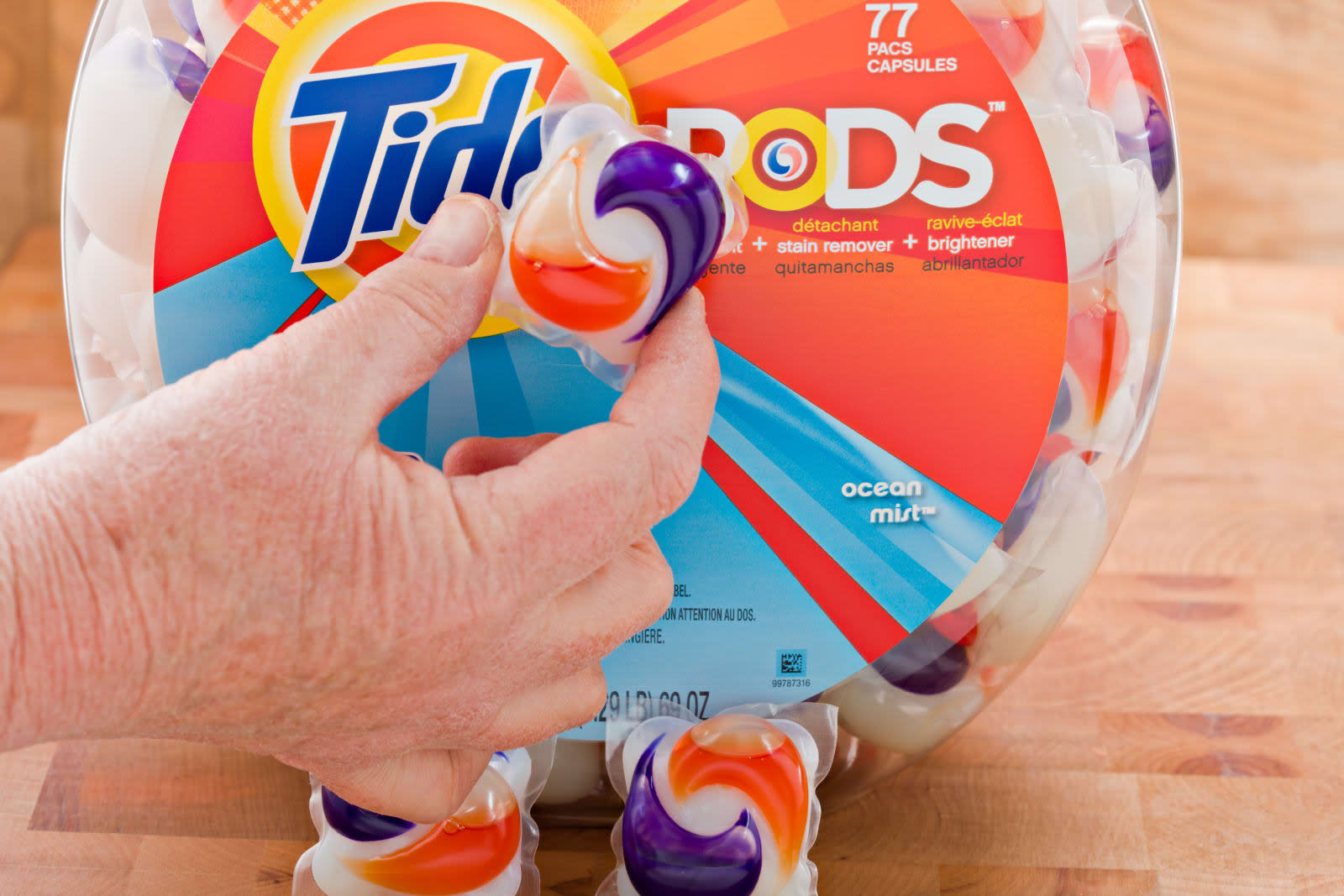 In the year 2018, nobody expected human society would need an intervention to stop people from eating (drinking?) laundry detergent. And yet, actual thinking people are recording themselves consuming Tide Pods, which inspires others to follow suit on camera, begetting an endless cycle of Darwinian consequences. According to CNN, YouTube and Facebook have committed to taking down this content, proving so many critics of the internet right.

Normally, it's only small infants who mistake the detergent-filled pods for candy or whatever and chow down on the brightly-colored cleaning bombs. But thanks to the #TidePodChallenge, a colossal flow of idiots have willingly ingested these toxic unedibles because someone on the internet passively dared everyone to do it. Now it's a public health issue that might become an actual crisis, because apparently an unaddressed opioid epidemic isn't catastrophic enough.

It's gotten so bad that in the first 15 days of 2018, the American Association of Poison Control Centers received as many calls about intentional consumption of laundry pods as it did in the entirety of 2016, according to CNN. Tide had to hastily shoot and upload a video where The Gronk of the New England Patriots tells the world not to eat the pods.

What should Tide PODs be used for? DOING LAUNDRY. Nothing else.

Eating a Tide POD is a BAD IDEA, and we asked our friend @robgronkowski to help explain. pic.twitter.com/0JnFdhnsWZ

Facebook will remove #TidePodChallenge content from its site and Instagram. In addition to taking down the videos, Google will give anyone who posts footage of anyone eating Tide Pods a strike on their channels for violating YouTube's Community Guidelines, which were already there, and content uploaders should've known better. (News reports mentioning the Tide Pod Challenge are fine, however.)

In this article: darwin, facebook, google, internet, poisoning, tide, tidepodchallenge, TidePods
All products recommended by Engadget are selected by our editorial team, independent of our parent company. Some of our stories include affiliate links. If you buy something through one of these links, we may earn an affiliate commission.