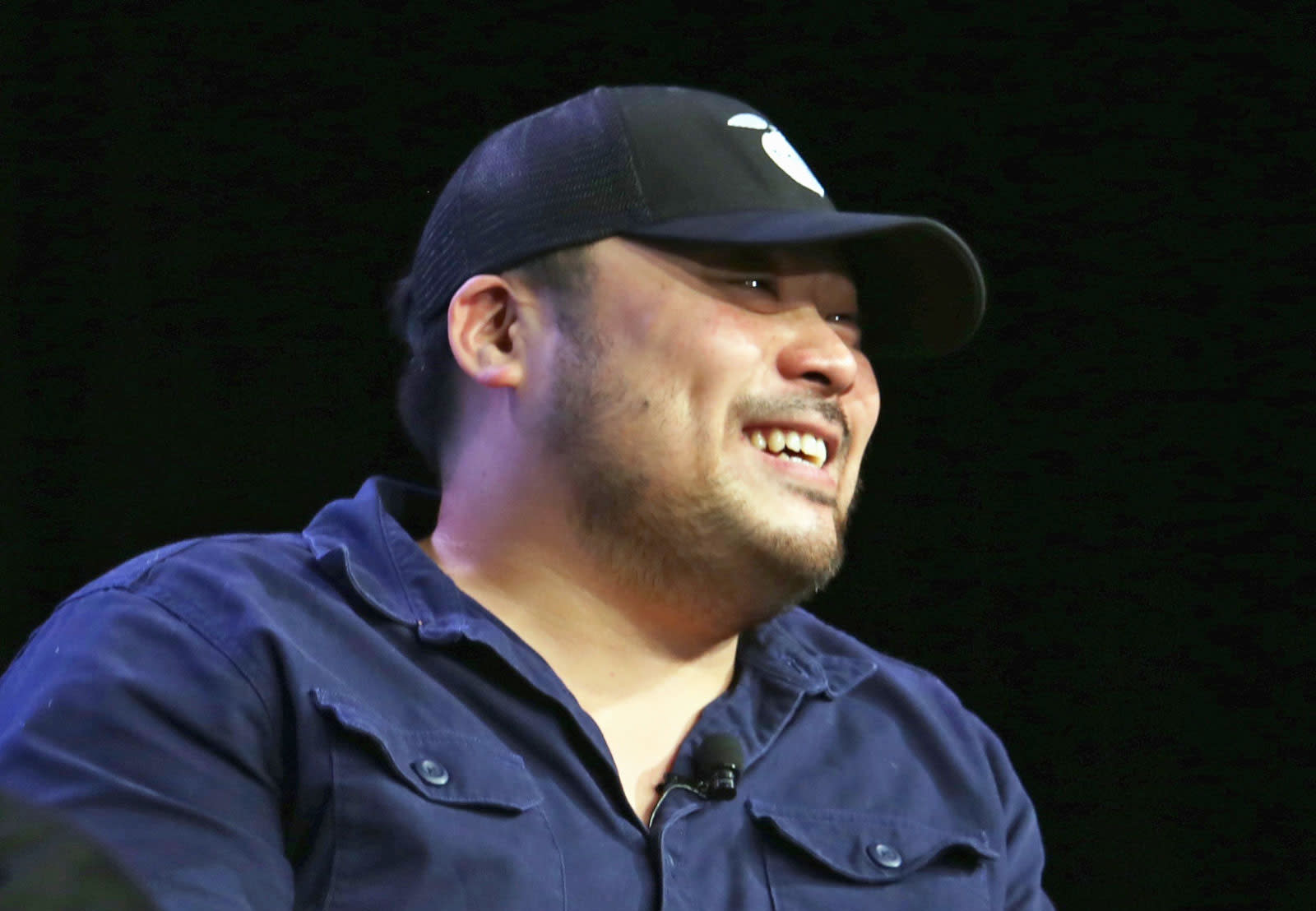 David Chang, the chef and restaurateur behind the ever-growing Momofuku family of restaurants, has a new show in the works -- a Netflix series called Ugly Delicious. In the series, he'll travel the world eating at notable restaurants with writers, entertainers and other chefs and they'll explore topics like culture, authenticity and identity and how they relate to food. Chang told Eater that in more recent years, he had really begun to embrace the Korean food he grew up with but chose not to cook as a young chef. "As I've gotten older, I've embraced all the things that I truly love eating," he said. "I'm not embarrassed about it anymore. Now I'm just like, I don't give a fuck."

Chang has appeared on a number of shows over the years. He hosted the first season of the Anthony Bourdain-produced Mind of a Chef -- a PBS show at the time though its sixth and most recent season was picked up by Facebook Watch -- and also appeared in the second season of Netflix's hit series Chef's Table. You've probably also spotted him in other programs like Top Chef, Anthony Bourdain: No Reservations, The Layover and even an episode of Billions last year. Next month, Chang will also cover Korean food and culture for NBC as a 2018 winter Olympics correspondent.

This dish is underrated among all the outstanding meat offerings @parksbbq 은대구 조림 (spicy braised cod & radish). Growing up my mom would make this dish all the time, sometimes substituting cod with canned mackerel. Jenny's version at parks is outstanding. Gnarly but so tasty with a bowl of rice #uglydelicious

Ugly Delicious, a title that comes from a hashtag he often uses on Instagram, will premiere on Netflix on February 23rd. Check out a clip below wherein Chang and comedian Ali Wong discuss what really makes a Vietnamese restaurant good.

In this article: av, Culture, DavidChang, dining, entertainment, food and drink, food-and-drink, foodanddrink, momofuku, netflix, uglydelicious, video
All products recommended by Engadget are selected by our editorial team, independent of our parent company. Some of our stories include affiliate links. If you buy something through one of these links, we may earn an affiliate commission.