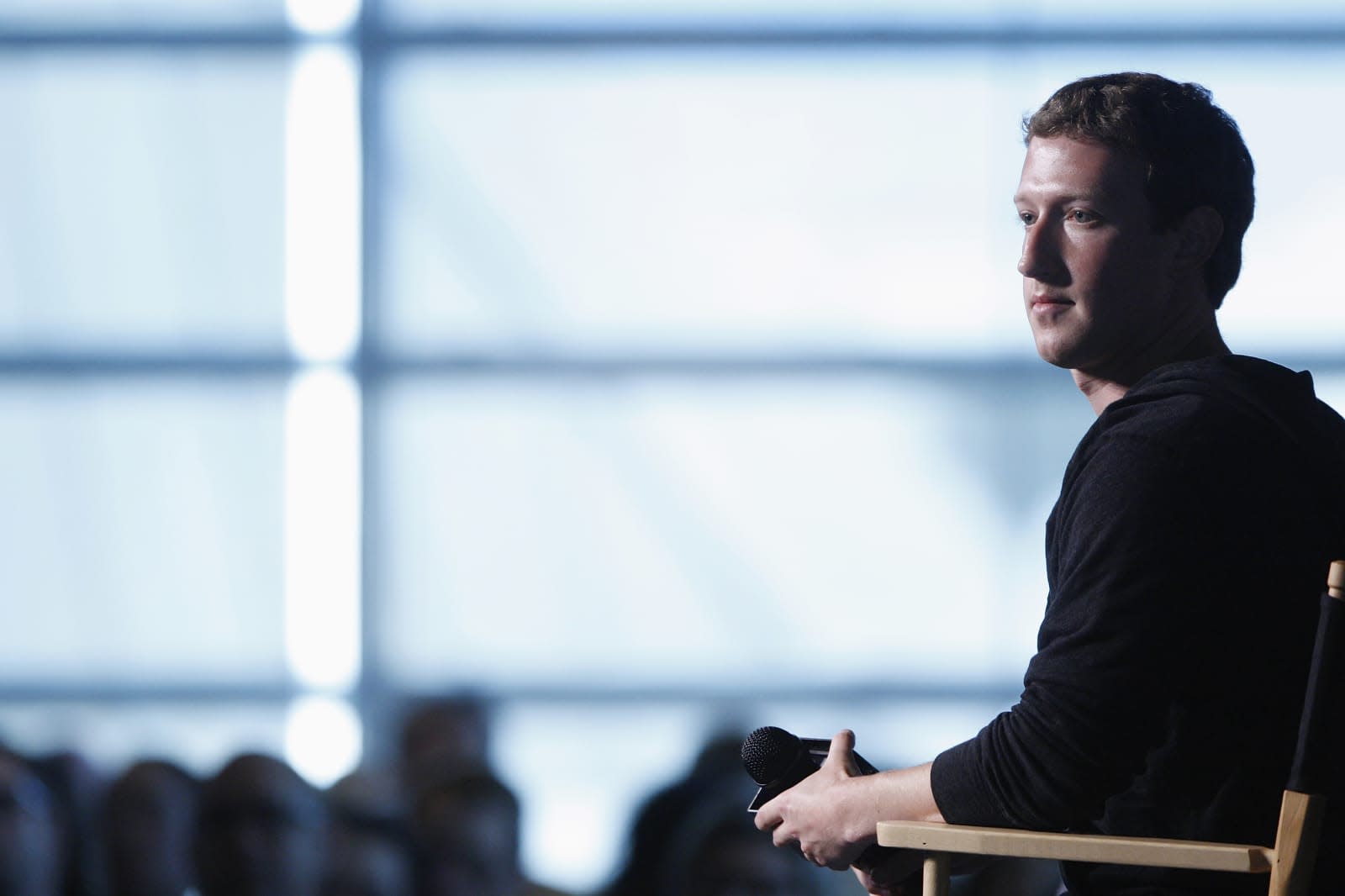 Last week Mark Zuckerberg kicked off his year of making sure your time on Facebook is "well spent" by announcing that feeds will refocus on items shared by friends, instead of news. Today the CEO followed up with an announcement that the site will try to identify and highlight "trusted sources" based on community feedback. While the combination of these changes is apparently only going to change the mix of news in feeds from five percent to four percent, its stated claim is to avoid " sensationalism, misinformation and polarization."

In an interview with the Wall Street Journal, the VP of product management who oversees the news feed, Adam Mosseri, said "This is an interesting and tricky thing for us to pursue because I don't think we can decide what sources of news are trusted and what are not trusted, the same way I don't think we can't decide what is true and what is not." Under increasing scrutiny from the media, users and regulators about its control over the information seen by billions of people every day, it appears Facebook's first choice is to attempt regulation by its own users.

Mosseri indicated that user rankings are still just one of the weights Facebook will use in ordering posts on the news feed, but it's unclear exactly how the site will avoid potential attempts to game the system, whether by use of bots, coordinated group reporting or other means. However it works, according to Zuckerberg, this is just the start of a process to "prioritize news that is trustworthy, informative, and local."

Update: In an email to Engadget, a Facebook spokesperson noted that it had considered these concerns. Their statement in full is included below.

Facebook offers a platform for people to gain access to an ideologically diverse set of views. People value this, and it is important to us. It was also important to us to get it right. So, we surveyed a vast, broadly representative range of people (which helps – among other measures – to prevent the gaming-of-the-system or abuse issue you noted) within our Facebook community to develop the roadmap to these changes - changes that are not intended to directly impact any specific groups of publishers based on their size or ideological leanings. Instead, we are making a change so that people can have more from their favorite sources and more from trusted sources. I'd also add that this is one of many signals that go into News Feed ranking. We do not plan to release individual publishers' trust scores because they represent an incomplete picture of how each story's position in each person's feed is determined.

In this article: entertainment, facebook, fakenews, feed, fridaynightnewsdump, internet, markzuckerberg, news
All products recommended by Engadget are selected by our editorial team, independent of our parent company. Some of our stories include affiliate links. If you buy something through one of these links, we may earn an affiliate commission.