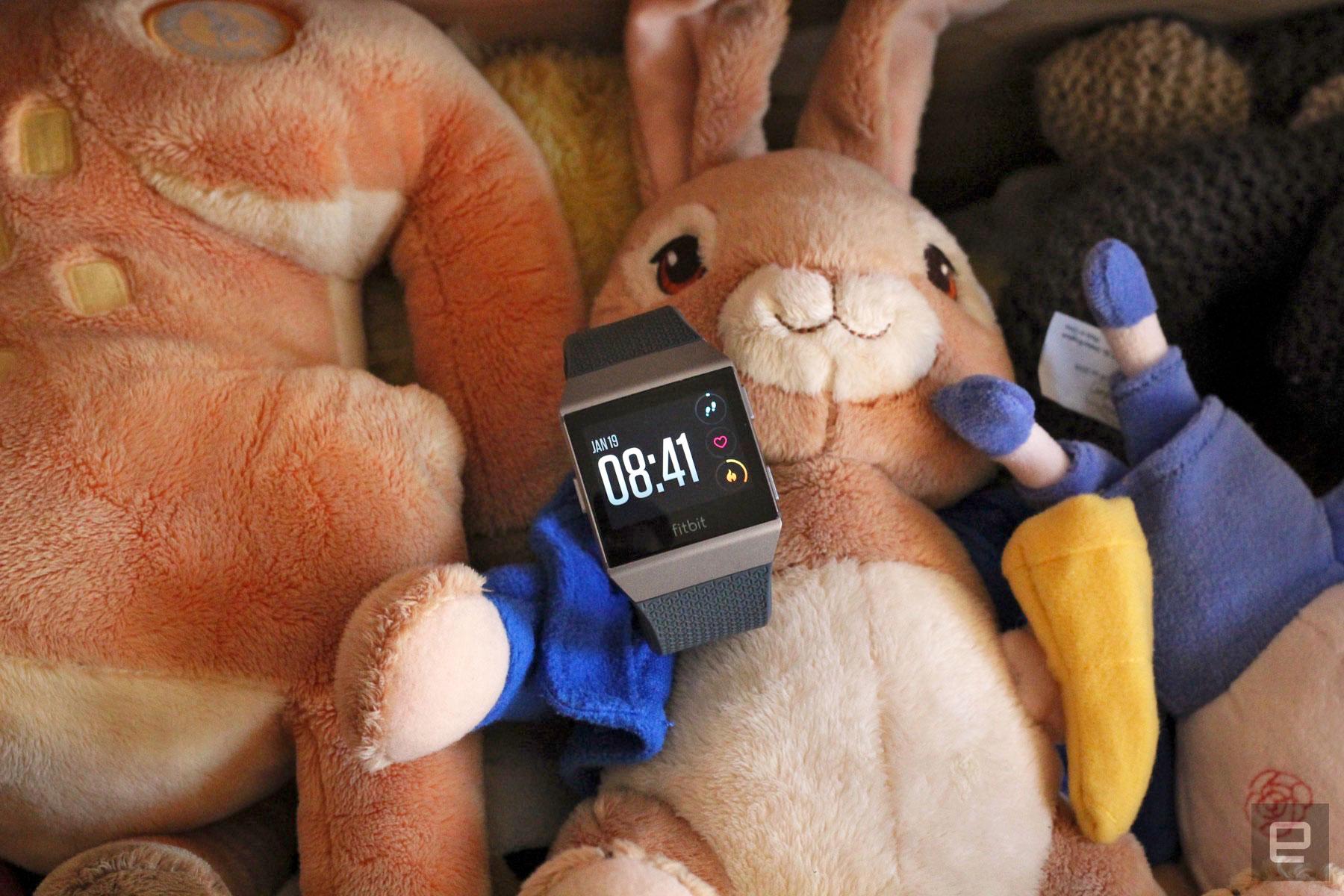 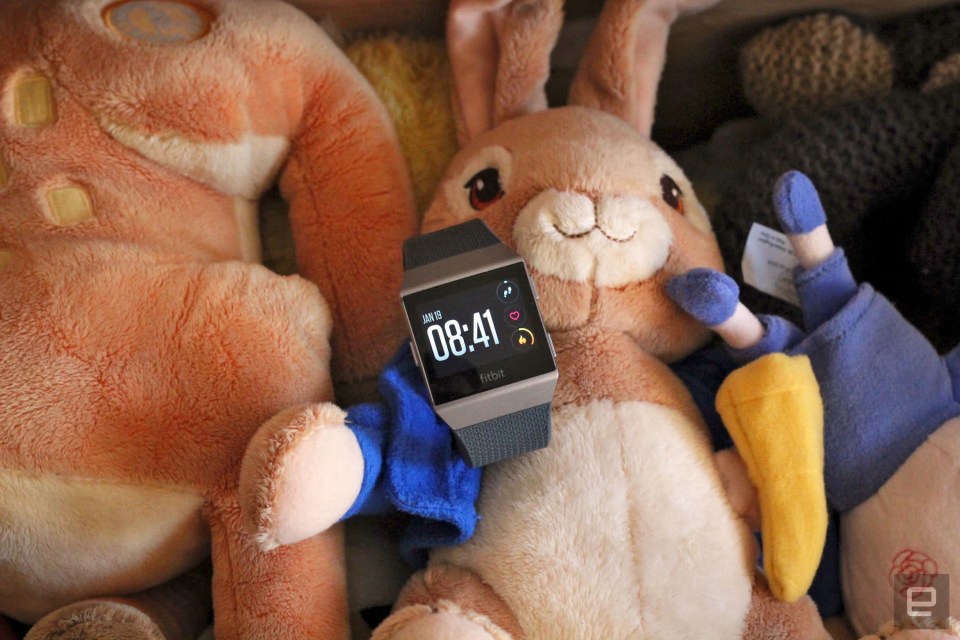 Half a year back, my daughter suddenly stopped sleeping through the night, meaning that my wife and I stopped sleeping as well. No fancy bedroom gadget, or anything else, has alleviated the terrible fog that clouds our brains after an average of four hours' sleep. But there is one device that I've found myself clinging to in the last few months, something that's helping me get through the day in one piece. It's the Fitbit Ionic, and yes, I'm as surprised as you are. When Ionic finally emerged from development hell at the tail-end of last year, it was met with lukewarm praise. One complaint was that it was boxy and looked unmistakably like a fitness tracker, which is fair, but I'm a fan of its looks. Much like the Basis Peak, it's a device that looks worse in photos than it does in person, and on the wrist. Thing is, I'm a dad: Nobody's judging my desirability at all, and my unattractive watch matches well with my vomit-tainted jeans and chewed sweater.

Another complaint was that the Ionic falls short against the Apple Watch when it came to the wearable's app ecosystem. Fitbit bought, and killed off, Pebble and (my beloved) Vector to help remedy this issue, but we're still waiting for anything substantial to happen. It's funny, though, because for all of Apple's strength in this area, the company only found a way to successfully market its wearable when it focused on its strengths as a fitness tracker. A wrist-worn general computing platform is a fine technical achievement, but doing anything complex on that tiny screen is irritating. I'd much rather my watch do fewer things, better, than try to do everything at the cost of its battery. Longevity is essential for a wearable, especially when it's used for sleep tracking. The Apple Watch's official 18-hour battery life* simply can't compete with the Ionic's four-days of juice. Even nicer, Fitbit sends an email when it thinks the Ionics needs to rejuice; although, the trick is to just plug it in when you're showering. Either way, not needing to take a charger on work trips shorter than three days is another few grams of weight I've saved.

And sleep tracking is key, since my default state these days is of permanent, prolonged confusion with a faulty memory. It's become something of a habit for me, every morning, to instantly open my phone and see how much sleep I was able to steal the previous night. The Ionic's sleep tracking is good enough for me to know how things went while I was mindlessly soothing a teething toddler. And knowing how ruined I am helps me decide how to structure the day, even down to food intake.

And it's in this state that my fitness tracker needs to be proactive enough to help me maintain something approaching good habits. If all my addled brain wants to do is eat chips and watch TV, then it's necessary for someone, or something, to consider my long-term health for me. That's why I also like the Ionic's inactivity reminders, which prod me to take a minimum of 250 steps each hour. Fail, and I get a reminder at the 50-minute mark, which I comply with by walking up and down stairs a couple times.

There are other perks that flow from the Ionic's long battery life, such as its ability to continuously track heart rate. Should Fitbit succeed in its plans to identify cardiac issues from tracking data, then it'll go from nice option to essential purchase. Although, if I was being brutally honest, the Apple Watch's three-ringed visualization is still an easier way to view fitness data.

Financial outlet Seeking Alpha believes that Fitbit had a poor holiday season, predicting that sales of the new Ionic were well below expectations. We won't know the extent of the slump until February 28th, but it's likely that the company has lost yet more ground to its rivals. It could be, too, that Fitbit will ultimately suffer a similar fate to GoPro, where the strength of the brand and the products are too easily undermined by cheap copycats. In 2018, it's harder to justify blowing hundreds on an Alta when the MiBand 2 exists as a dirt-cheap equivalent.

Which is a shame, because if someone asked me to pick between the Apple Watch and the Ionic, I'd still opt for the latter. If I wasn't tired all the damn time, I'd probably use all its smart-coaching and fitness features as well. But, as a perma-sleepy dad in an otherwise insane world, at least it helps to keep me on the straight and narrow.

Ionic will do enough to help you hit those New Year's resolutions of getting more sleep and exercise and remind you what's going on even if your brain runs out of power. The only thing I really take issue with is the name, which you can rest assured I typed as Iconic and had to manually correct every single time.

* Like most things, battery life varies with use, and the Apple Watch Series 3 can last past a full day with light-enough use.

In this article: Babygadget, Fitbit, FitbitIonic, gear, Ionic, Parenting, parents, wearables
All products recommended by Engadget are selected by our editorial team, independent of our parent company. Some of our stories include affiliate links. If you buy something through one of these links, we may earn an affiliate commission.