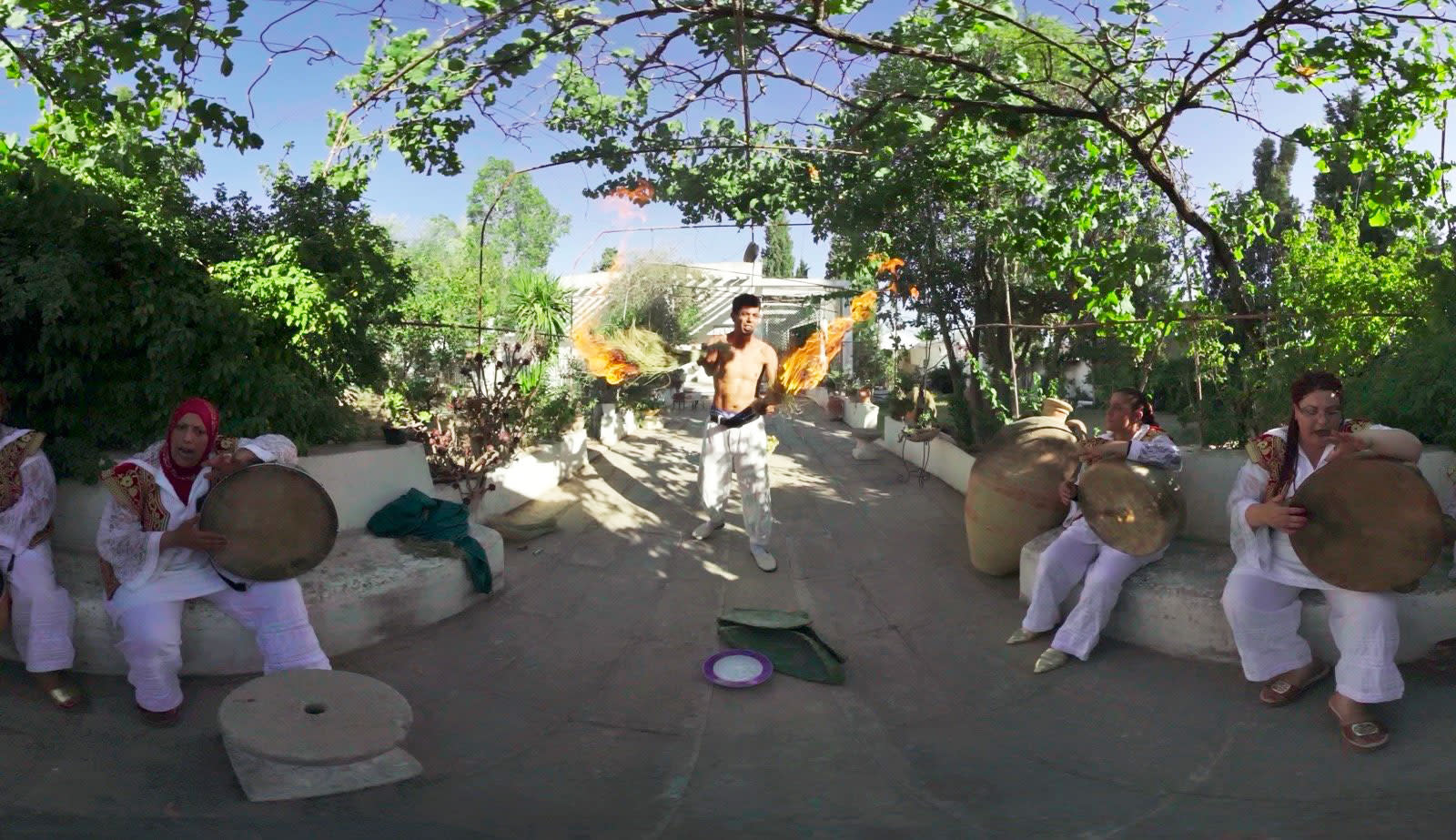 It’s the union of a religious experience with experiential technology.

Director Gabo Arora has spent the past few years promoting virtual reality as the ideal medium for evoking empathy. He spearheaded the UN's VR app, which featured two of his films, Clouds Over Sidra and My Mother's Wing. Now, with Zikr: A Sufi Revival, his new VR experience debuting at the New Frontier exhibition at Sundance today, he's also hoping to help people work through their own ingrained biases against Muslims -- just as he did.

Having grown up in a Hindu family that was forced to flee Pakistan when it gained independence, Arora admits that he picked up plenty of negative ideas about Islam and its followers. But after visiting Sufi shrines in India and learning about that Islamic sect's inclusive musical rituals, he was able to outgrow his intolerance. With this VR film, Arora says, he's also aiming to give viewers a sense of the transcendental nature of Sufi practices. 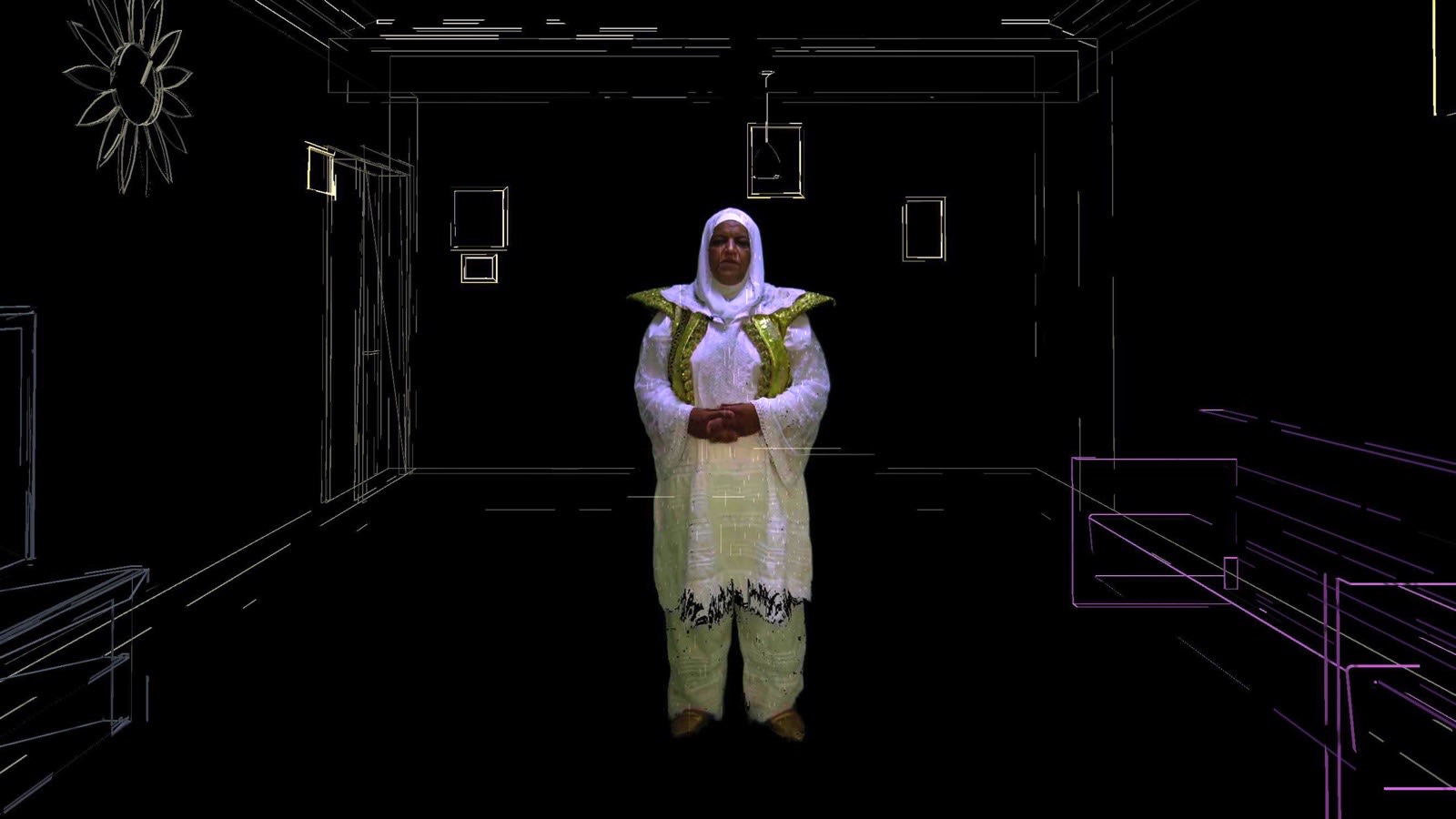 "These rituals... I think they transform you, and they have a transformative effect that you can only understand through experience," Arora told us. "I just thought, 'Hey, VR -- that's what it's for!'... Can it work for these types of religious experiences?"

Through a combination of 360-degree video and virtual interactivity, Zikr gives you a front-row seat to young singers and dancers while also letting you partake in the experience. It spotlights the rise of Sufism in Tunisia as young people look for religious outlets beyond more conservative sects. The film is a co-production of Arora's company Lightspeed, Sensorium and its co-founders John Fitzgerald and Matthew Niederhauser, and the creative technology studio Superbright.

It also marks Arora's first multiplayer VR effort. You're joined by three other people, and you're all connected by a chain, which resembles the rope of prayer beads used by Sufi followers. As you move the Vive controllers in your hands, the chain also moves, symbolizing how our actions are all intertwined.

Exploring multiplayer was "fundamental" to this experience, according to Arora. "I think the future of VR is definitely social," he says. Eventually he hopes to bring Zikr to Steam, to let people all over the world experience these rituals together from their own homes. During my demo of an early version of the film, I had only one companion, but seeing their movements encouraged me to loosen up and participate in the festivities too. 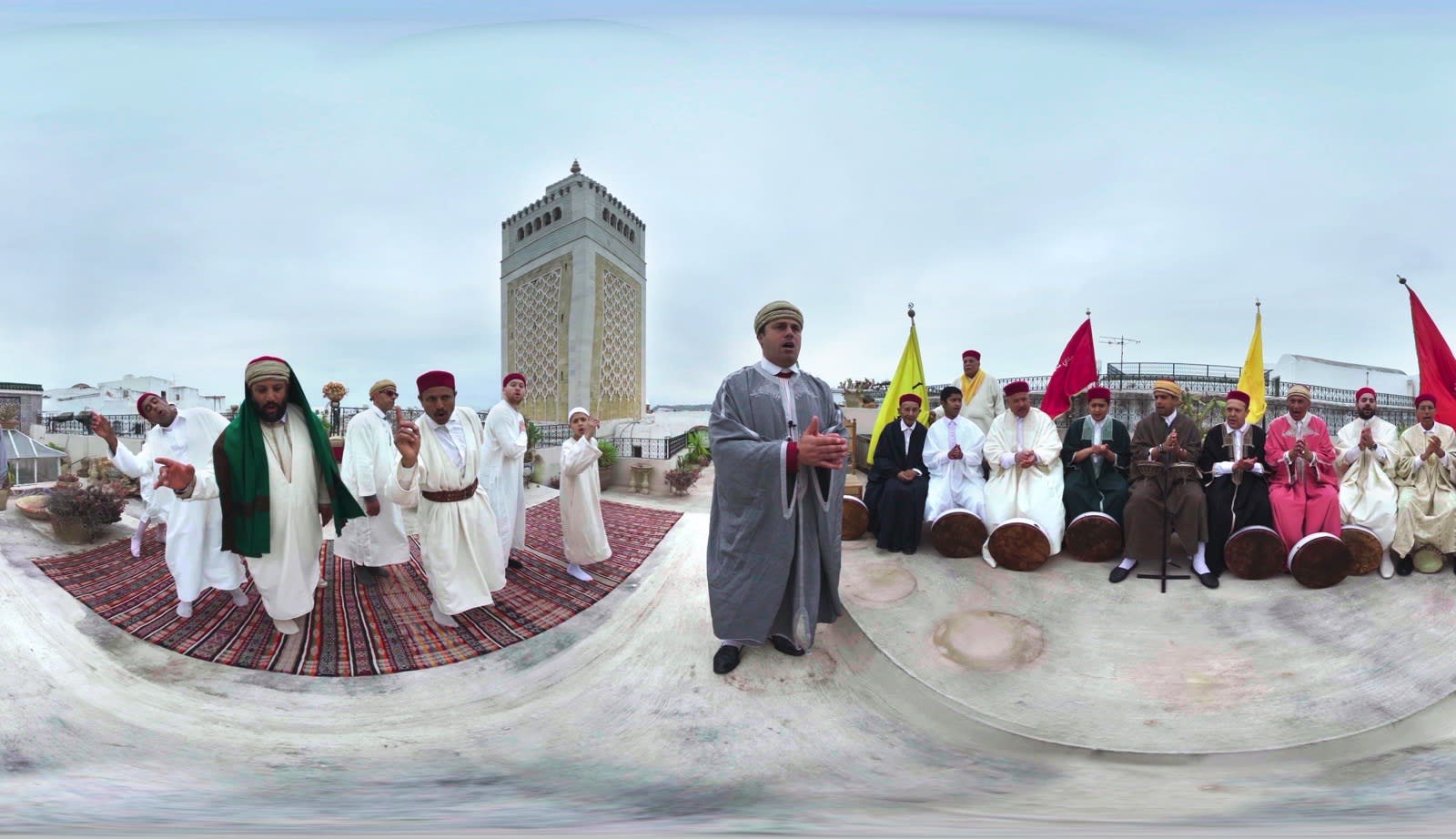 Compared with other 360-degree-video VR films, Zikr stands out by letting you participate a bit in what you're seeing, rather than just having you sit back and passively view it all. It begins with a volumetric, 3D-rendered version of a young girl explaining what Sufi rituals mean to her. And all of a sudden, you're thrust into the middle of a room, with the girl in front of you and half a dozen women with instruments sitting around you. It's not long before they're all performing, with you sitting in the best seat in the house.

Throughout Zikr's scenes, you can dance to the music, and you're also given props eventually. First you'll find a tambourine in your hand, which you can hit along with the musical performers. And you'll end up with a burning bundle of straw, which you can wave around as a devotee dances with two flaming handfuls of straw. There are also hidden interactive features in the film, which will be unlocked when you dance along with the performers.

Much as he did in The Last Goodbye, Arora's last VR film, he's paying attention to the entire experience around Zikr. Before they hop into VR, Sundance viewers will go through antechambers where they're prepared for the rituals ahead. There will also be speakers using spatialization technology to play back Sufi music, which will help to set the devotional mood. While the initial set will be limited by space restrictions at Sundance, Arora is hoping to go bigger for future installations. He's currently in talks with museums, but there aren't yet any firm plans to bring Zikr elsewhere.