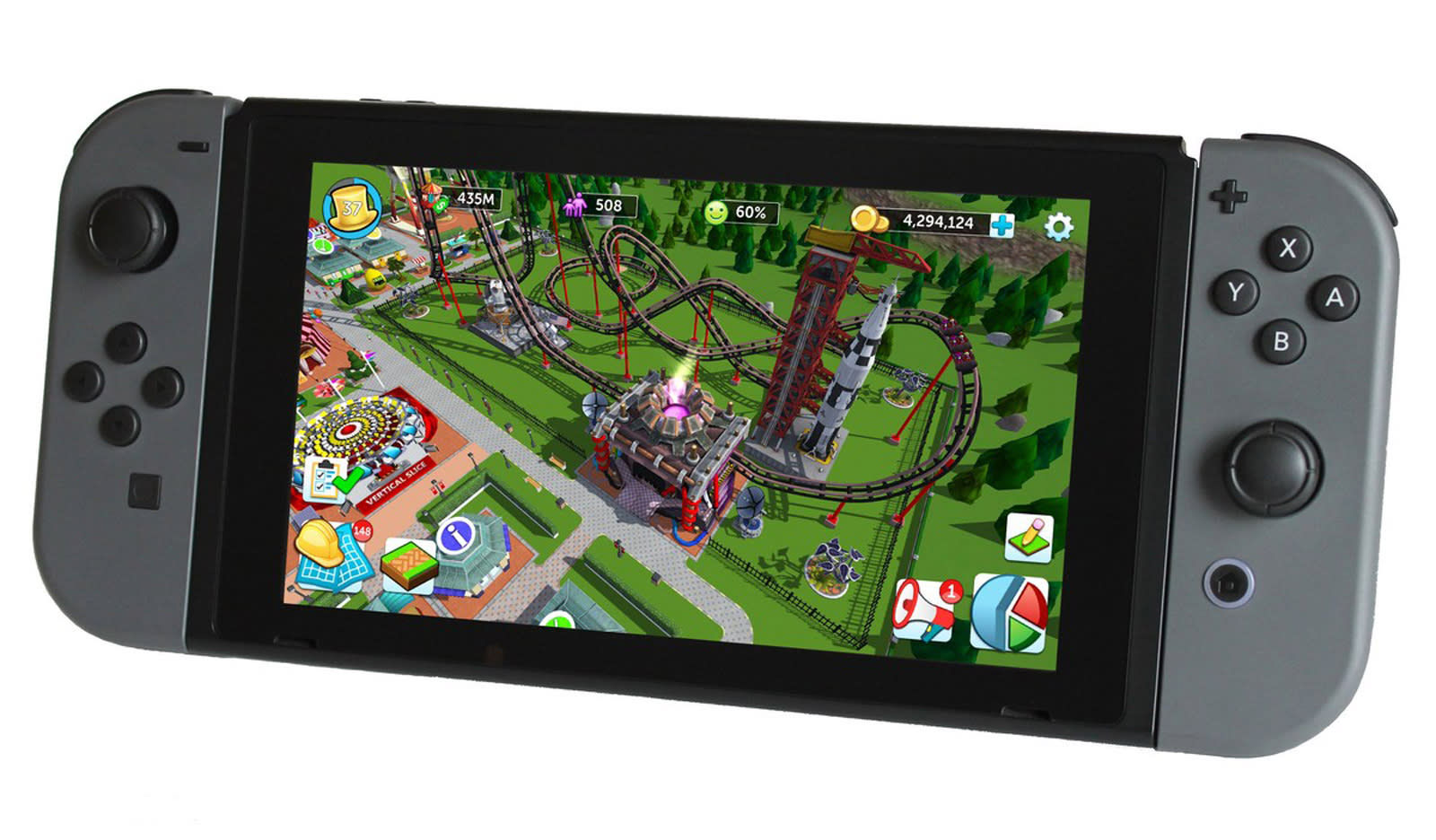 How badly do you want a version of RollerCoaster Tycoon for the Nintendo Switch? Bad enough that you'd be willing to claim a direct stake in the game's success? If so, Atari has a sales pitch for you. The company's Game Partners division (tasked with making money from classic franchises) has launched a crowd investment campaign to raise money for a Switch port of the theme park construction title. Pour at least $250 into the project and you get a pro rata (proportionate) share of 50 percent of profits until you recoup 120 percent of your investment, and then a pro rata 25 percent share of profits for the 18 months following the game's worldwide launch. Ideally, you'd actually make money from backing the game's release.

If all goes according to plan, the game would ship sometime in 2018. Atari is shooting for $2 million in overall funding.

The question is whether or not the game will fare well enough. Kotaku points out that the Switch port would come from Nvizzio Creations, the company that developed the mediocre RollerCoaster Tycoon World. The title may be based on the more successful RollerCoaster Tycoon Touch for smartphones and would likely preserve the core gameplay as a result (hopefully minus micro-transactions), but this isn't a guaranteed hit based on its pedigree.

However well it fares, the crowd-based investing continues a series of unusual money-making strategies under the Atari brand, including a retro gaming system and a speaker hat. Why not opt for conventional crowdfunding, which would rake in less per person but would be much more affordable for fans and wouldn't require sharing profits? It implies less-than-strong confidence in the success of the title, and that the company wants to be absolutely sure it won't lose money even if sales are modest. This may well be a quality port -- it's just a tough sell when it's not clear that there's a large audience.

In this article: atari, atarigamepartners, av, crowdfunding, games, gaming, investment, nvizziocreations, rollercoastertycoon, videogames
All products recommended by Engadget are selected by our editorial team, independent of our parent company. Some of our stories include affiliate links. If you buy something through one of these links, we may earn an affiliate commission.