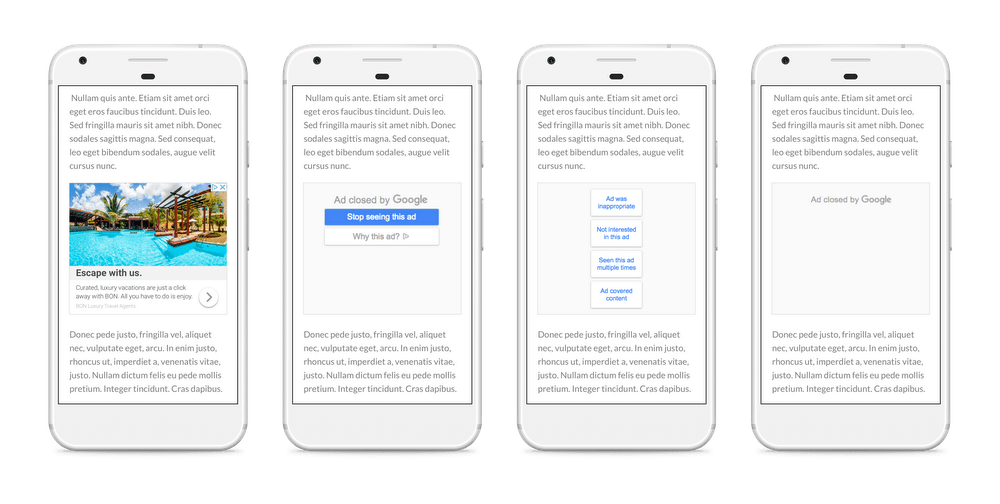 Google announced today that it's rolling out a couple of new tools aimed at making online ads a little less irritating. Its Ad Settings and Mute This Ad features are both getting updates that let users have more control over what ads they do and don't see.

You know how you search for an item online and then for weeks, that particular item follows you around the internet, popping up in ads on nearly every website you visit? Those are reminder ads and Google says advertisers usually set them to show up for about a month from when you visited their websites. But now, Google is letting you mute those ads. You just have to head over to Ad Settings when signed into your Google Account, go to the "Your reminder ads" section and hit the "X" next to any ads you don't want to see anymore. It's a temporary solution -- the muting only lasts 90 days -- but since that's substantially longer than most reminder ads stick around for, there's a pretty good chance you won't see them again.

In 2012, Google began allowing users to block certain ads they didn't like. It's now expanding that feature and it will start to become available on more apps and websites that partner with Google for advertising. And now, it will also work across devices. So if you mute an ad on your phone, it will also be muted on your laptop.

Google isn't the only company changing how users experience ads. Last year, Apple announced that High Sierra's Safari would stop advertisers from tracking users as they visit different sites, which also got around the reminder ad problem. And Google has said that this year, new versions of Chrome will automatically block annoying ads like pop-ups, autoplaying ads, countdowns and large ads. Chrome 64 is also expected to have an option for users to mute websites that have autoplay videos.

Google's new ad tools are rolling out today but keep in mind, they only work on ads delivered by Google.

In this article: advertising, apple, block, chrome, gear, google, internet, mute, safari, services
All products recommended by Engadget are selected by our editorial team, independent of our parent company. Some of our stories include affiliate links. If you buy something through one of these links, we may earn an affiliate commission.