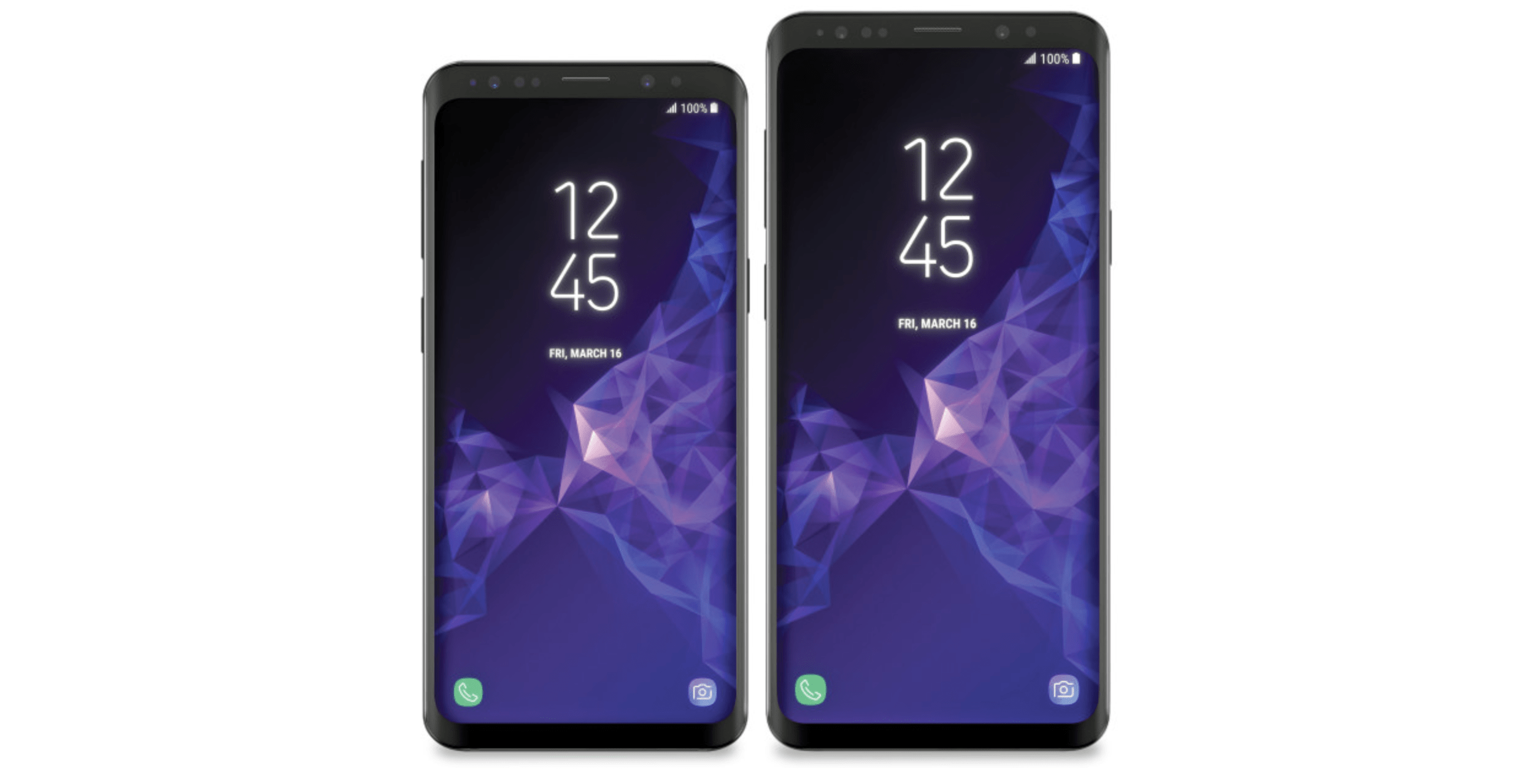 Samsung did a pretty great job with the Galaxy S8 and S8 Plus smartphones last year -- and as expected, the company isn't radically changing the design language for their successors. That's if you believe a leak published today by VentureBeat -- reliable phone leaker Evan Blass has obtained images of the front of the Galaxy S9 and S9 Plus, and at first glance they look very similar to last year's models.

Given that the Galaxy S8 was basically all display, it's not surprising that the S9 looks similar. But, there are a few small differences we can find here. Perhaps most notable are the many cameras and sensors above the S9's screen. We'd put our money on Samsung having a more advanced form of face-powered unlock and authentication than they've had thus far, to go with its "reimagined" camera in the back. It also wouldn't be surprising if these sensors and camera helped the S9 take front-facing selfies with a portrait effect, like the Pixel 2 and iPhone X can.

The bezels around the screen on both the S9 and S9 Plus strangely look much larger than those found in the S8. It's hard to tell from this single image, but Samsung made a big deal out of how the S8's screen curves over the edge of the phone, and it doesn't quite seem like the same thing is happening here. Again, this is just a single leaked image -- we'd be surprised if Samsung changed away from the curved edge screen here, but we'll need to wait for more pictures to say for sure what's happening here.

Fortunately, we won't have to wait long to find out what's new here. Samsung will show the phone off at Mobile World Congress in Barcelona, which is only a month away. In the meantime, we're guessing this is just the first of more forthcoming leaks of Samsung's next flagship phone. Hopefully we'll find out if Samsung fixed the Galaxy S8's biggest flaw -- that terrible fingerprint sensor placement.

In this article: galaxy S9Plus, galaxyS9, gear, mobile, mwc2018, samsung
All products recommended by Engadget are selected by our editorial team, independent of our parent company. Some of our stories include affiliate links. If you buy something through one of these links, we may earn an affiliate commission.