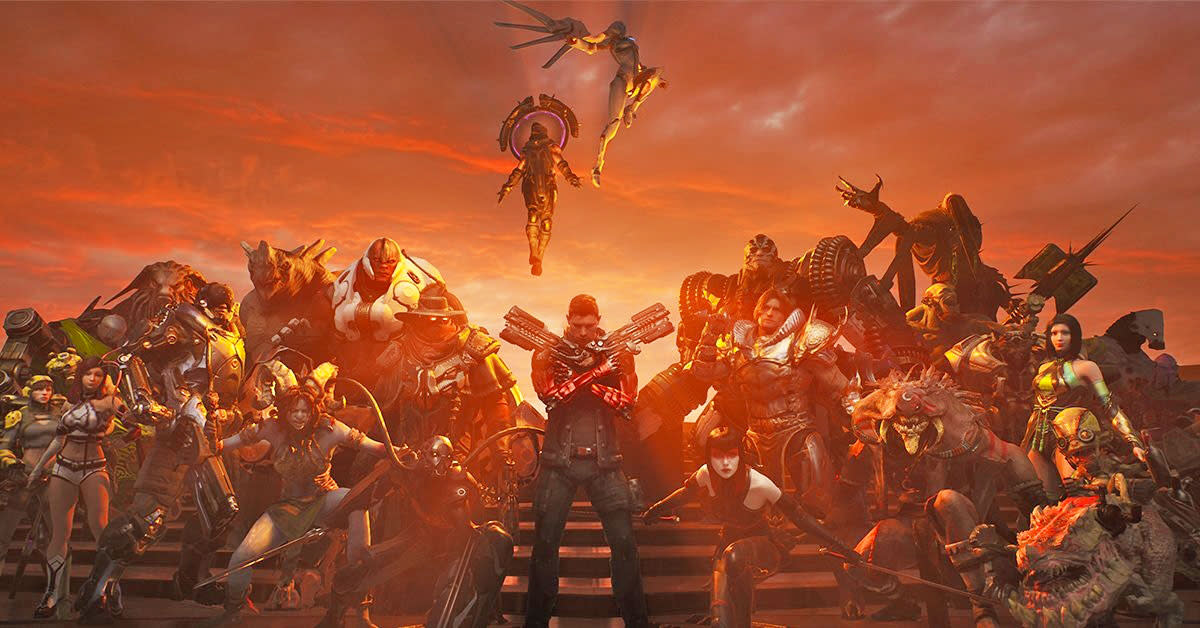 Last week, an Epic Games representative explained Paragon's uncertain future on the game's subreddit, which worried fans -- especially as it confirmed that developers had been siphoned off to assist with the massively successful Fortnite. It turns out those apocalyptic concerns were correct: Paragon is getting shut down on April 26th. To make up for it, every player, on all platforms, can apply for a refund.

Paragon will close down on April 26, 2018. For more information, click here. https://t.co/sd5L7xy33c pic.twitter.com/1JTDAmyifB

"After careful consideration, and many difficult internal debates, we feel there isn't a clear path for us to grow Paragon into a MOBA that retains enough players to be sustainable," Epic Games' statement read. "We didn't execute well enough to deliver on the promise of Paragon. We have failed you -- despite the team's incredibly hard work -- and we're sorry."

Paragon was a surer bet two years ago when the studio, known for the Gears of War and Unreal franchises, announced they were making a third-person MOBA. The game arrived in March 2016 and got a dedicated but small playerbase, which it tried to expand by going free-to-play in early 2017. Despite those efforts, the game never became a big player in the eSports circuit.

Epic launched Fortnite shortly thereafter in July 2017, long after introducing the cartoony tower defense game in 2011 -- but the studio shrewdly released a PUBG-like F2P Battle Royale mode months later that became wildly successful. Like, 45 million registered players and over 2 million on at the same time-level of successful. Sadly, Epic decided Paragon wasn't worth keeping alive compared to those numbers -- and yesterday's bet on a MOBA best-seller fell to the unexpected whirlwind success of the Battle Royale subgenre.

Players who want to apply for a refund can do so here.

In this article: av, EpicGames, fortnite, FortniteBattleRoyale, gaming, MOBA, paragon
All products recommended by Engadget are selected by our editorial team, independent of our parent company. Some of our stories include affiliate links. If you buy something through one of these links, we may earn an affiliate commission.