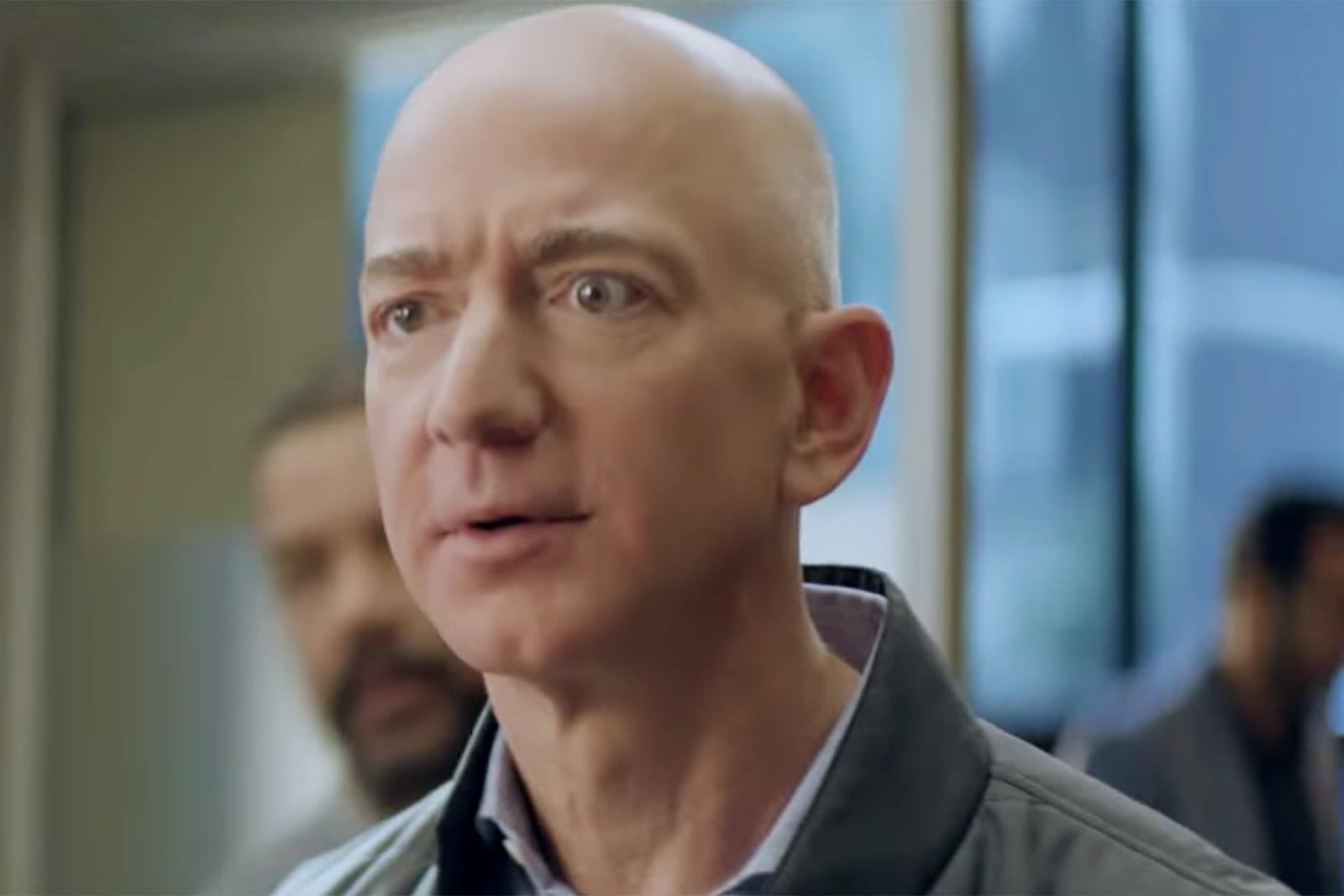 If you want a good barometer of how far Amazon Alexa has come, you just need to look at the company's teaser for its Super Bowl LII ad. Where Amazon's first-ever Super Bowl commercial was eager to sell you on the still-unproven Echo using as much star power as possible, the biggest star (so far) in the teaser is Jeff Bezos -- you know, the company's own CEO. The clip has Bezos giving the tentative go-ahead for a sketchy Alexa replacement after the AI assistant loses her voice.

Both the inclusion of Bezos and the very subject of the ad (a national panic caused by the absence of Alexa) show the kind of confidence Amazon has going into 2018. The 2016 ad reflected Alexa's young state. The Echo had only been on the market for slightly over a year, and Amazon had to explain the product to a public that had never heard of a smart speaker. Flash forward to 2018 and it's a different story -- Alexa is seemingly everywhere, including new Echo speakers, cars, and thermostats. Amazon doesn't have to introduce Alexa so much as defend it against incursions by Google and Apple.

In this article: alexa, amazon, av, echo, gear, internet, jeffbezos, smartspeaker, superbowl, superbowllii, video, voiceassistant
All products recommended by Engadget are selected by our editorial team, independent of our parent company. Some of our stories include affiliate links. If you buy something through one of these links, we may earn an affiliate commission.