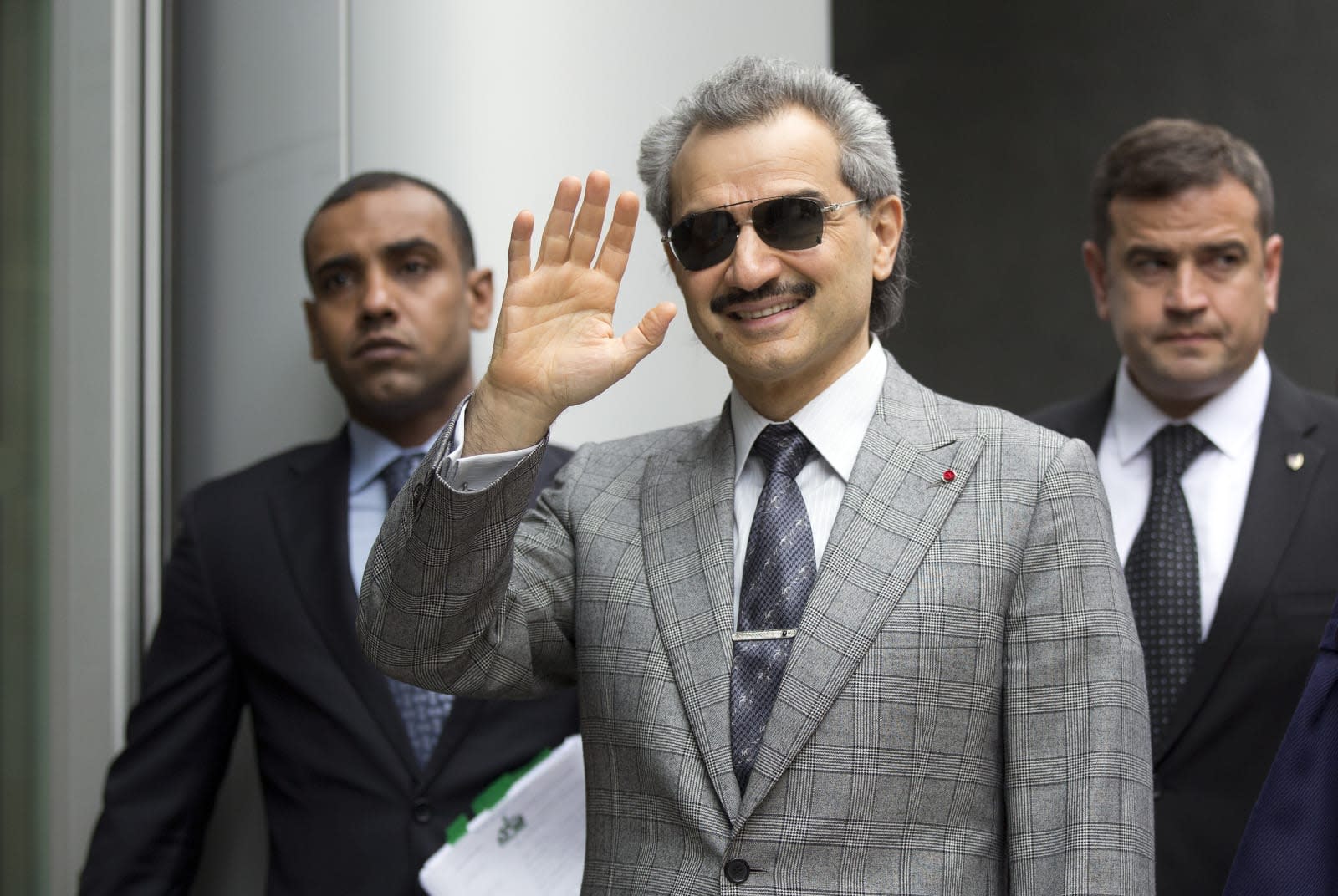 Saudi Arabia has released almost a hundred people detained on corruption allegations, and one of them is Prince Alwaleed bin Talal. The billionaire prince known as the "Arabian Warren Buffet" is one of the tech's biggest investors and known for having stakes in various tech corporations. His current and former investments include Apple, Amazon, AOL, eBay, HP, Twitter and Lyft. bin Talal was arrested in November when the government launched a massive crackdown on corruption and confined at the Ritz-Carlton in Riyadh. The other detainees were released after reaching financial settlements -- authorities expect to raise $100 billion from them -- but it's unclear if bin Talal also offered to pay.

With a net worth of around $17 billion, the prince can definitely afford to. But he told Reuters in an interview hours before he was released that he's "continuing to maintain his innocence of any corruption in talks with authorities." He said his confinement was a misunderstanding and he supports Crown Prince Mohammed bin Salman's economic reform efforts contrary to earlier reports that he was critical of them. Despite being accused of money laundering, bribery and extorting officials, he said there'll be no charges: "There are just some discussions between me and the government. I believe we are on the verge of finishing everything within days."

While the terms of the prince's release weren't revealed, he said he expects to keep full control of his investment firm Kingdom Holding Company. He also assured the investors and investees of his business empire that he won't be required to surrender his assets to the government. If that's truly the case, we can likely expect his firm to invest in more tech companies in the future.

In this article: amazon, apple, business, gear, hp, Princeal-WaleedbinTalal, saudi
All products recommended by Engadget are selected by our editorial team, independent of our parent company. Some of our stories include affiliate links. If you buy something through one of these links, we may earn an affiliate commission.