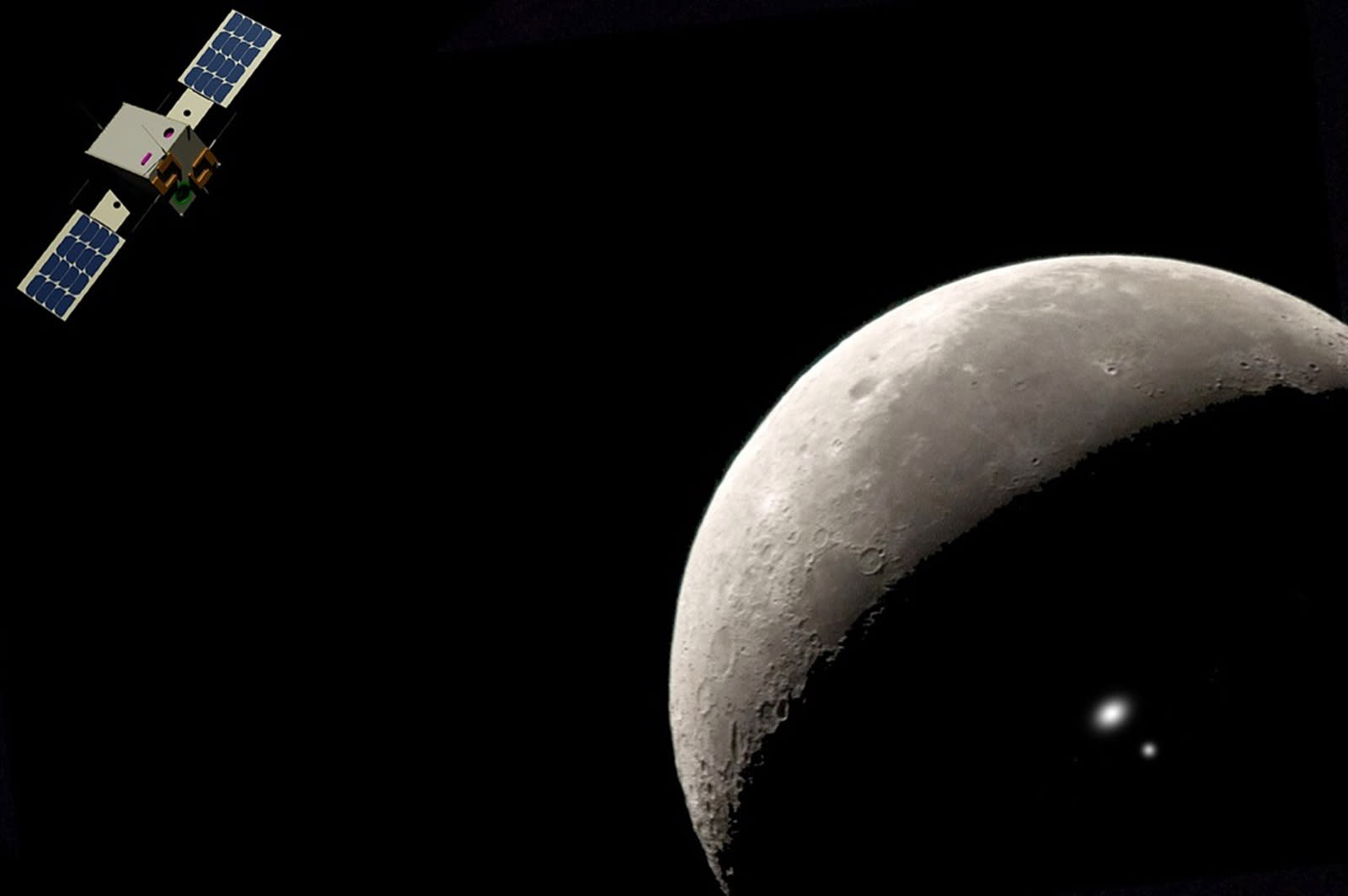 Tiny cube spacecraft aren't just useful around Earth's orbit. The European Space Agency has chosen two winners in a competition to build cubesats that will study the dark side of the Moon. The first, the Lunar Meteoroid Impact Orbiter (Lumio), would circle around the Moon's far side to map meteor bombardments by looking for bright flashes. The Lunar Volatile and Minearology Mapping Orbiter (VMMO), meanwhile, would study the permanently darkened Shackleton Crater near the lunar south pole to look for water ice and other materials that could be useful for colonists. It would keep watch for radiation, too.

Both devices are 12-unit cubesats that would be roughly as large as an "airline cabin bag." The differences mainly come down to sensors -- Lumio would use an optical camera, while VMMO would rely on a miniature laser.

The winners will work with the ESA on mission plans in February and March. Just when they'll launch and how long they'll stay active will hinge on those plans, but VMMO is expected to take 260 days to build the water map for the crater.

Provided everything works as expected, the minuscule vessels could help usher in an era of lower-cost lunar exploration. Until now, lunar probes have typically been large and costly designs that forced scientists to choose missions relatively carefully. Cubesats open the door to Moon operations that weren't realistic before, and could help fill in knowledge gaps about our closest celestial neighbor.

In this article: cubesat, esa, gear, lumio, lunarmeteoroidimpactorbiter, lunarvolatileandmineralogymappingorbiter, moon, science, space, vmmo
All products recommended by Engadget are selected by our editorial team, independent of our parent company. Some of our stories include affiliate links. If you buy something through one of these links, we may earn an affiliate commission.