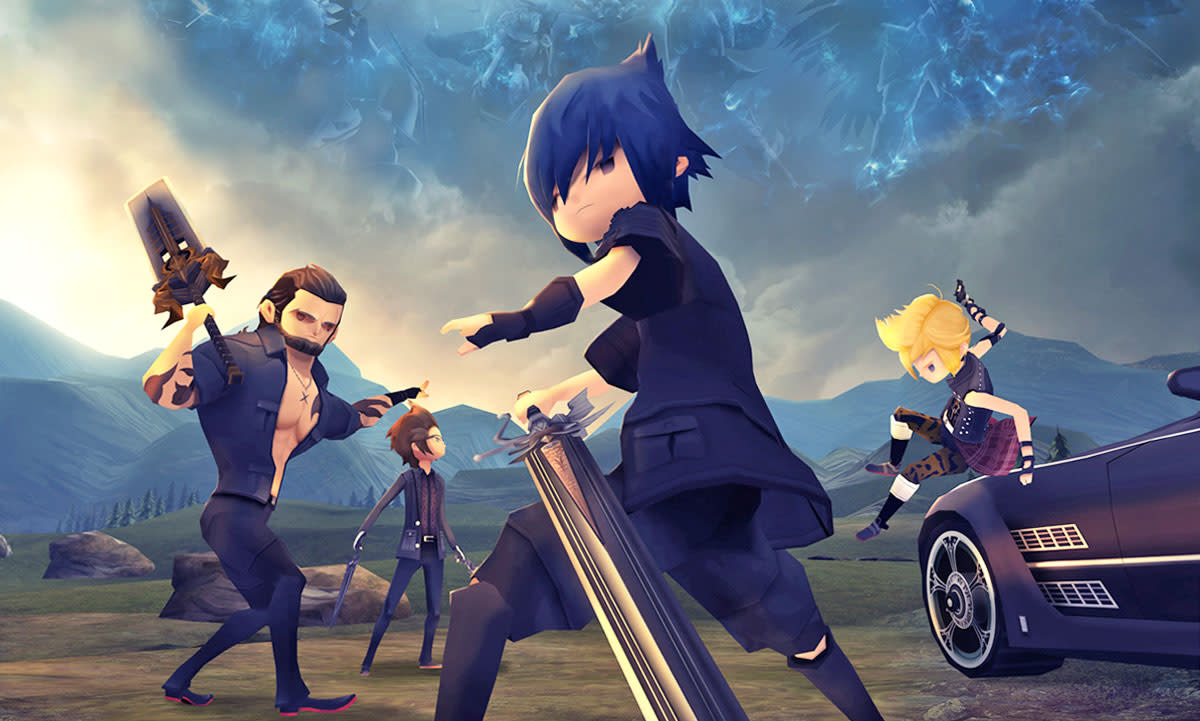 It looks like Final Fantasy XV Pocket Edition, the mobile version of the console and PC game, is just around the corner. According to an App Store listing, it will hit iOS on February 9th for players who have an iPhone 6s or later, late model iPad or iPad Pro. The game also appeared on Google Play back in August last year, and while the release date isn't mentioned there, you can pre-register to find out when it arrives.

The mobile version of the game follows console, PC and, most recently, a multi-player DLC. So far, the title has been a marketing extravaganza for Square Enix, spawning branded merchandise like a smartphone and even an Audi R8.

A fair amount of skepticism thus greeted the pocket edition version, as it seemed like another potential cash grab. However, Engadget got a look at it at last year's Gamescom and to our surprise, liked it. That's because, for the most part, the game stayed faithful to the original in terms of characters, gameplay mechanics, battles, etc. At the same time, the developers went for a simpler character design that should work well on on low-powered smartphones while being adorable at the same time.

Bear in mind that Square Enix hasn't confirmed the date, and an App Store listing doesn't mean it's set in stone. We already know other details, though. According to the Final Fantasy XV Pocket Edition portal, all 10 chapters will cost $19.99, for one thing. If you'd rather do things piecemeal, the first chapter will be free, the next two will run $0.99 each, and then (by the time you're hooked), chapters four through ten will cost $3.99.

In this article: AppleStore, FFXV, FinalFantasyXV, FinalFantasyXVPocketEdition, gaming, GooglePlay, mobile, MobileGaming, Smartphones, SquareEnix, video
All products recommended by Engadget are selected by our editorial team, independent of our parent company. Some of our stories include affiliate links. If you buy something through one of these links, we may earn an affiliate commission.