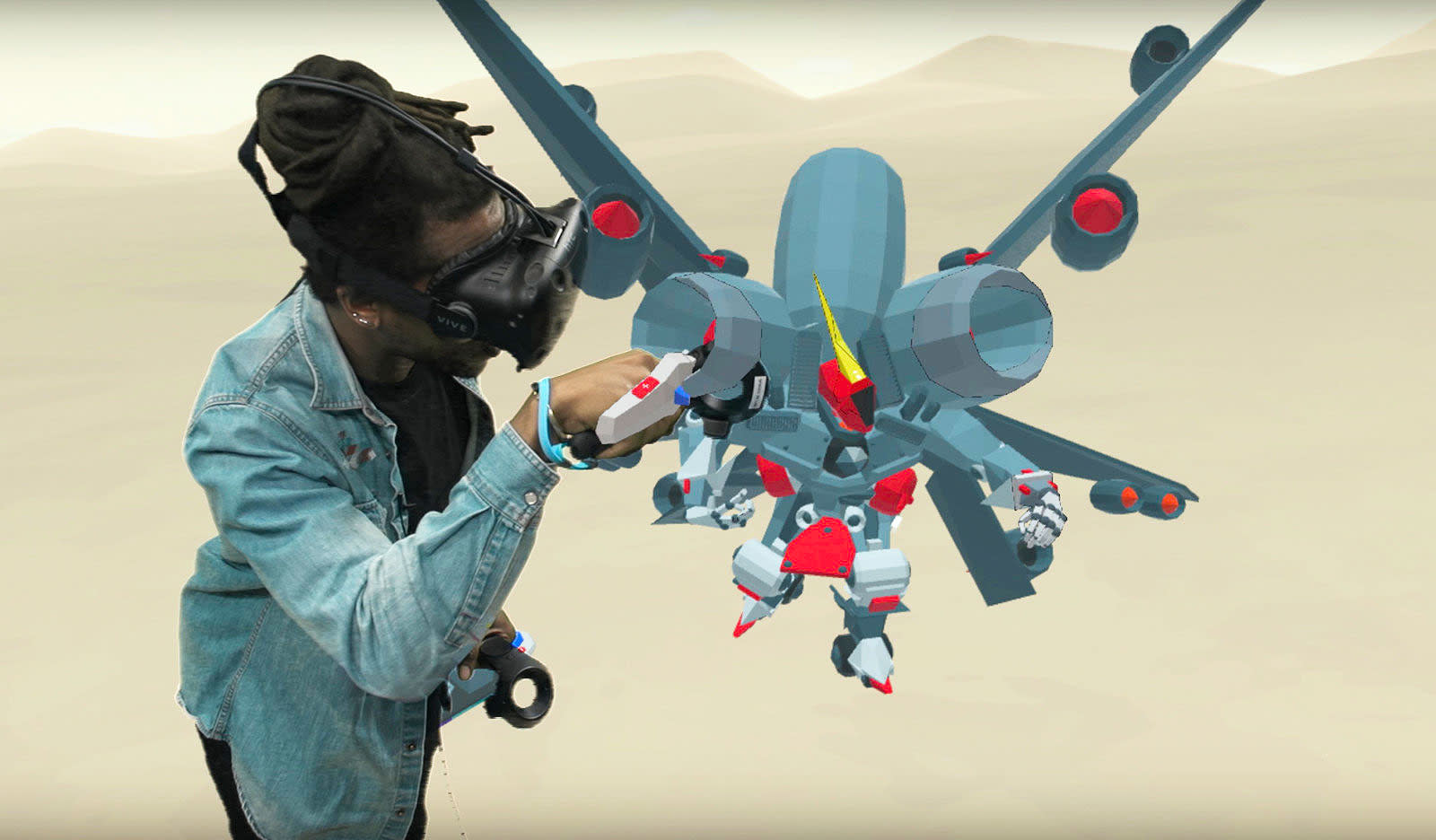 When Google launched its VR drawing app Blocks, the tech titan said it's simple enough that even those with no prior 3D modeling experience can use it. Now, the big G has rolled out new features that apparently make the app "even easier to use." To start with, you can now pick between four environments if you're tired of making 3D models with a virtual desert in the background. You can choose to go with a plain black or a plain white environment, but you can also go for the night version of the desert background if the original one is too bright for you.

Google has also refined Blocks' ability to "snap" objects together, as the "behavior was often unpredictable or difficult to control." In addition, the app now gives you access to the prototype versions of its most-asked-for features -- simply click the beaker icon at the bottom of the menu. Under the new "Labs" section, you'll find the early (probably somewhat buggy) versions of tools that will allow you to delete a single edge, face or vertex and to enable grids across the environment so you can measure every piece you create. One of the tools activates rulers when you insert a new object, showing you its precise size, and there's also one that allows you to undo actions on multiple objects.

In its announcement, Google linked to three creations -- a retro roller blade, a Google VR 360 camera and even a 3D old-timey photo -- showing what the app can do in capable hands. While these new features won't magically enable you to create something similar if all you're able to make are simple VR objects, they're now available for download from Steam and the Oculus Store.

In this article: 3ddrawingapp, app, art, blocks, entertainment, gear, google, googleblocks, oculus, steam, virtualreality, vr, vrapp
All products recommended by Engadget are selected by our editorial team, independent of our parent company. Some of our stories include affiliate links. If you buy something through one of these links, we may earn an affiliate commission.