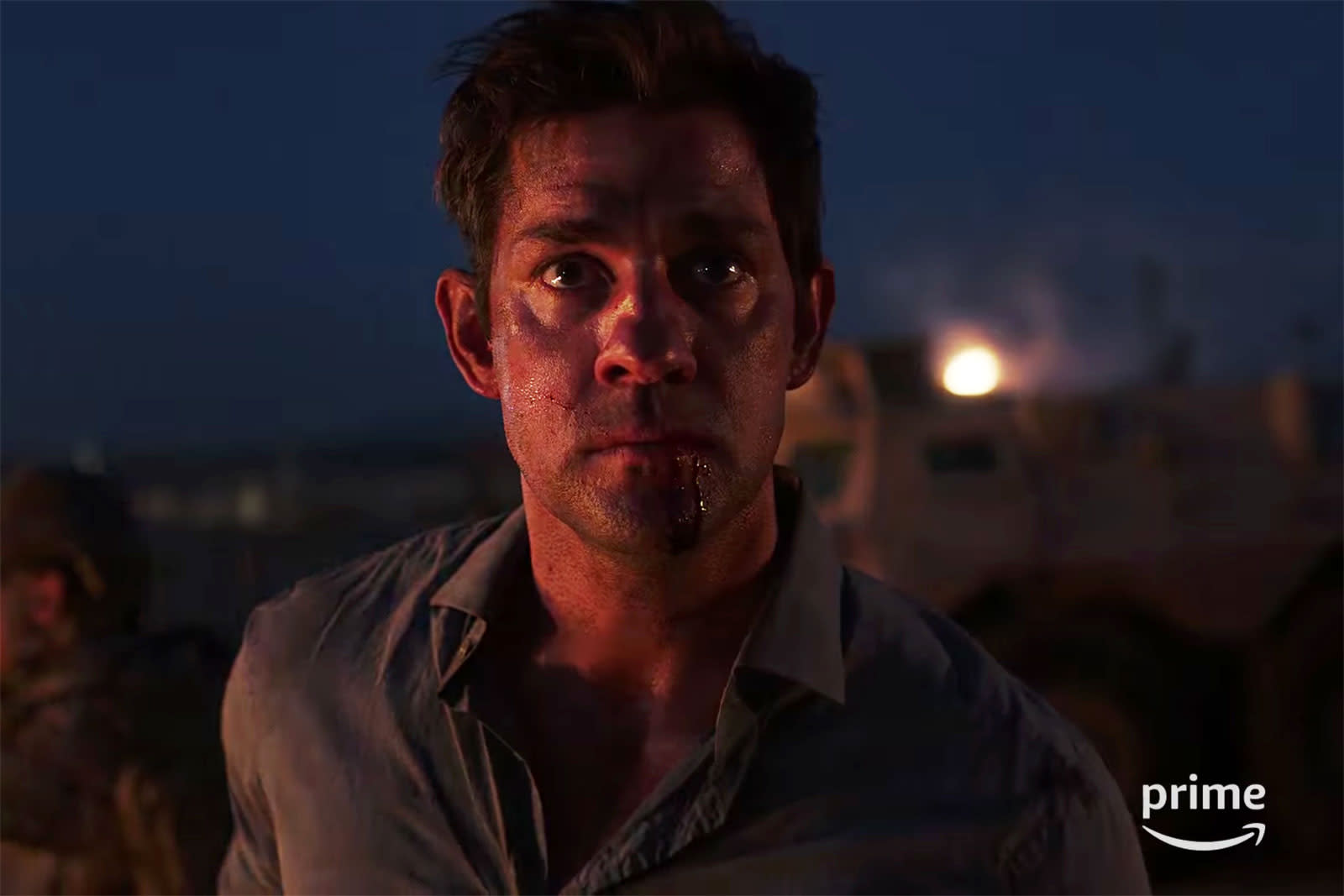 Want to see how well Tom Clancy's fictional world of spies, soldiers and terrorists translates to streaming services? You now have a date to mark on your calendar, although it'll be a while. Amazon has announced that Tom Clancy's Jack Ryan will premiere on August 31st, and it's already offering its Super Bowl trailer to show what the fuss is about. As mentioned back in 2016, the series depicts an untested Jack Ryan (played by The Office's John Krasinski) as he takes his first CIA field assignment and discovers a "new breed" of global terrorism -- it wouldn't be a Tom Clancy story if it were just a routine op, would it?

The trailer definitely gives a feel for what to expect. This is classic spy thriller fare with gunplay, explosions and sex galore -- not that you'd expect a nuanced, tender drama given the subject matter. It does look promising, though, and the involvement of Lost's Carlton Cuse (as executive producer) and Imitation Game's Morten Tyldum (as director) gives it a good pedigree.

And did we mention that this is Amazon's first-ever Super Bowl ad for a Prime Video show? It not only suggests that Amazon has a lot of confidence in Jack Ryan, but shows how far the company's video ambitions have come since Instant Video hit the scene in 2011. Where it used to be a warehouse for old movies and TV shows, it's now amassing originals that can justify the level of promotion you'd expect for a Hollywood blockbuster.

In this article: amazon, entertainment, internet, jackryan, primevideo, services, streaming, television, tomclancy, tomclancysjackryan, tv, video
All products recommended by Engadget are selected by our editorial team, independent of our parent company. Some of our stories include affiliate links. If you buy something through one of these links, we may earn an affiliate commission.