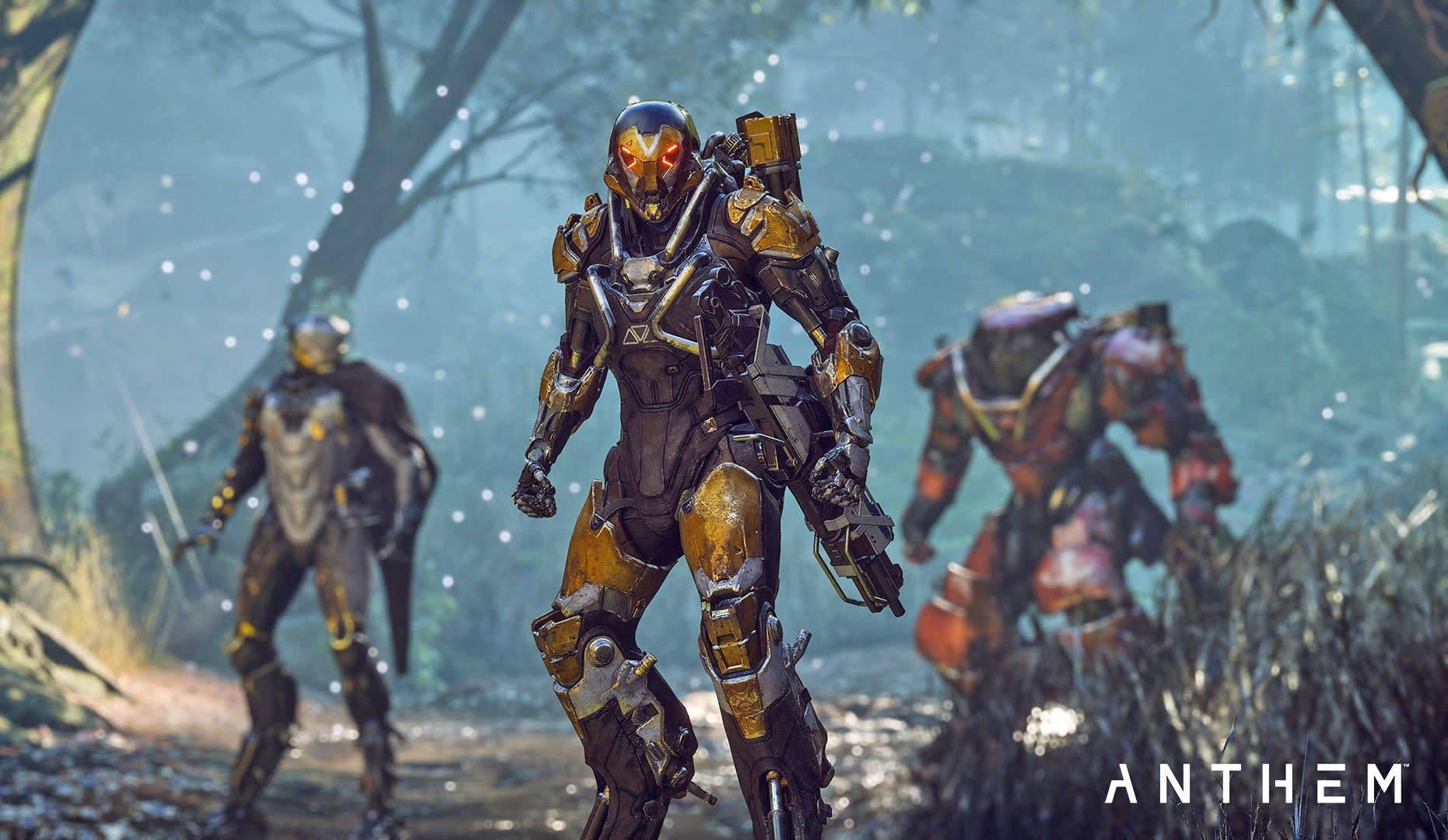 During last year's E3, BioWare unveiled its next colossal project: Anthem, a sci-fi shooter that looked to rival Activision's Destiny 2. But a week ago, sources told Kotaku that the game, originally slated to arrive in 2018, would be pushed back a year due after its development fell behind schedule. Electronic Arts denied that reason but confirmed that, yes, Anthem won't come out until early 2019.

'It's not a delay,' EA CFO Blake Jorgensen told the Wall Street Journal. Instead, it's a strategic move to launch the game in a quarter with less competition. Instead, EA will release a new Battlefield game in October 2018. Opening today's earnings call, CEO Andrew Wilson said (PDF) "Excitement for Anthem is building, and we're deeply invested in delivering a great new experience with this game when it launches in Q4 FY19."

As Polygon points out, Wilson didn't offer any other information about the upcoming Battlefield, not even its title, though he did confirm that DICE will once again helm the next game in the franchise.

During the call, the company did make another admission: It made a loss of $186 million in Q3 compared to a $1 million loss in Q3 last year. The big release this time around was Star Wars: Battlefront II, which suffered intense fan backlash for its miserly loot box rewards and grinding progression; During the call, the only thing EA had to say about the game was that almost 70 percent of players tried the single-player campaign. Hmm.

The company stated that digital revenue now accounted for 67 percent of EA's entire earnings. Also, the console FIFA community grew to 42 million players by the end of 2017, while its mobile F2P version added 23 million in Q3 alone. For the fiscal year ending on March 31st, EA's projected earnings amount to $5.1 billion in revenue and $1 billion in net profit.

Lastly, during the call, EA did not comment on any of the acquisition rumors that were swirling around in the last few days that, despite being silly, bumped up the company's stock.

In this article: Anthem, av, battlefield, business, ea, earnings, gaming
All products recommended by Engadget are selected by our editorial team, independent of our parent company. Some of our stories include affiliate links. If you buy something through one of these links, we may earn an affiliate commission.