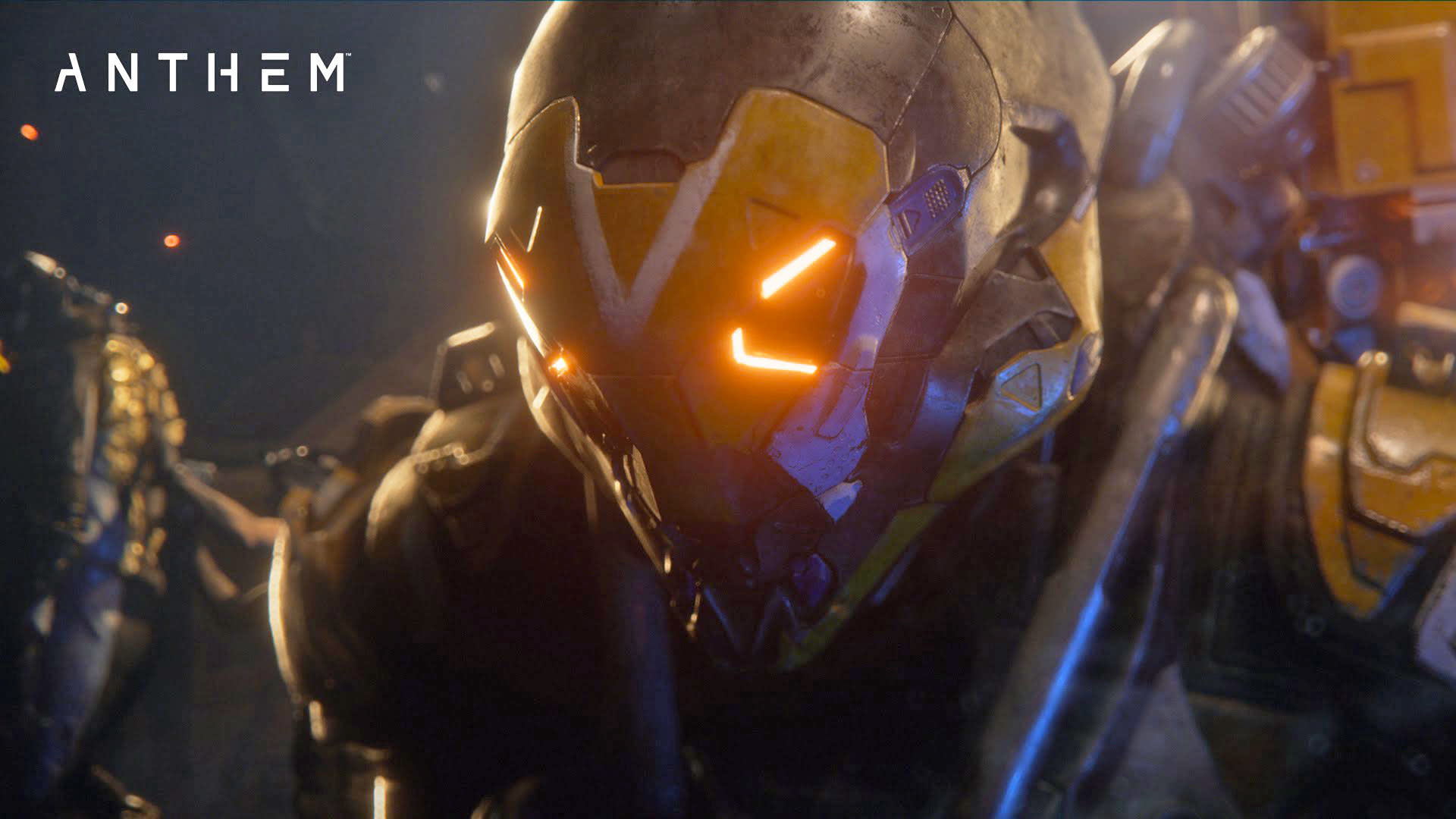 Ready for another look at Anthem? The upcoming BioWare title was formally announced at EA's press conference yesterday with a short CG trailer. But beyond the setting, a futuristic planet filled with mountains and tropical forests, and the heroes, some armor-clad space soldiers, there was little to glean from the video. Today, at Microsoft's E3 press conference, we were shown a whole lot more. The first gameplay reveal has the player venturing into the wilderness in search of some workers who have landed themselves in a bit of trouble. It's a breathtaking tour of the game's expansive world, highlighting exploration and cooperative combat.

The mission starts with the hero strolling through a street market, safe in the confines of a human fortress. A character called Praxley then approaches and asks for assistance finding some of his contractors. The player accepts and jumps inside an exosuit, which BioWare is calling Javelins, and heads outside the wall in the hope of retrieving them safely. Anthem's world is a dangerous place, and soon the player is gliding past monsters and shooting aliens who are also equipped with blasters. The hero is fast -- almost Vanquish-level fast -- and can leap into the sky with superhuman ease. The demo then ends with the player navigating an electrical "Shaper Storm" and leaping into a mysterious-looking portal.

Anthem is a hugely important game both for EA and BioWare. Like Ubisoft and The Division, it's chasing the "live service" market pioneered by Bungie and its shared-world shooter Destiny. For EA, it's a chance to establish a new franchise and, of course, make some serious cash in the process. For BioWare, it's a crucial proving ground and an opportunity to restore its faltering reputation after the disappointment of Mass Effect: Andromeda. There's reason to be hopeful: The game is being developed by BioWare Edmonton, the team that made the original Mass Effect trilogy, rather than BioWare Montreal, which was put together specifically for Andromeda.

In this article: anthem, applenews, art, bioware, biowareedmonton, e32017, ea, electronicarts, gaming, microsoft
All products recommended by Engadget are selected by our editorial team, independent of our parent company. Some of our stories include affiliate links. If you buy something through one of these links, we may earn an affiliate commission.