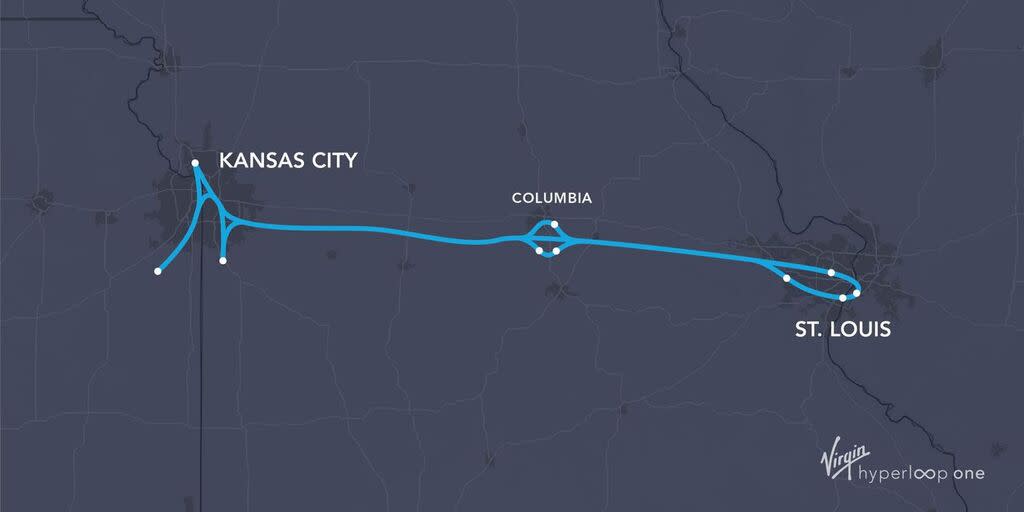 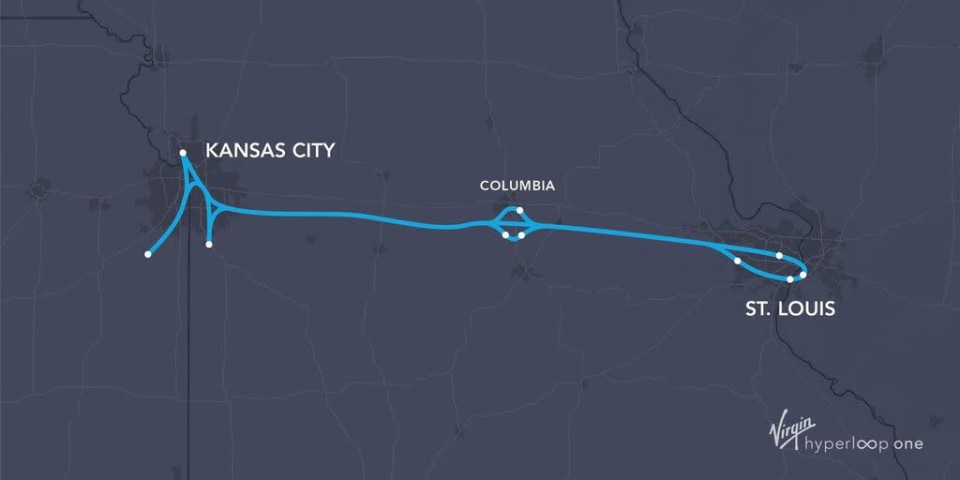 The state of Missouri has signed a deal with Virgin Hyperloop One to investigate if it's worth building a high-speed link between three of its biggest cities. A team of interested parties will examine the feasibility of constructing a route between Kansas City, Columbia and St Louis, parallel to I-70. That will include looking at the engineering challenges, as well as the potential economic benefits of such a route.

The donkey work will be carried out by Hyperloop One, alongside infrastructure engineering firm Black and Veatch, as well as the University of Missouri. It's thought that the route would connect five million people, and bring the journey time between the three cities down to under half an hour. Right now, it would take you just under four hours, give or take traffic, to take I-70 from Kansas at St. Louis.

Such a route would seem to be a relatively easy one to navigate, since the highway has already cut a fairly easy path between the cities. The terrain isn't flat, but there are no major engineering challenges -- like a mountain or large body of water -- to overcome. Not to mention that there has been a desire to increase Missouri's road capacity for more than a decade, at a 2006 cost of around $3.5 billion.

If Hyperloop One can demonstrate that its route can be built at a reasonable cost, it may have enough to encourage legislators to open the purse strings.

In this article: Columbia, gear, Hyperloop, HyperloopOne, KansasCity, Missouri, StLouis, transportation, VirginHyperloopOne
All products recommended by Engadget are selected by our editorial team, independent of our parent company. Some of our stories include affiliate links. If you buy something through one of these links, we may earn an affiliate commission.