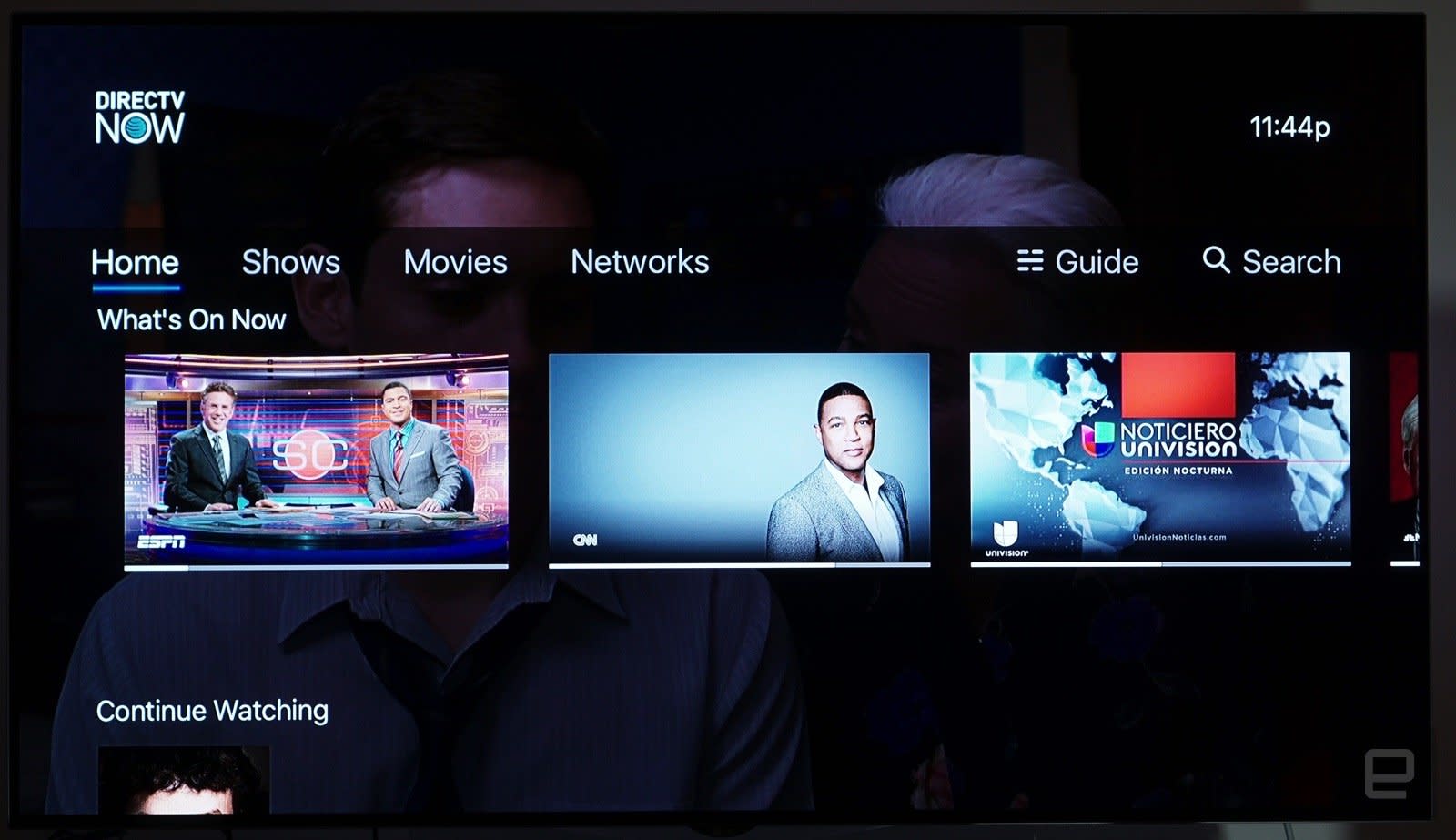 You now have a better idea of when AT&T's next-gen TV platform will roll out to streamers on a larger scale. Alongside the telecom's latest earnings, CEO Randall Stephenson has confirmed that the "next-gen" DirecTV Now will launch in spring 2018. The revamp will bring a cloud-based DVR, "3rd-stream" and interface upgrades, Stephenson said. Beta testers have had access since late 2017, but this would mark the formal launch.

The introduction could arrive at a critical time. AT&T added a net 161,000 American video subscribers in the fourth quarter of the year, but that's only because DirecTV Now racked up 368,000 new subscribers to reach nearly 1.2 million. Do some back-of-the-napkin math and that means AT&T would have lost 207,000 US customers if Now's numbers had been perfectly flat. The network doesn't just benefit from internet-only viewers, it needs them.

We'd add that this still puts it ahead of at least some of its rivals. Sling TV is believed to be ahead with more than 2 million subscribers, but Hulu and YouTube TV have 'just' a few hundred thousand viewers each. The telecom still has an edge in the streaming TV wars -- it's just a question of whether or not it can keep that lead.

In this article: att, av, gear, internet, services
All products recommended by Engadget are selected by our editorial team, independent of our parent company. Some of our stories include affiliate links. If you buy something through one of these links, we may earn an affiliate commission.