We spend less time on Facebook, but it still makes loads of money

The company raked in a record $12.97 billion in total revenue last quarter.

The past few weeks haven't been easy for Facebook. After announcing an overhaul to its News Feed earlier this month, one that places emphasis on people's interactions over content from brands, the company has been taking heat for its new approach. Not only because Facebook is leaving publishers who relied on its platform behind, but it also isn't offering the best solution to fix its fake news problem. A blunt two-question "trusted" news survey simply won't cut it. CEO and founder Mark Zuckerberg said that, with these changes, he expects users' time on the site to go down, but he believes keeping people happy will be better for Facebook's bottom line in the long run.

And well, today during its Q4 2017 earnings report, Facebook revealed that even though users are indeed spending less time on its site, it is making more money than ever. The company raked in a record revenue total of $12.97 billion last quarter, a 47 percent year-over-year increase. It's also a notable jump compared to the $10.3 billion from Q3 2017. In a statement about the latest results, Zuckerberg said "2017 was a strong year for Facebook, but it was also a hard one." He added that, in 2018, the focus won't just be to ensure Facebook is fun to use, but also "good for people's well-being and for society."

Zuckerberg said Facebook is already doing that by "encouraging meaningful connections between people rather than passive consumption of content," referring to the recent News Feed tweaks. "Already last quarter, we made changes to show fewer viral videos to make sure people's time is well spent," he said. "In total, we made changes that reduced time spent on Facebook by roughly 50 million hours every day." That's a huge chunk of user engagement down the drain, which will likely be a cause for concern for investors. 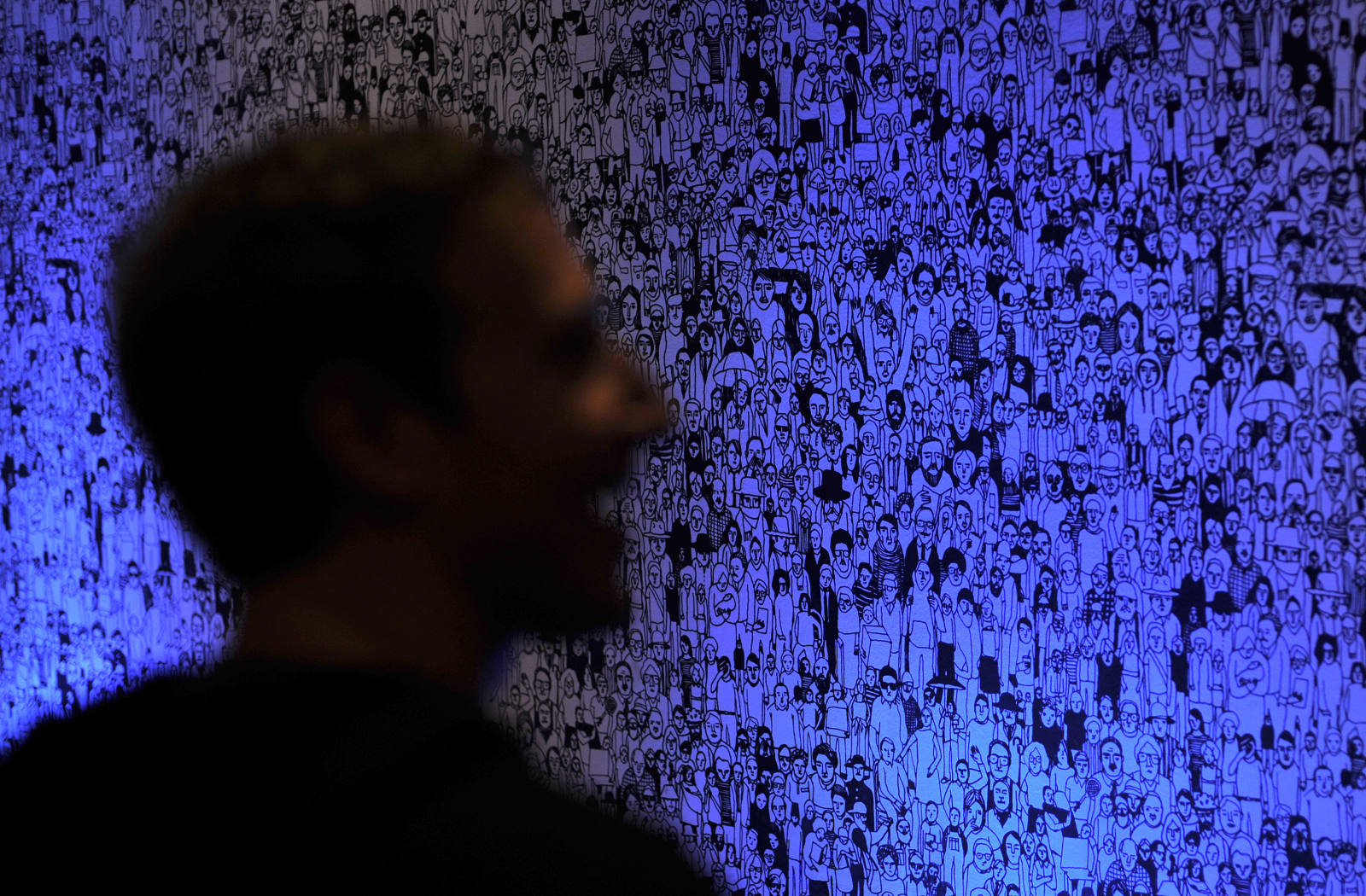 Still, Zuckerberg doesn't seem to be too worried about the drop in consumption, noting that by "focusing on meaningful connections, our community and business will be stronger over the long term." That's something he keeps emphasizing as Facebook seems to be dealing with an identity crisis, which may have come as a result of the Russian debacle from 2016 and 2017.

Last year Facebook pledged to sacrifice profit for better security, as a result of growing concerns of how Russian-sponsored trolls and bots used its platform to interfere in US politics. Zuckerberg said back then that, even though Facebook's community was continuing to grow (with more than 2 billion users), none of that matters if it couldn't protect them. "We're serious about preventing abuse on our platforms," he said. "We're investing so much in security that it will impact our profitability. Protecting our community is more important than maximizing our profits."

During today's earnings report call, Zuckerberg said that Facebook now has 14,000 employees manually monitoring the site for any potential dubious content, including fake news. That's more than the double the amount of people the company had the previous year. At the same time, he said, Facebook is also focused on developing new technologies, such as artificial intelligence, to help track down things like suicide posts and remove content from terrorist organizations including ISIS and Al-Qaeda.

At the end of the day, Zuckerberg said, the goal is to make Facebook a safe and interactive place, and that's something he hopes to accomplish in 2018. Not just by changing features such as the News Feed, but also by developing future products and interfaces based on that idea.