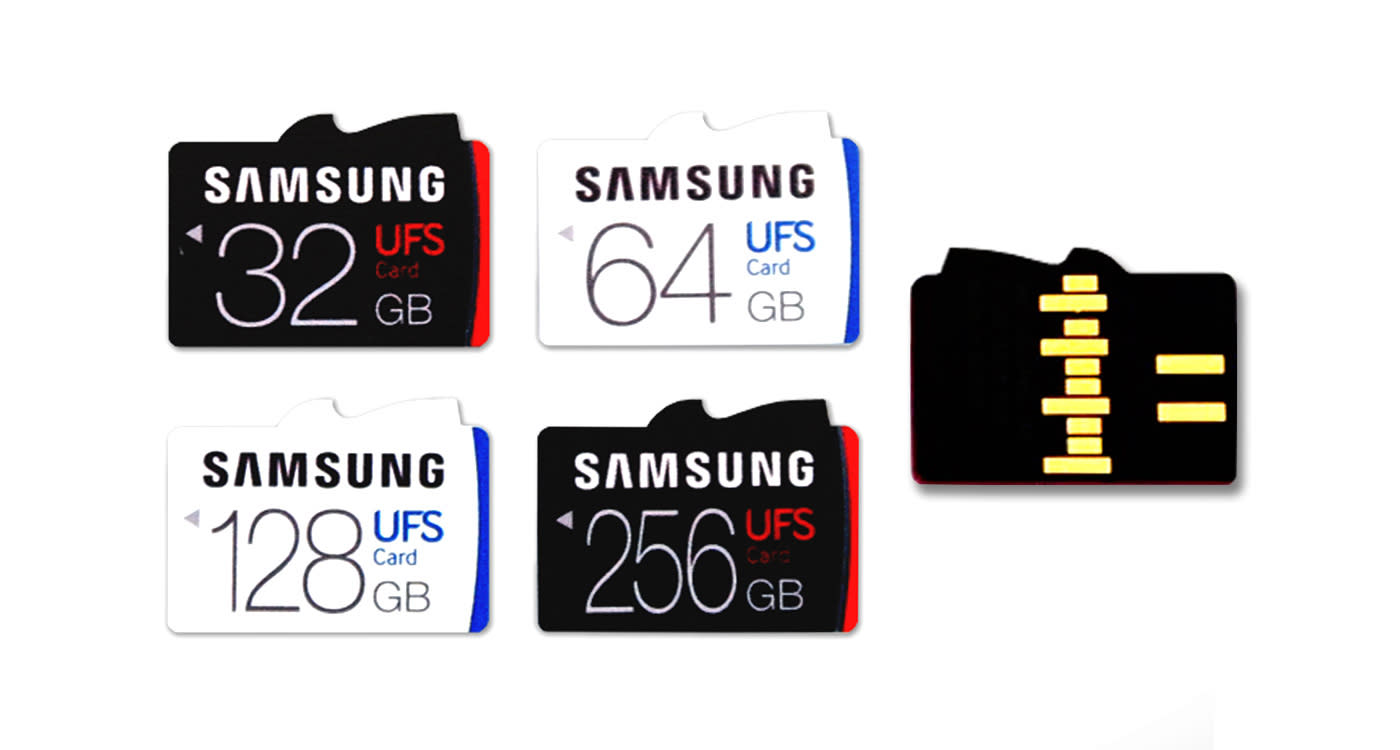 Smartphones already have storage speeds that rival PCs and they're going to take another big leap soon. Standards group JEDEC has unveiled UFS 3.0, a new flash storage standard for mobile devices, Chromebooks, VR headsets and automotive devices that doubles the bandwidth of UFS 2.1 to a stellar 2.9 GB/s. That's only a theoretical maximum that real-world devices won't likely reach, however, and requires that the host device has the hardware to support it.

UFS 3.0 also lowers flash power consumption and increases reliability in a wide ranger of temperature conditions, a bonus for vehicle applications. It does all this thanks to lower voltage requirements that support the latest types of NAND, a refresh function that increases reliability, and double the speeds per lane (from 5.8 to 11.6 Gbps with a maximum of two lanes).

Such speeds might seem crazily unnecessarily, but they would let you do things like capture 4K at 60 fps or even 8K without stressing your phone. And as Samsung, for one, has promised new 512GB storage modules for its next-gen phones, you're going to want to transfer all that data as fast as possible.

Just because there's a new standard doesn't mean your next phone will have it, for course -- UFS 3.0 might take a while for companies to implement. Samsung devices might be among the first to see chips and controllers using it, as Samsung is far and away the biggest NAND manufacturer in the world.

In this article: flash, gear, JEDEC, mobile, Samsung, smartphones, storage, UFS3.0
All products recommended by Engadget are selected by our editorial team, independent of our parent company. Some of our stories include affiliate links. If you buy something through one of these links, we may earn an affiliate commission.