While new companies like Zero and Gogoro are establishing themselves as first-rate two-wheeled vehicle builders, the Hondas and Yamahas of the world have taken a more cautious approach to the market. BMW, on the other hand, launched its own electric scooter way back in 2014. Sadly it was only available in Europe -- until now. It's finally in the US, and I took it for a spin in America's parking lot (i.e., Los Angeles).

The $13,750 BMW C evolution isn't what the average American thinks of when the word "scooter" is mentioned. Instead of a tiny 50cc bike, the electric maxi-scooter is a 606-pound beast that should comfortably seat two (I didn't have any friends willing to ride with me) and at first glance could be mistaken for a motorcycle. But don't let the large footprint fool you: It's a quick commuting machine that's as comfortable on the freeway as it is on surface streets.

If you're a regular scooter rider or even someone who rides a typical motorcycle (aka not a huge Harley or Gold Wing), it takes a few miles to get used to the weight of the bike. It can be intimidating, but after you get into the groove, the electric scooter offers a smooth ride. That's probably because it's tough to bounce around that much mass. Whatever the reason, combined with the bike's snappy, fluid acceleration and electric-motor whir, navigating Los Angeles on the C evolution felt civil.

It helped that the bike has a 99-mile range rating, which, during my tests, were nearly dead-on -- as long as I didn't spend too much time on the freeway. Not bad, considering I regularly switched from the bike's energy-efficient Eco Pro mode to the high-powered Dynamic mode, which gives you all the power and regenerative braking. 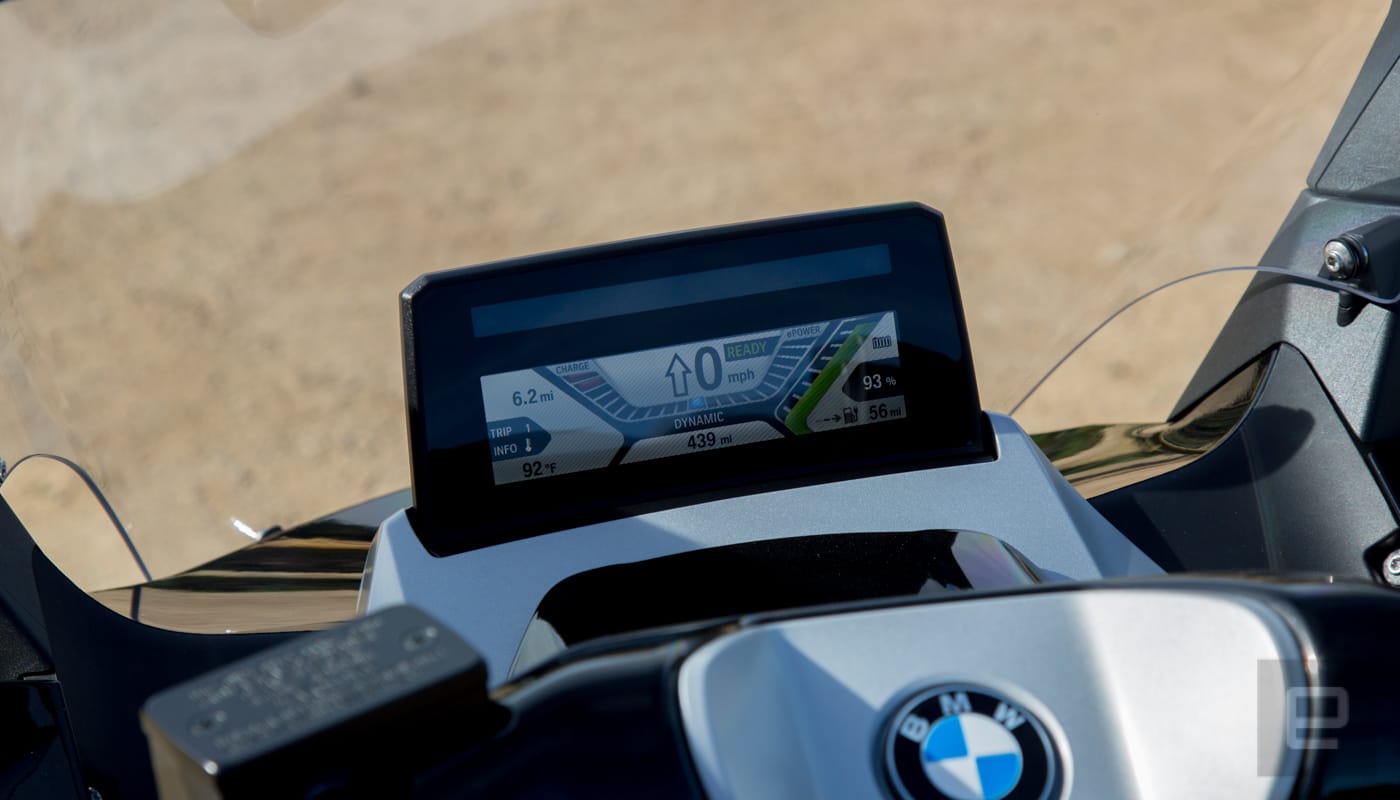 Typically I use the energy-efficient mode on a car or bike for testing, then forego it after a few hours in the name of speed. On the C evolution, the Eco Pro mode was more than adequate to handle nearly all riding situations. I only switched to Dynamic mode to power up a hill on Interstate 405 and blast away from traffic lights (thanks to a 48-horsepower motor that pushes 53 pounds of torque).

Regardless of how you ride, there is the usual electric-vehicle caveat that if you spend any time at high speeds on the freeway, you're going to burn through your charge. During an 11-mile jaunt on the highway at a steady 65MPH, I drained 20 percent of the battery. That's something to consider if you're interested in any EV for a daily commute that involves a lot of time on the freeway. 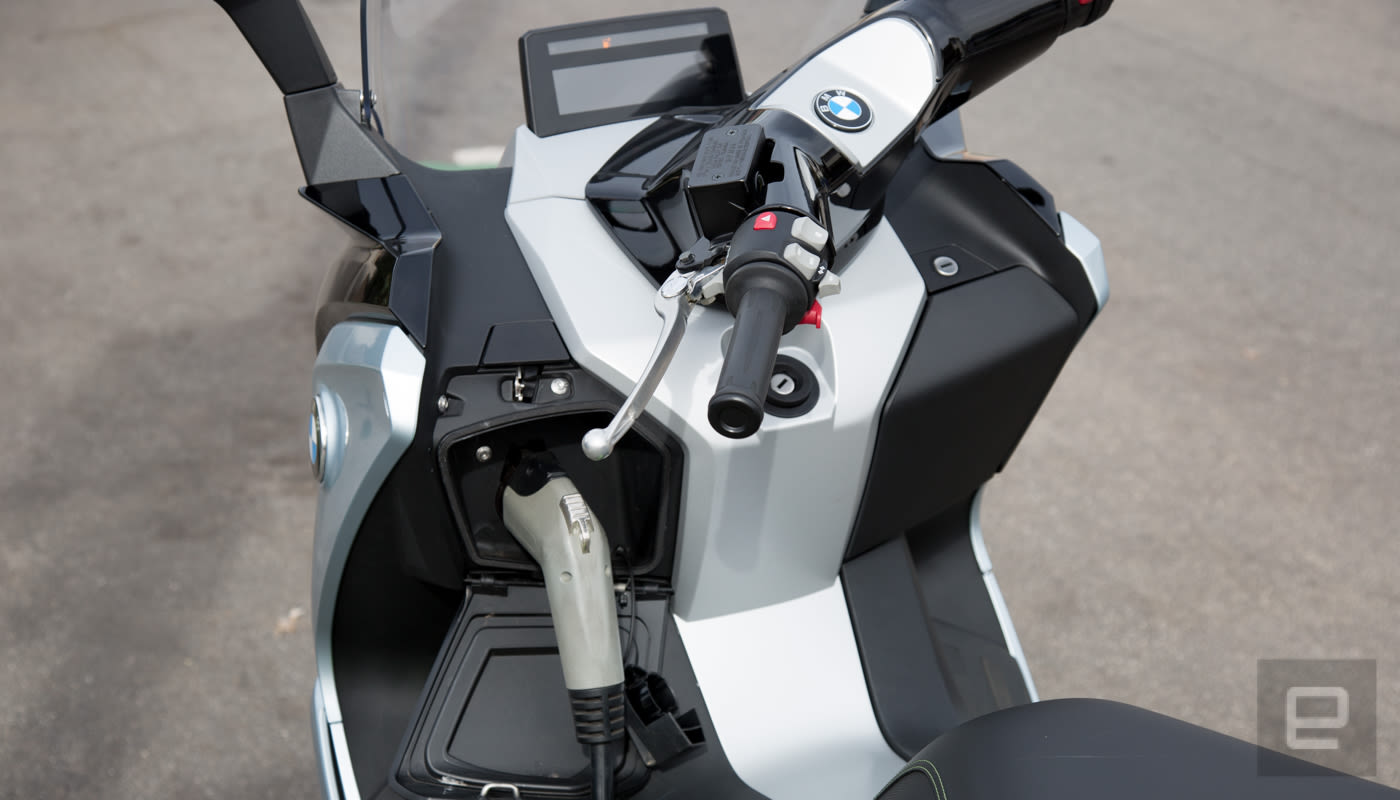 Recharging the bike after flying down the highway via the level 2 port took about 4 to 4.5 hours. It can also be charged with the 110-volt outlet you have at home, but expect it to take about twice as long. In a city like Los Angeles where malls, Whole Foods Markets and other businesses have chargers in their parking lot, pushing past the century mark during a single day wasn't a problem -- that is, if you're cool shopping or eating while you charge. That might not be so healthy for the bank account.

That's the rub with electric motorcycles and scooters. Unlike their four-wheeled counterparts, it's tough to see a financial incentive. The gas-powered BMW counterparts to the C evolution both get 51 miles per gallon, so the monthly outlay of cash isn't that high to begin with. There are the maintenance cost savings, but with a price tag that's about $3,000 more than comparable with BMW gas-powered scooters, it's tough to see the financial upside of the C evolution.

That said, as I rode through LA and saw a constant brown haze on the horizon, both over land and water, it was a reminder that petrol-powered vehicles contribute to that smog. In the grand scheme of things, it's important to see the C evolution and other EVs as vehicles that will reduce that brown sky. Sure, on a spreadsheet buying one doesn't add up, but when you take into account the impact vehicles have on our air, if you can afford to go EV and it fits into your lifestyle, it's almost a no-brainer. 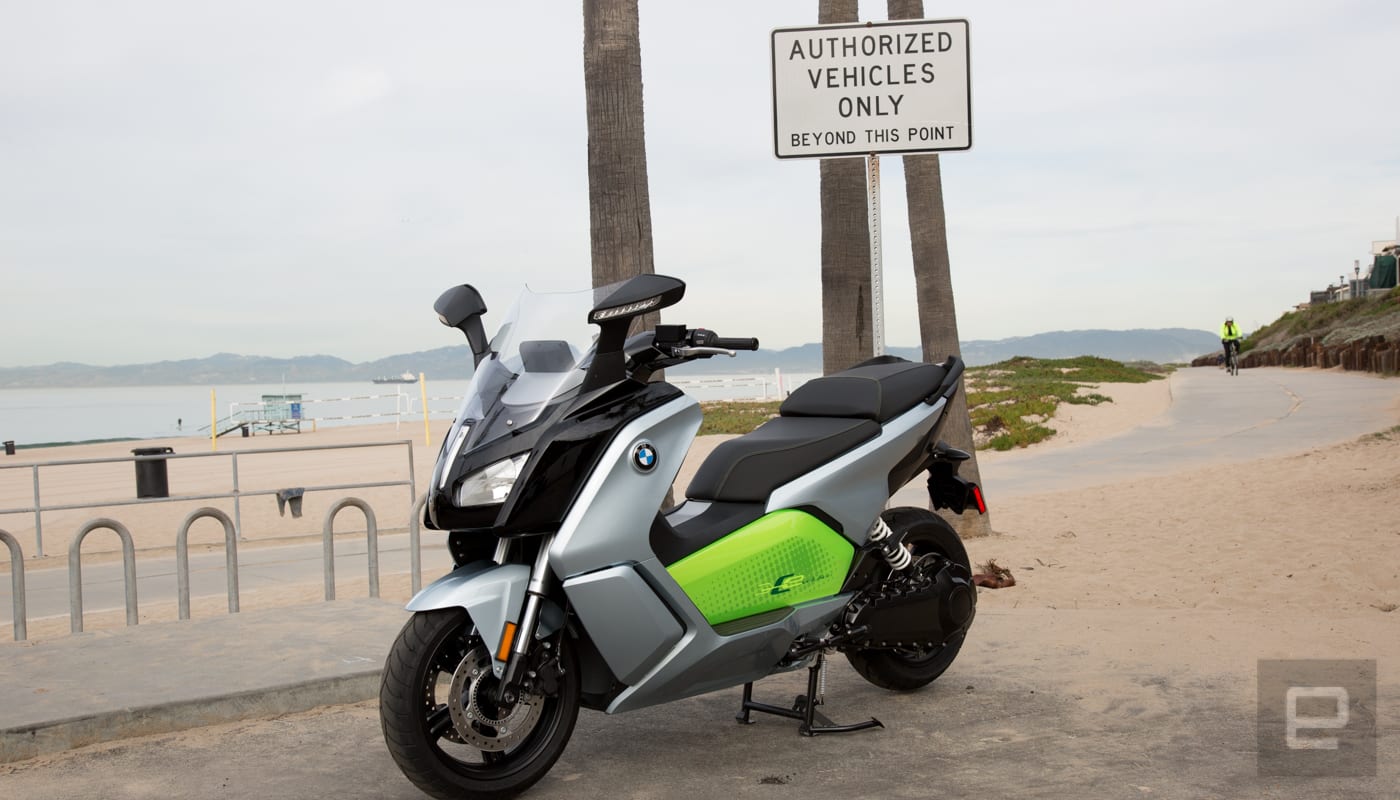 It also helps that the C evolution is a blast to ride, thanks to electric motor torque. Plus, the BMW electric scooter that's purchased today might encourage the automaker to put electric motorcycles on the market tomorrow. Scooters make sense as EVs, but an electric motorcycle -- especially one for BMW -- well, those would be just too much fun to pass up.