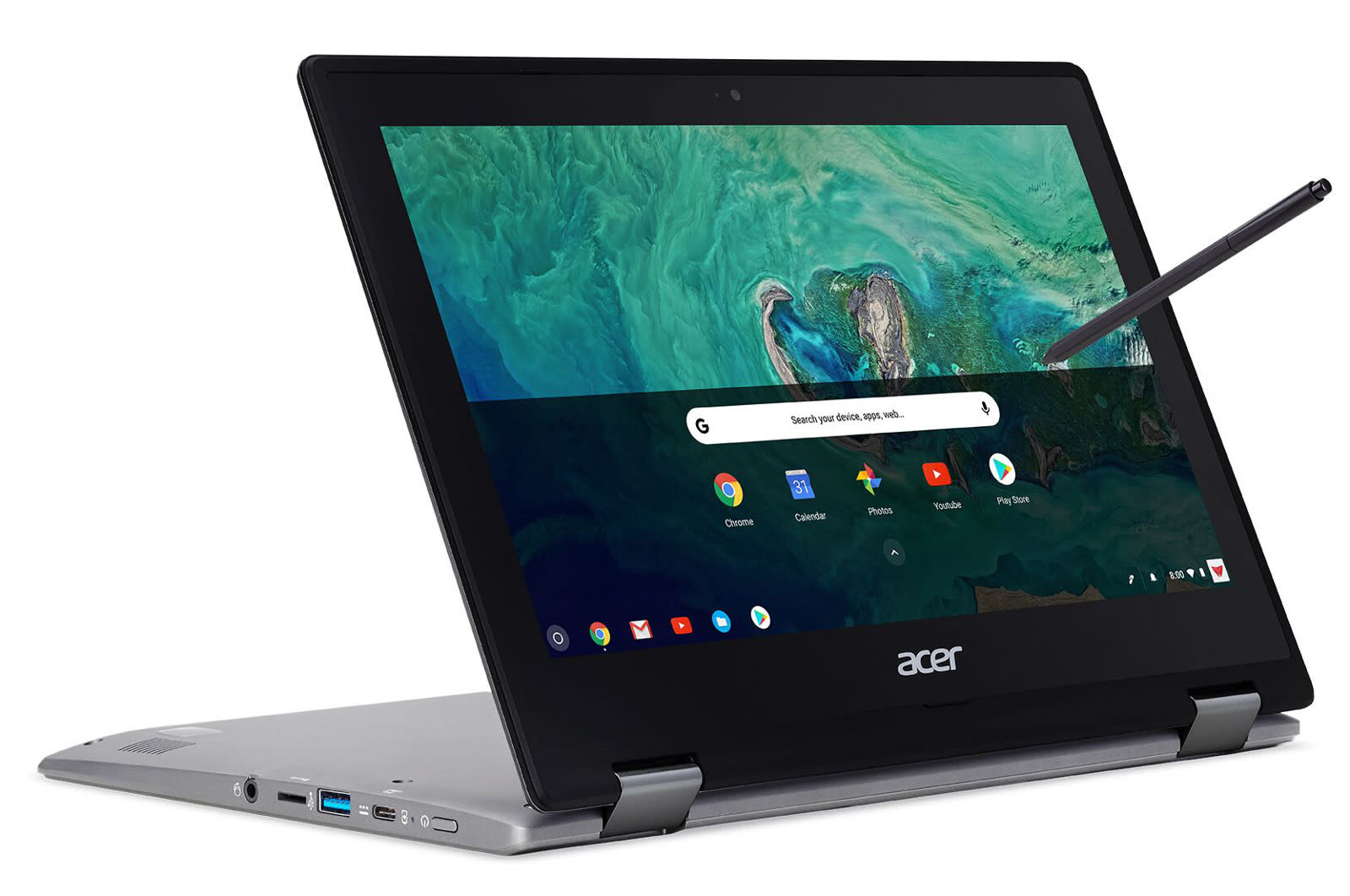 Chrome OS version 64 has made its way to stable channel, which means it's hitting your device very, very soon if it hasn't yet. It'll add a handful of new features and improvements, including a screenshot shortcut if you have a Chromebook with a 360-degree hinge like the Acer Spin. You only have to press the power and the volume down buttons at the same time, like what you'd do on an Android phone. It also adds a flag to make Split View easier to activate and gives Android apps the ability to run in the background. In addition, the update improves your lockscreen's performance, presumably making it faster, and finally enables the use of VPN for apps downloaded from Google Play.

While Google is keeping the list of bug fixes under wraps until most people have installed the update, it has revealed that the version includes "additional browser mitigations" to protect your device against the Spectre and Meltdown vulnerabilities. Chrome OS version 64, of course, comes with version 64 of the Chrome browser. That you're also getting improved pop-up blockers, as well as another feature that can protect you against malicious auto-redirects.

In this article: chromebook, chromeos, chromeos64, gadgetry, gadgets, gear, google, screenshot, spectre
All products recommended by Engadget are selected by our editorial team, independent of our parent company. Some of our stories include affiliate links. If you buy something through one of these links, we may earn an affiliate commission.