A game about penises made Steam live streaming a reality

'Genital Jousting' was banned from Twitch, so developers got creative.

You won't find Genital Jousting on Twitch, largely because the game is populated by a variety of brightly colored penises with X-marked anuses between their testicles. The penises are often clothed, it should be noted, but the gameplay makes this odd anatomy lesson very clear: One of the main mechanics has players attempt to stick a penis tip into the anus of another penis.

So, no, you won't find Genital Jousting on Twitch. It's on the site's list of banned games, alongside titles like Battle Rape, The Maiden Rape Assault: Violent Semen Inferno and Suck My Dick or Die. However, Genital Jousting is not a violent sexual game. It's not even really about intercourse or how silly penises look when they're flopping around a screen -- it's designed to shine a spotlight on toxic masculinity and highlight the perils of a patriarchal society. Its story mode is fully narrated, starring a penis named John as he grapples with a midlife crisis and reevaluates his priorities. In short, Genital Jousting is meant to demystify the penis in an accessible, light-hearted, fully-clothed manner.

Despite the game's intentions, no one at Free Lives -- the studio behind Genital Jousting and Broforce -- was particularly surprised to find the game banned on Twitch. Neither was Nigel Lowrie, co-founder of publisher Devolver Digital. Still, the ban itself came out of nowhere, with no active outreach from Twitch, and it threw the studio's live-streaming plans slightly out of whack. Not that this was a bad thing.

In January, following a series of fortuitous events after the game's Twitch ban, Genital Jousting became the first title to host a live stream directly on its Steam page, penises and all. This is how that happened. 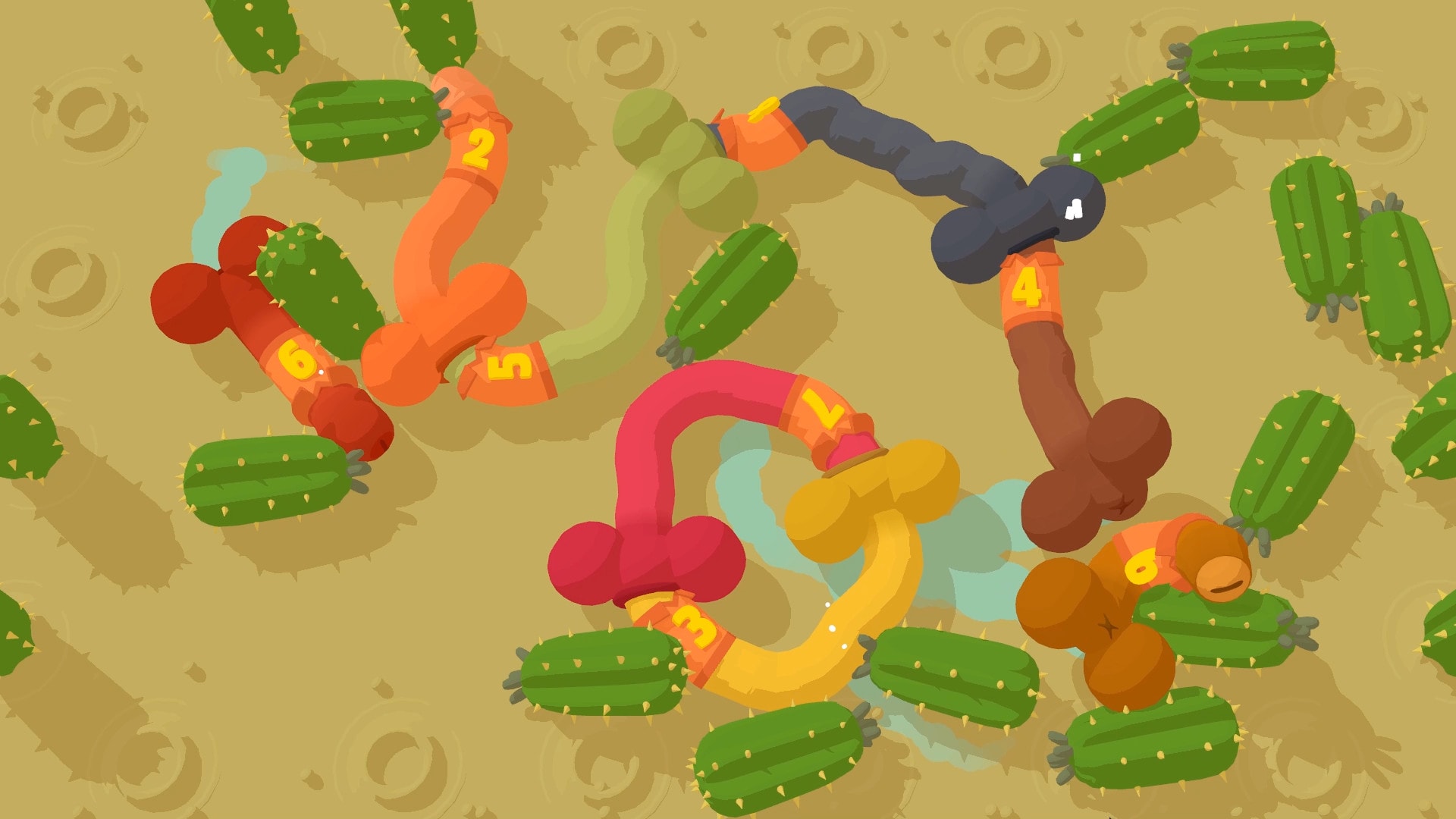 "We were at GDC two years ago and we knew of Genital Jousting, and [Free Lives] brought it to our little space at GDC and they were showing it," Lowrie recalled. "Our guy from Steam, our primary contact from Steam, was hanging out with us just for a meeting. We were having a drink afterward, and we saw this on the screen and everyone's in the crowd laughing and playing this game."

Lowrie turned to the Steam representative and asked, "Hey, is there any reason why this couldn't be on Steam? Because everyone's loving it and it'd be great to release. It's a really fun game." His contact didn't see why not, as long as the proper warnings were posted.

Genital Jousting ended up on Steam Early Access in late 2016 and it was an immediate hit with the YouTube live-streaming community. The same couldn't be said for Twitch -- people started tweeting Lowrie, asking if he knew the game was banned from Amazon's streaming site. He checked out Twitch's list of prohibited games and spotted Genital Jousting sandwiched between Dramatical Murder and Grezzo 1 & 2.

"It's disappointing but also understandable because you have to draw some sort of line, I'm sure," Lowrie said. "I certainly inquired about it, but they pointed to the rules, and the rules are rules." 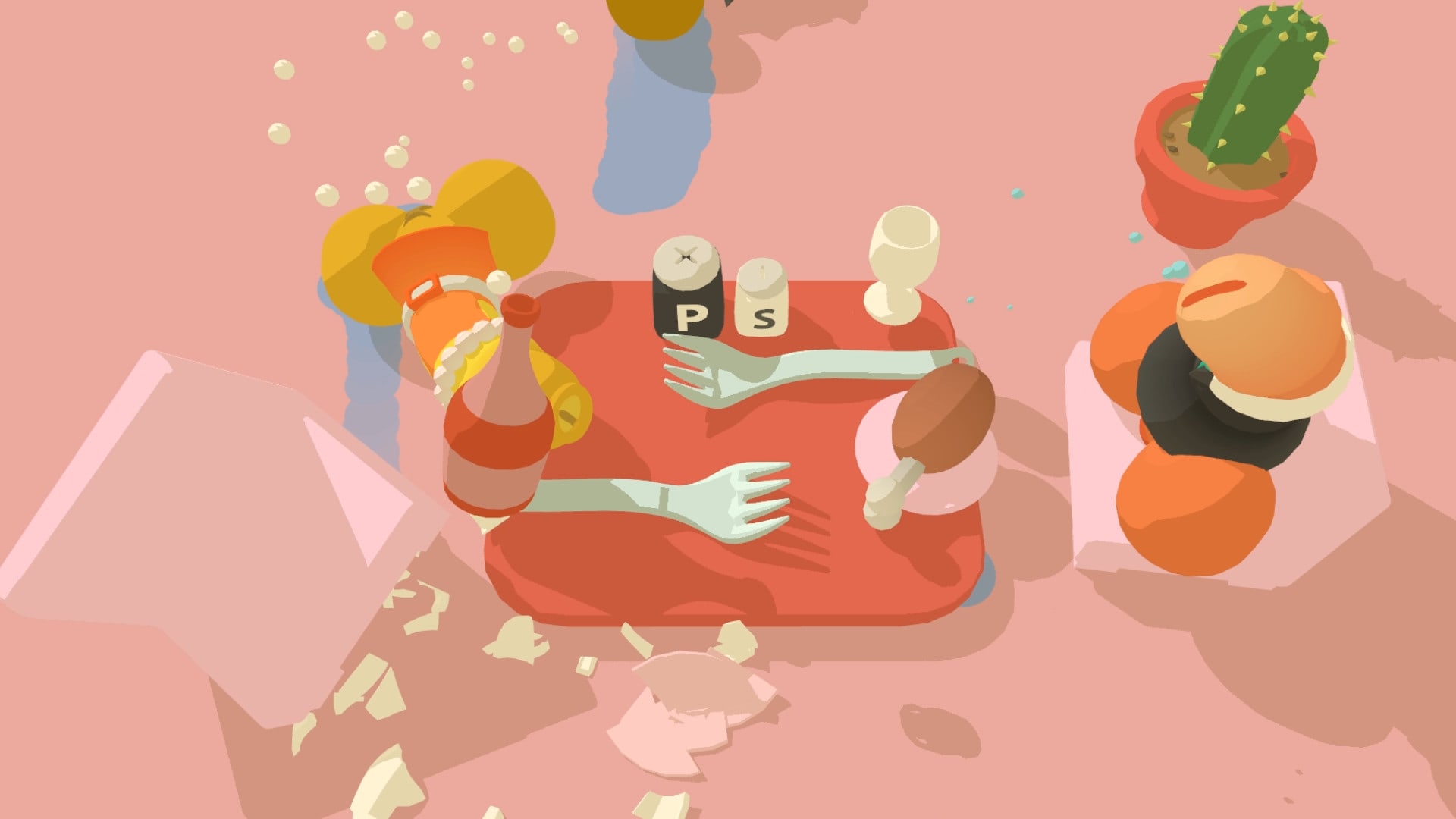 A Twitch representative told Lowrie Genital Jousting had sexual and adult content, and so it got the ax, simple as that.

"It is what it is," Lowrie said. "We're not changing the game. There's no way getting around it. It's a bummer, for sure, because certainly streaming is a huge part of awareness and promoting a game and people enjoying it with their favorite streamers. And it was a bummer because it did have online play, it would've been fun to do. But we were just happy it got on Steam. We were able to sell it and get it out there to a larger audience."

Despite the Twitch blackout, Genital Jousting sold well in Early Access as Free Lives continually updated the game and added new modes. The ban didn't bother Lowrie again until a few weeks ago, in the run-up to the game's complete launch -- fully narrated story mode and all -- on January 18th.

"It did start to bug me again, I guess, because we just want people to have so much fun with this," he said. "I knew that Steam had an internal broadcasting thing for years where you could broadcast your games to your friend group. They could at any time, if they saw you playing, they could peek in and see what you're playing and watch you play."

This was an in-progress Steam feature, still being tested by a handful of beta players. Lowrie had taken advantage of a similar system in May with the big Devolver publisher sale: The studio streamed its games directly to the sale's landing page, allowing folks to see everything in action before buying.

That live stream was supposed to be a one-off thing -- until Lowrie connected the dots. He asked Steam if it would be possible to stream directly to a game page rather than a special sale hub. As luck would have it, engineers were quietly working on this feature. Better yet, it was basically ready for prime time.

"It just happened to be, I don't know, serendipitous -- or coincidental I guess may be a better word -- that I inquired about this ability and at the same time they had been kind of working on it," Lowrie said. "We tested it a couple times and it was awesome because it worked flawlessly. We could dual stream, if we had a different game, we could dual stream to Twitch and to Steam."

"Frankly, I could not believe it," Lowrie said. "But they were like, 'That sounds great.' They went out of their way. They had a dedicated engineer -- shout to Adil -- and he sat with us. We went back and forth on technical things, and they asked us how it looks on the page, and should we put up some nice borders, and what it should say and how chat should operate."

The first ever livestream to a Steam game page is for Genital Jousting and it's glorious. https://t.co/pn2nUOtPfB pic.twitter.com/RqKZlE9YHC

On January 18th, Genital Jousting went live on Steam. Local streamers and Devolver friends played Genital Jousting for six hours, introducing the solo campaign and playing all manner of multiplayer modes. Everything was beamed directly to the game's Steam's page, where viewers could also chat, browse and buy the game.

Over those six hours, the Genital Jousting live stream earned 350,000 unique views, with an average of 4,000 viewers at a time. Compare that with Devolver's Twitch channel, Public Access, which generally receives 50 to 100 concurrent viewers.

"It was awesome," Lowrie said. "It was a cool way to say, OK, we can finally share this and we're gonna share it in a place where people buy it, which is even better. It was fun."

Steam live streams will be commonplace in the near future, as the company opens up this tech to more developers. Devolver itself hosted a stream for the launch of The Red Strings Club, the new game from Gods Will Be Watching studio Deconstructeam, on January 23rd.

"I know other developers started using it," Lowrie said. "They're getting slowly invited out, and then I think eventually it'll be a public deal that all developers and publishers will be able to do." 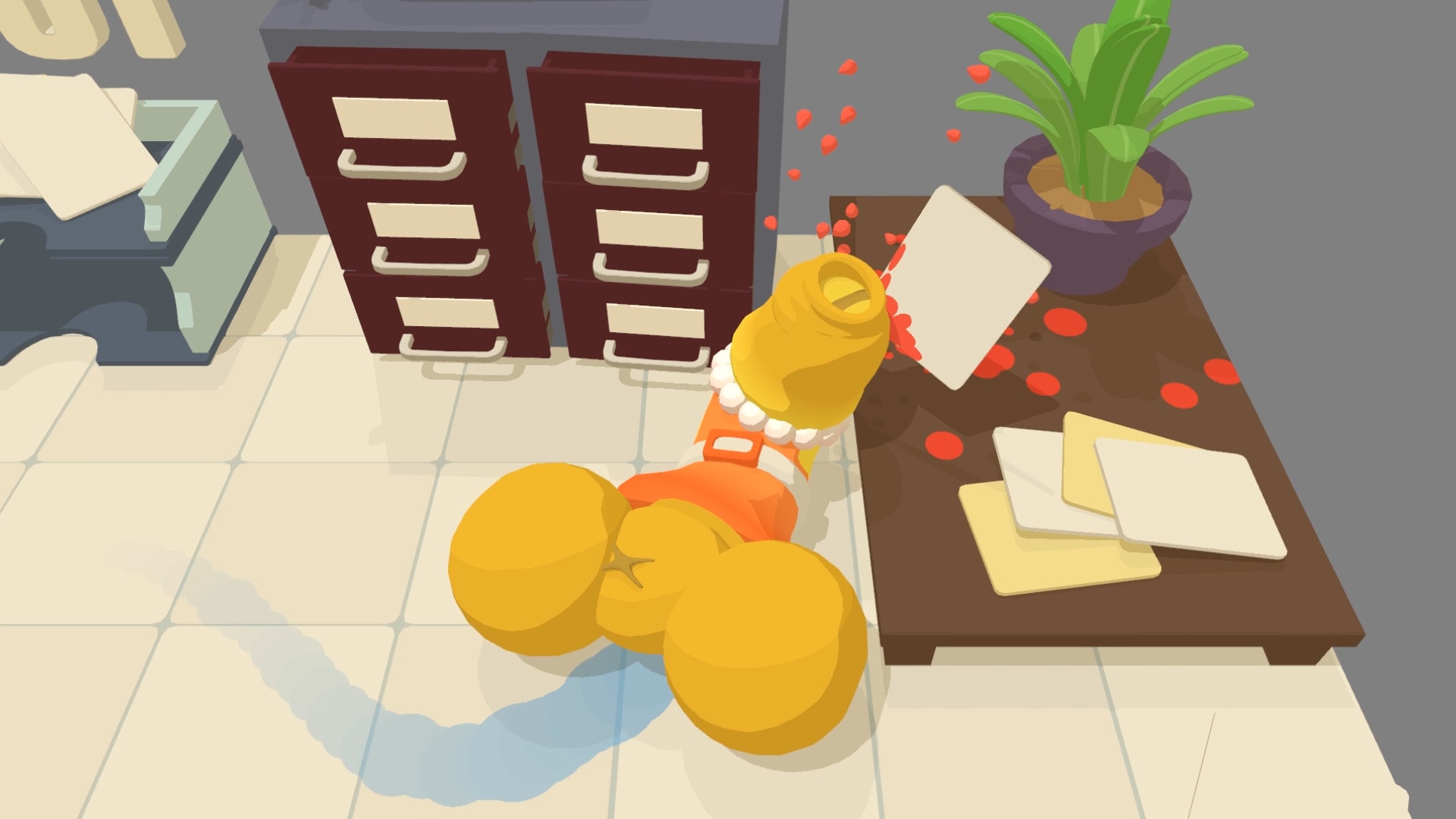 Not every Steam live stream will pull down the high viewership numbers that Genital Jousting did, as the game benefited from being a guinea pig.

"Genital Jousting is largely about disarming masculinity," Free Lives explained in a blog post. "In a patriarchal society, penises are associated with power. They are considered the dominant sexual organ. But in Genital Jousting, they are often the butt of the joke. We want to present the phallus as something silly, abject and nonthreatening."

For conversations like these, there's always Steam, where reviews of Genital Jousting are overwhelmingly positive, a little insightful and full of dick jokes.

"This game has the high potential to be 2018 game of the year," Steam user Quarth wrote. "The wild emotional rollercoaster of the story is captivating and embracing today's social morals. Plus, you play as male genitalia 10/10."

All products recommended by Engadget are selected by our editorial team, independent of our parent company. Some of our stories include affiliate links. If you buy something through one of these links, we may earn an affiliate commission. All prices are correct at the time of publishing.
A game about penises made Steam live streaming a reality
amazon
av
design
devolverdigital
freelives
gaming
genitaljousting
internet
Livestream
sex
steam
streaming
twitch
youtube