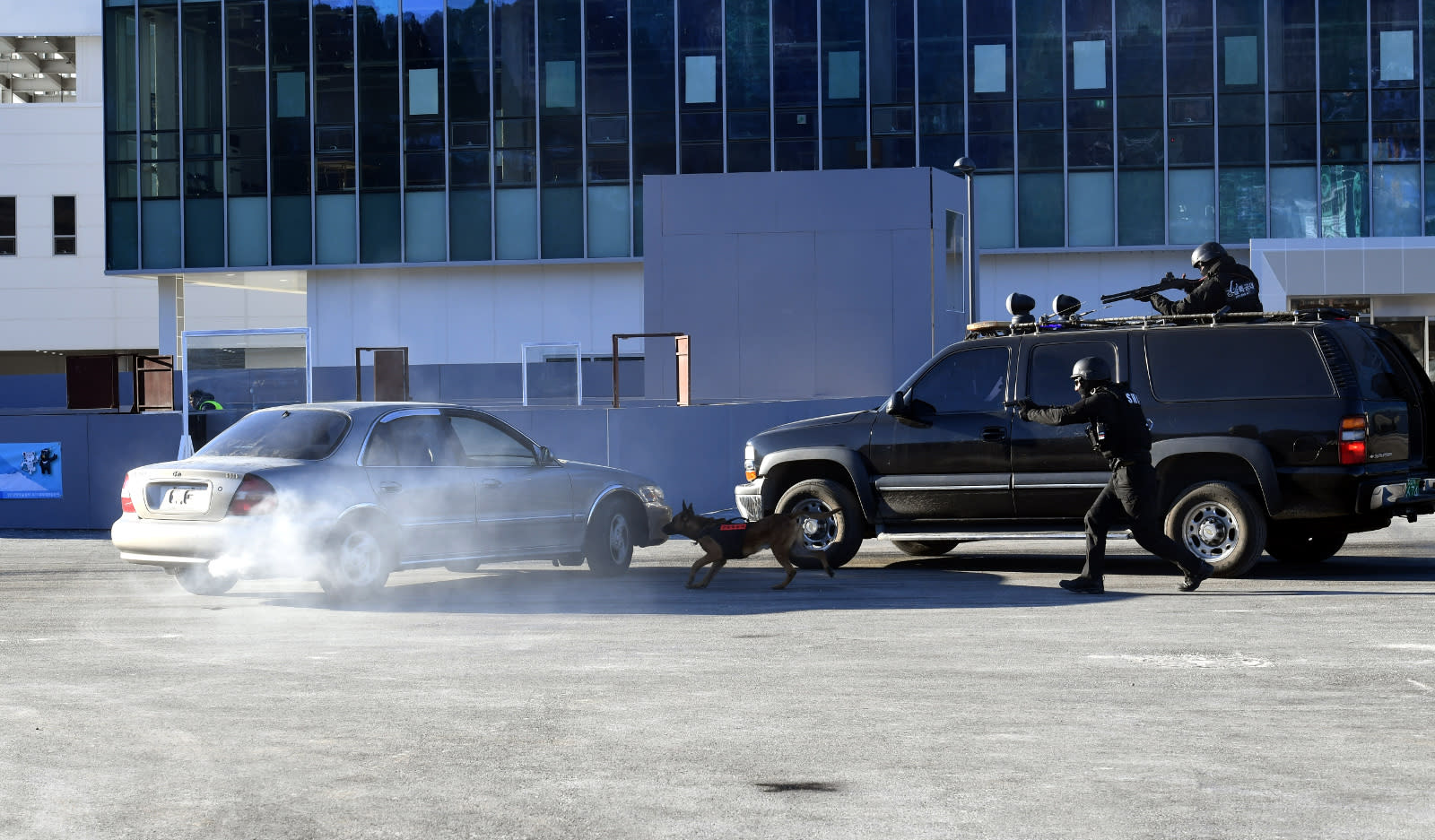 South Korean authorities are adopting some pretty high-tech security measures for the upcoming Winter Olympics, including the deployment of drone-catching-drones and a tactical plane with facial recognition. The drones they're using to patrol the event won't chase away rogue drones that get too close to the venues: they'll cast nets to catch any UAV that shows up on the the security team's radar.

More than being worried about photographers taking unauthorized photos of the games, the Pyeongchang Olympics anti-Terrorism and Safety team are apparently concerned about the possibility of terrorists using drones to drop or plant bombs. In fact, team members have also been training to shoot drones out of the sky, in case their own drones aren't enough. North Korea's participation in the games make it less likely for the country to attack, but it's clear that authorities want to be prepared -- after all, terrorists typically attack huge crowds.

While the team's UAVs are scanning the skies, their tactical plane will focus on what's happening down below. The plane is equipped with high-resolution CCTVs with facial recognition, giving it the ability to keep a close eye on what's happening on the ground from an altitude of around 150 to 200 meters. If it picks up a threat, security personnel will be deployed to the area to handle the incident. Since facial recognition is far from perfect, though, one has to wonder what measures authorities will take to ensure no innocent person gets hurt.

In addition to the drone-catching-drone and the military plane, the Olympics venues will be protected by multiple motion-tracking CCTVs, as well. Pyeongchang's anti-terrorism team will also deploy three X-ray search vehicles, which will be able to see any hidden person or weapons inside vehicles driving into the venues.

In this article: anti-terrorism, drone, dronecatchingdrone, gear, korea, planes, robots, southkorea, tacticalairplanes, winterolympics
All products recommended by Engadget are selected by our editorial team, independent of our parent company. Some of our stories include affiliate links. If you buy something through one of these links, we may earn an affiliate commission.