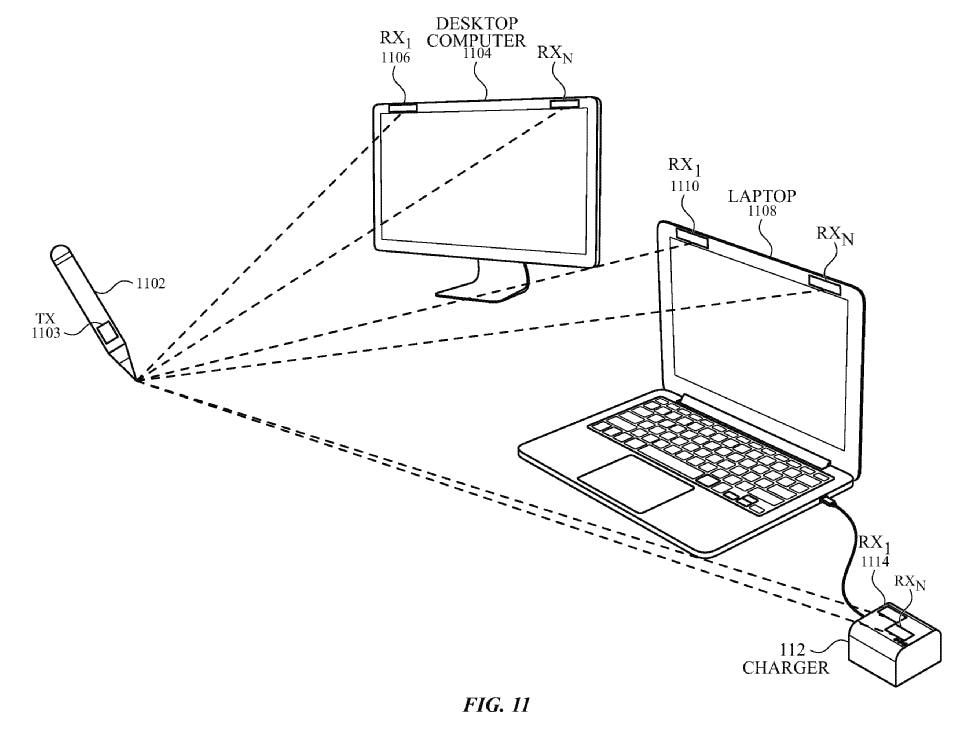 Apple's next Pencil could eschew the iPad Pro entirely. The Cupertino company has filed a patent for a stylus that can be used on any flat surface, and maybe even in the air, as spotted by Dutch site TechTastic. The patent title being "Content Creation Using Electronic Input Device on Non-electronic Surfaces" gives us a few ideas of how Apple might pitch this. Which is great considering how light on details the rest of the patent, filed last July and made public in January, is.

An external sensor (along the line of a Leap Motion) could track the stylus, or its movements could be recorded with onboard accelerometers and positioning sensors. There's also the chance for feedback via an LED light or a small screen on the device. And really that's about all we have to go on.

What's interesting is that one of the patent drawings shows off a bevy of devices with touch screens, including a first-gen iPod and a laptop, alongside an iPhone, iPad and a Watch. Apple might not end up releasing this -- a patent isn't a commitment to production -- but it does seem more compelling as a stylus versus just serving as an on-screen pen as it currently does.

In this article: apple, gear, ipad, ipadpro, iphone, ipod, macbook, patent, pencil, personal computing, personalcomputing, stylus
All products recommended by Engadget are selected by our editorial team, independent of our parent company. Some of our stories include affiliate links. If you buy something through one of these links, we may earn an affiliate commission.