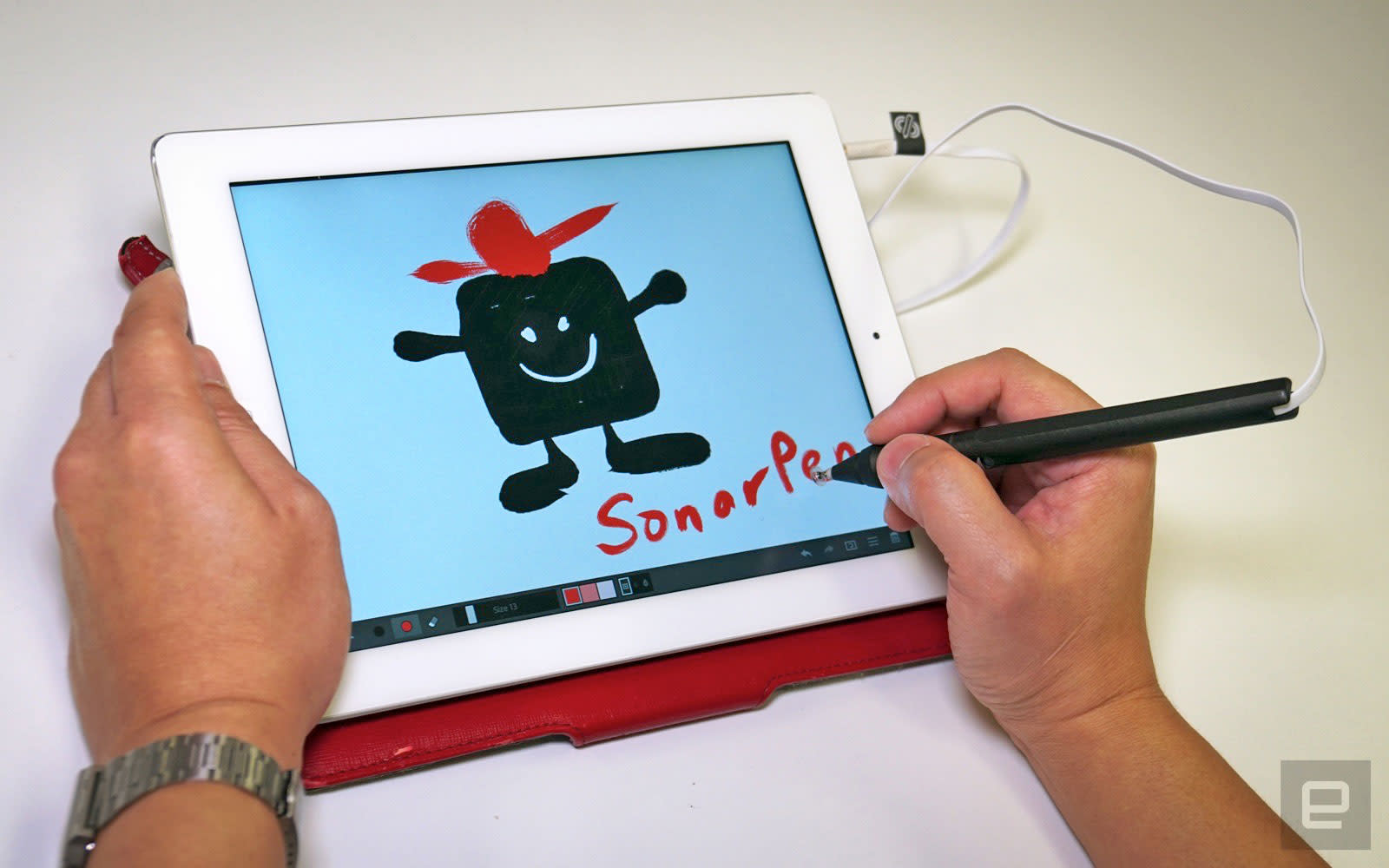 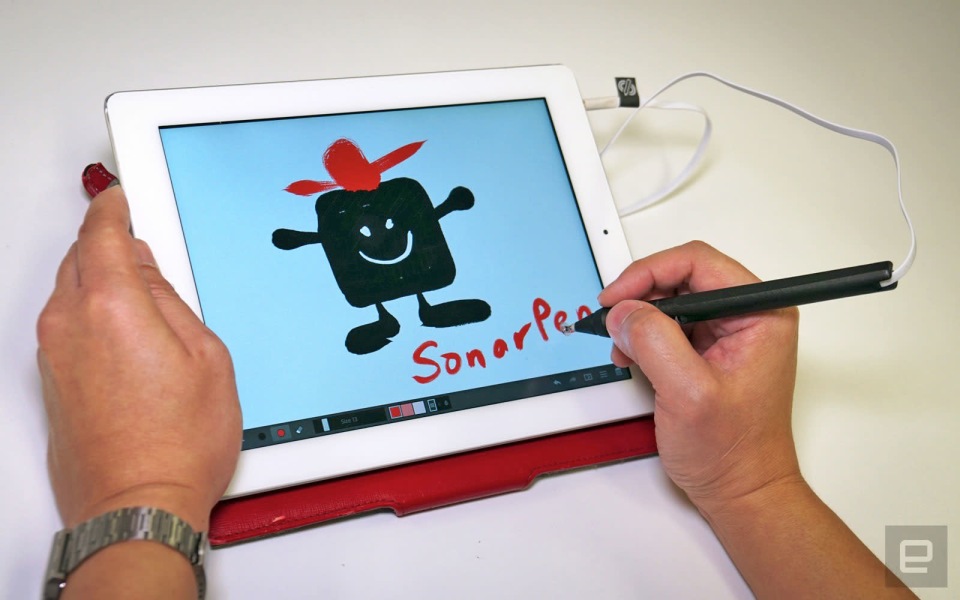 Stylus manufacturers have been working hard to replicate the sensation of writing and sketching on tablets over the years, hence the handful of styli that support pressure sensing and palm rejection these days. Unfortunately, these pens don't come cheap, with the Apple Pencil asking for $99 but is still only compatible with the iPad Pro series. Even the other good styli with greater iPad compatibility start at around $50. However, Hong Kong-based GreenBulb has launched a cunning $30 solution dubbed SonarPen on Kickstarter, yet it supports both pressure sensing and palm rejection by making use of the headphone jack. No charging nor wireless connectivity required here, just plug it in and sketch away. Here's how the SonarPen works: as the name suggests, it relies on audio signal to relay touch and pressure data back to the tablet. And since there is also touch input on the touchscreen itself, the SonarPen supports palm rejection by matching signals from both sides. The interesting part here is that the pressure detection is all analog up to the headphone jack, which is why SonarPen doesn't have a figure for its pressure sensitivity levels; it all depends on the audio-to-digital signal conversion on the iPad.

Two weeks earlier, I got to try 3D-printed prototypes on three iPad models (a 12.9-inch iPad Pro, an iPad Air and a third-gen iPad), and they were consistently responsive in both Zen Brush 2 and GoodNotes. There were a few occasions when the SonarPen wasn't detected after being plugged back in, which required us to relaunch the apps, but that should be fixed well before launch. According to inventor Elton Leung, SonarPen doesn't need its own app; you just have to select SonarPen in supported sketching or note-taking apps, and apparently more apps will join the list soon. Likewise, you can customize the SonarPen's shortcut button in those apps. When in other apps, though, the SonarPen still serves as a "dumb" stylus sans pressure sensitivity.

As for general usage, the size and shape of the SonarPen felt just like any ordinary pen, and the transparent disc around the replaceable conductive tip didn't bother me at all. Similarly, the cable didn't get in the way as long as the headphone jack was on the same side as my writing hand. The pen has a groove that cuts through the middle of the body for wrapping up the sturdy flat cable, so you don't have to worry about it tangling up. Better yet, each SonarPen comes with a handy magnetic pen holder, which can be stuck to the back of your iPad via its 3M adhesive.

For a $30 stylus, the SonarPen is surprisingly capable with minimal fuss, and it's compatible with all iPads except for the first-gen model, so this is a relatively cheap and cheerful way to turn your old iPads into sketchpads. For now, SonarPen is available for backing on Kickstarter with the usual early-bird discounts, and it's expected to ship in June later this year.

Update: Leung has confirmed that the SonarPen also works on all iPhones sold after March 2011, even when plugged into a Lightning adapter. Technically speaking, the stylus can also support Windows and Android later on, but that will depend on how the market responds to this product.

In this article: gadgetry, gadgets, gear, greenbulb, hands-on, ipad, sonarpen, stylus
All products recommended by Engadget are selected by our editorial team, independent of our parent company. Some of our stories include affiliate links. If you buy something through one of these links, we may earn an affiliate commission.