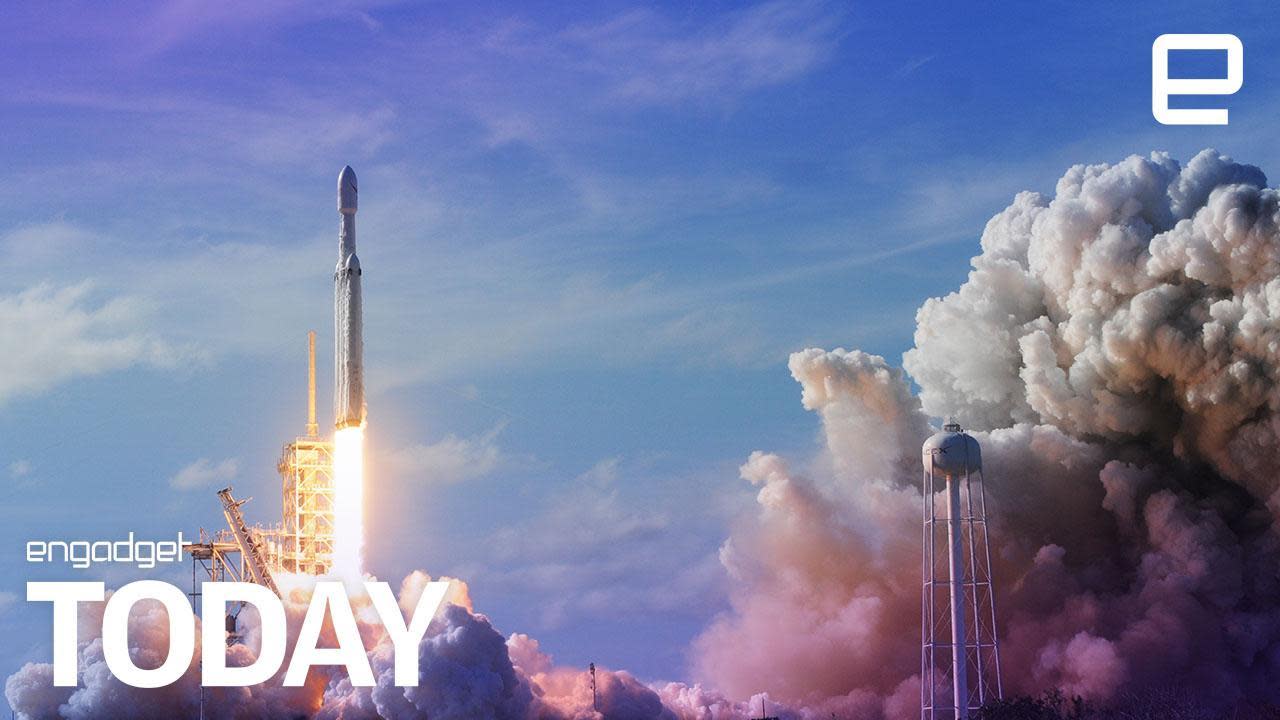 SpaceX pulled off quite the feat today when it launched the Falcon Heavy rocket. What's more, it landed the two flanking boosters in perfect synchronized formation. But the fate of the core booster was unclear; now it appears that the center booster, which was supposed to land on a drone ship, was lost.

Elon Musk said on a conference call with reporters that the launch "seems to have gone as well as one could have hoped with the exception of center core. The center core obviously didn't land on the drone ship" and he said that "we're looking at the issue." Musk says that the core ran out of propellant, which kept the core from being able to slow down as much as it needed for landing. Because of that, the core apparently hit the water at 300MPH, and it was about 100 meters from the ship. "It was enough to take out two thrusters and shower the deck with shrapnel," Musk said. That should be worth seeing on video: "We have the video," Musk confirmed, "it sounds like some pretty fun footage... if the cameras didn't get blown up as well."

It's been suspected that the core was lost since just after the other two rockets landed successfully. The video feed from the center core cut out, and we didn't hear anything official in the intervening three-plus hours. Audio from an unpublished YouTube video also seemed to confirm the loss of the center core; "we lost the center core" can be clearly heard on the recording. Without any context, though, it was hard to know for certain if they were talking about communications or the rocket itself.

This shouldn't take away from SpaceX's spectacular achievement today. The goal of this demo launch was to prove that the Falcon Heavy was ready for flight, and it more than accomplished that. Landing the first stages is always a secondary objective, and no one should overlook the fact that the company was able to land two of the three boosters at once. SpaceX will likely learn quite a bit from this failure, and be better prepared to land all three boosters next time, which will probably be in three to four months.

In this article: dailyshow, Engadget, EngadgetToday, engadgetvideo, entertainment, falconheavy, rocket, space, spacex, tomorrow
All products recommended by Engadget are selected by our editorial team, independent of our parent company. Some of our stories include affiliate links. If you buy something through one of these links, we may earn an affiliate commission.