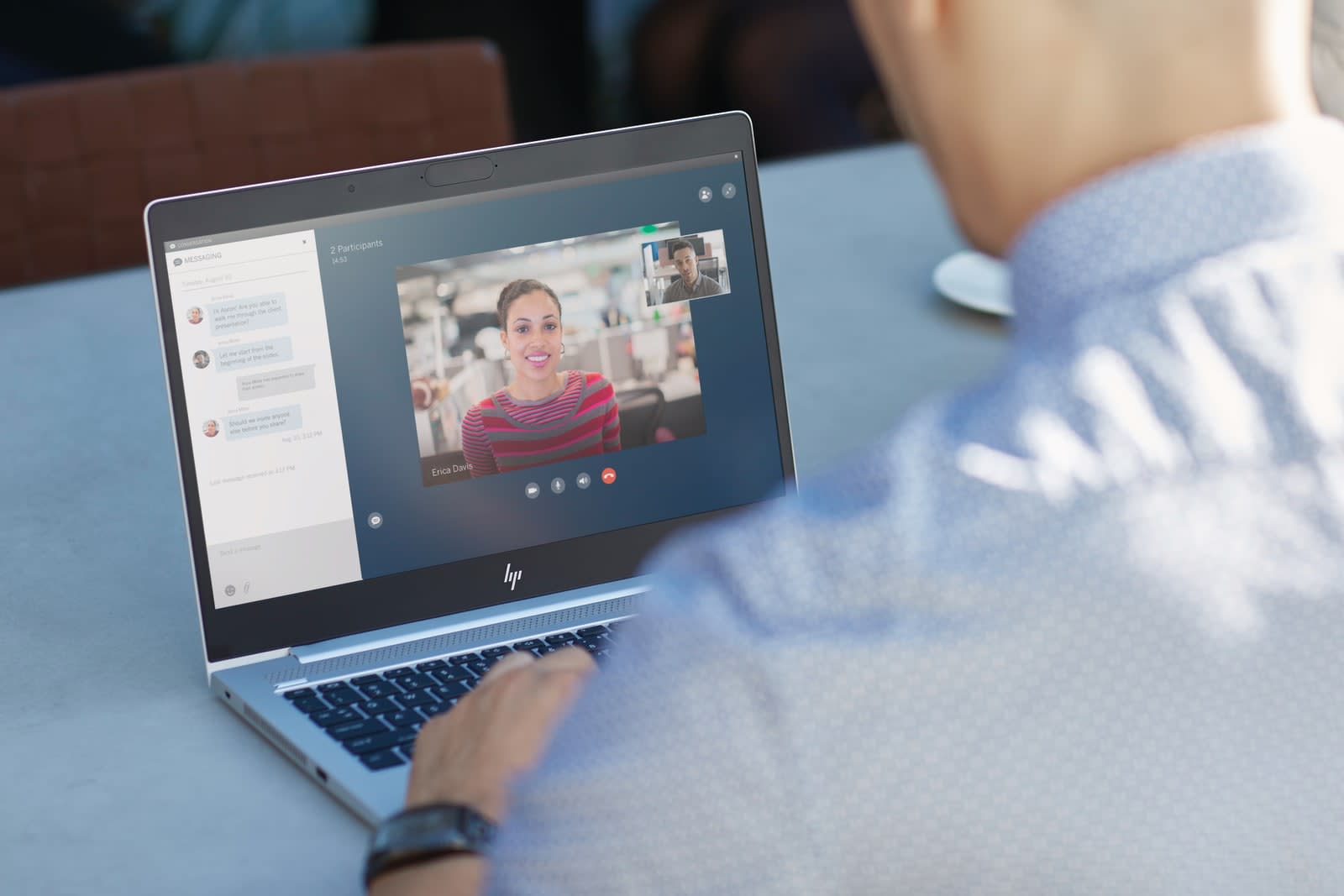 Laptop updates are no longer confined to boring iterative improvements year after year. We're starting to see useful new features being introduced to PCs, even if they aren't the most groundbreaking ideas. Case in point: HP's new business notebooks will not only sport the latest eighth-generation Intel Core chipsets, but also come with "world-facing" mics for clearer conference calls, among other new tools. The so-called world-facing mic is actually a microphone on the outside of the laptop's lid, and can be used in two modes. When you're in conferencing mode and the people around you are also participants in your call, the outside mic can better pick up their voices. In individual mode, the extra mic can be used for noise cancellation, making for stronger projection of your voice. It's not just for Skype calls, either, since the feature is managed by HP's built-in Noise Cancellation software and is meant for "PC calls".

That's not the only nifty addition to the EliteBook 800 series. You can also get a built-in shutter for your webcam, a la Lenovo's new Thinkpad X1 line, and get features like the built-in privacy screen that was introduced two years ago. HP's Sure Click software will also defend your laptop against malware, by running your browser in an isolated container so the things you come across while on the web won't infect the rest of your machine. There's also PhoneWise, which was announced in January and will let you get your iPhone or Android's notifications on your PC, similar to Dell's Mobile Connect system. It doesn't look as if HP's problematic Touchpoint software will come installed.

With the EliteBook 800 refresh, the 13-inch 830 G5 model will replace the existing 820 G4, while the 840 G5 and 850 G5 offer 14- and 15-inch screens respectively. They'll all sport narrower bezels than before, and HP promises an ultrabright display that should make for easier reading under harsh light, although the company didn't provide a measurement for this. Only the two larger models will come with discrete graphics, though -- the 13-incher will only be available with integrated Intel graphics. The 830 will also only go up to full HD resolution, while its two larger brothers can be configured up to 4K.

In this article: gadgetry, gadgets, gear, hp, HpElitebook, hpelitebook850, laptops, personal computing, personalcomputing
All products recommended by Engadget are selected by our editorial team, independent of our parent company. Some of our stories include affiliate links. If you buy something through one of these links, we may earn an affiliate commission.